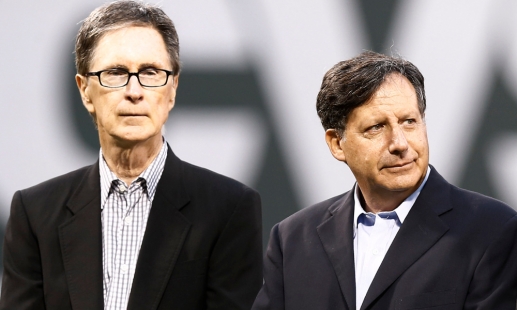 As 2014 comes to a close, John Henry and I want to send our supporters around the globe our best wishes for a happy and healthy New Year.

Reflecting on the club's activities these past 12 months, there was much to celebrate during our memorable season that ended in May. While we did not achieve our ultimate ambition in winning the Premier League, our style of play captured the attention of the world as the club played attacking football, scoring 101 goals. Luis Suarez was named the best player in English football, winning the PFA Player of the Year award; Brendan Rodgers was awarded the LMA Manager of the Year award; and our captain, Steven Gerrard, continued to demonstrate his talents as one of the greatest football players of our era.

As you would expect losing a footballer as capable as Luis Suarez and making a number of new signings, our season has gotten off to a slower start than we would have wanted. However, in the past few weeks we are pleased to see a number of positive signs as new players start to settle into life at Anfield.

As we look at the table this New Year's Eve, we have closed the gap between Liverpool and the top four clubs to five points. We look forward to the return of Daniel Sturridge sometime in late January. We are very encouraged by his efforts and determination to resolve his injuries. Great progress has been made that should help him going forward.

Off the pitch, 2014 has been a momentous year in the steps we have taken to expand the Main Stand at Anfield. After years of discussion, many of which preceded our stewardship, we are now moving forward with a design that will add around 8,500 new seats. The construction work will be finished during the 2016-2017 season, and it will combine our great history and tradition with the amenities of a 21st-century facility. If you visit the grounds in the next few weeks, you will see that the demolition has started.

As I said during an interview on LFCTV HD last month, we are excited not just for our supporters, but also because we are part of a carefully developed regeneration plan in partnership with Mayor Anderson and the City Council, as well as Your Housing and the homeowners in Anfield, to make this a more vibrant community.

We are also encouraged by the fine work of our senior management team at the club, led by Ian Ayre. 2014 saw us achieving the highest revenues of the club in its history, and, as we have stated numerous times in the past, every pound we make is reinvested in strengthening the club.

Other highlights of the year include an extremely successful tour in the United States, where we are creating many new supporters; the start of our first ever commercial office in London, led by Billy Hogan; and a reinvigorated LFCTV HD channel offering live, daily news broadcasts from Melwood.

Returning to our performance on the pitch and as Brendan said in his post-match interview after the Swansea City game: "The second part of the season offers us real excitement. You see the team as it is playing now, and how they're working, and we are very much together and looking to get results."

John and I want to end this message by commenting on a different subject. Today it has been announced that Margaret Aspinall and Trevor Hicks have been made CBEs in Her Majesty The Queen's New Year Honours List for their services to bereaved Hillsborough families. Like all of you, we have been tremendously inspired by their tenacity, courage and dignity, and we congratulate Margaret and Trevor on their richly deserved awards.

Page 1 of 1
Permissions in this forum:
You cannot reply to topics in this forum
Latest topics
» Pressi Mbappe: The monster QSG made

Today at 7:50 pm by The Demon of Carthage

Yesterday at 7:24 pm by sportsczy

Yesterday at 3:39 pm by Arquitecto

Yesterday at 12:07 pm by chairylegg