Yesterday I appreciated also the match played by Sneijder, a player who is in my heart for logical reasons .
Even when he is in decline , he is capable to play great matches with Holland , he has always played well for his NT , in 2008 and 2010 he was unreal . unlike for example of Seedorf, that despite his Amazing performances with clubs wasn't the same with Netherlands imo

Also Van Gaal showed to anyone who doubted him he's still a brilliant coach.

anyway i know Costa scored a lot of goals but everytime i watched him which is a lot now he is thoroughly disappointing. For a while his movement was good but then Holland snuffed it out, his first touch continues to be s*** everytime i see him which is ok for Atletico as they are counter attacking team so he gets lots of space but not for Spain.

Chile are mad f*ckers, playing Medel at CB and i think a RB too

love watching them play even if they have the tendency to self destruct at times but i suppose that's part of the charm and Sanchez was outstanding if Barca sell him they want shooting. As for Australia kudos to them, they clearly lack talent but they showed a lot of guts.

World Cup so far has been

Trying to study for exams during the world cup is very, very difficult. It's been great so far, even though Australia lost.

good luck...one of my friend already postponed 3 exams due to world cup, he has to give them in the next semester now

Not that I disagree, but de Guzman had a good game, imo, deserves some credit. Does a good job both ways.

Don't disagree Art, but Strootman is just a much much better player.

VDB biggest problem was not the squad he took. Its normal he chose the players he did, until they truly fail it only makes sense the old guard continue for aslong as they want.

His problem was his awful team selection, playing directly into Holland's plan.

Everyone knows, when you play against 3/5 defenders, you need to take advantage of the space which exists between fullback and outside centerbacks or at least on the wings, whichever one they give you. Must play with guys who move toward goal without the ball.

The side defenders Indi and De Virj can simply follow them into the midfield, Blind and Jaanmaat drop back into the space and Costa is 1 vs 3 with no channels to run into and no space behind.

Costa playing is just foolish, he only does what he does when he can run into channels and chase lost causes...Spain dont play that way, they play precise balls, to everyone's feet, not into spaces. Plus, when Holland defend like I said, there is no space to run into anyway. All he can do is act as an pivot, receive the ball back to goal and then pass it back into midfield. He has pretty bad touches so that just makes him look even worse.

Back to Holland though, because of their set up when the Spain fullbacks come forward the real action takes place. Lets say Alba gets the ball, Janmaat comes out to him, the CB drops back the space he left (the position you would expect him to be on paper anyway) and De Guzman into the space in front of the defence (on that side). Its perfect.

And its just the same on the other side if Azpli gets it. Blind out, Indi in, De Jong in front of the defence.

The free man in all this is Xavi. Busquets is back almost like a 3rd CB, Alonso is scared to cross the half way line because he cant get back. So he isnt going to advance with or without the ball, its Xavi who theoretically can be the danger man. But he isnt a 10, he is going to recieve the ball in places he is supposed to turn and shoot, turn and dribble or turn and pass. He can do the last one, but there is no runners in front of him.

Costa got a great chance when he did do it, Xavi played a great ball to him and he took an age to shoot. Plus there was the penalty situation, so Xavi did do some things and Holland's set up while ideal doesnt mean there with be no chances at all. But on the whole Holland took Costa out of the game without having to do much other than following the plan. No special defensive performance by an individual, no physical superiority nor did they have to really outthink him. Just follow the tactics.

Of course, if it wasnt Iniesta/Silva but an actual forward (like Villa or Pedro) this probably wouldnt work so well, because their run towards the goal would cause the defence to deal with 2 different things at once (that run, plus an advancing midfielder) rather than just 1 (Iniesta/Silva in the space).

Anyway, this set up invites the Spain fullbacks forward but this only plays further in Dutch hands because it leaves RVP and Robben basically 2 v 2 with the clown CB pairing. Fullbacks not covering, Busquets and Alonso have no ability to defend in transitions..its like the ideal tactical situation for Holland, giving them the very best chances to win the game.

Again, we are back to VDB. Non-nonsensical selection with parts that dont truly fit, or more accurately complement each other.

I, for one, was thoroughly surprised by the Holland/Spain result. I had expected the Dutch side to fall a bit flat in this tournament. Quite honestly, I expected them to be worn down by Spain's possession and eventually succumb to a 1-0 loss, much like the final in South Africa.

It's not that there isn't quality in the side; obviously, there is plenty. It was more a question of form and injuries going into the tournament. They'd lost both of their best midfield controllers (Van der Vaart and Strootman), they had defense composed of unproven and under-quality players (de Vrij and Martins-Indi are unproven, you can make the connection regarding Vlaar), and their main striker was injured/out of form for the best part of the second-half of the season. For all those reasons, I expected them to struggle.

So what happened yesterday? Well, obviously, Van Persie has found his form, and that could be critical for the Dutch. If he’s striking like that, then the Dutch may be able to overcome a lot of adversity in other areas of the pitch. He did it for Arsenal for years and won United the league two years ago by doing precisely that: producing goals against the run of play in tight matches.

Moreover, the Spanish attack wasn’t well set up to penetrate the Dutch defense. The Spanish played with one striker. (Granted, that’s one more than they usually have…) However, the Dutch were able to corral and contain him fairly easily with their 3CB set-up. Moreover, they weren’t often left in one-on-one situations, thanks to the typically slow build-up of the Spanish side. Sides playing with multiple forwards, pressing high, and playing in a fast counter-attacking style will test them far more than Costa, despite his individual quality.

In summary, a perfect storm of factors went right for the Dutch, and the Spanish side was left reeling from the effects. Is this a predictor of what will happen throughout the rest of the group stage and beyond, or was this a bit of a fluke? Only time will tell, for sure. However, it’s safe to say that Spain aren’t the invincible giants they have seemed to be over the last four years, and Holland may not be as helpless as some thought following several injuries and some loss of form. I hada previously thought Chile would escape the group at the expense of one of the two European giants, and it could still happen. It is, however, much more uncertain which European giant will fail to make it out of this group.

Finishing 1st in group B is very important because Brazil will improve in next 2 games so they are best to avoid imo, in the round of 16 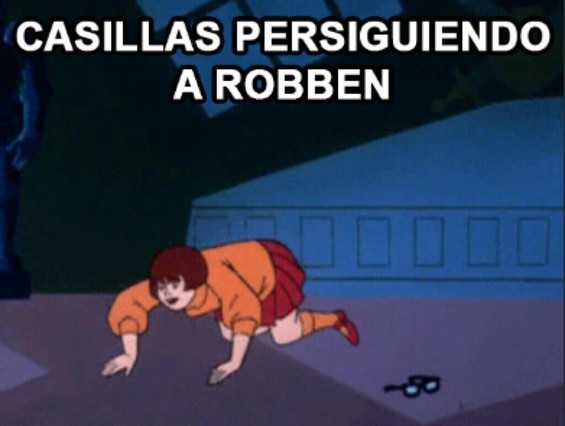 Mad at the ref for ruining his shoes

Mad at the ref for ruining his shoes

YES!! Thank you!! I was searching for that gif.

My absolute favourite moment of the game
This kid will be a star. That death stare

How did you guys feel about NDJ's performance? Thought he had a great game.

De Jong was very solid. He did well. If I'm LVG I replace De Guzman and Indi in the line-up with Wijnaldum or Clasie and Veltman. Indi was the worst player on the pitch IMO.

Yeah, de Jong was great, but the game was also made for him.

good luck...one of my friend already postponed 3 exams due to world cup, he has to give them in the next semester now

Unlike me, he's got his priorities straight.

History favours Australia which never lost against the Netherlands (the nations have played each other 3 times. 2 draws, 1 win to Australia (2006).

if anyone's in amsterdam for the aus-ned game let me know, we can get a beer haha

hit me up che

Meh. The Dutch in blue look so un-Dutch. I want them in their proper oranje!

Pity that Mitch Langerak doesn't guard the Aussie goal. I hope he doesn't ruin his career by only sitting on the Dortmund bench all the time.

Page 10 of 18
Permissions in this forum:
You cannot reply to topics in this forum
Latest topics
» The Official Real Madrid 21-22 Match Day Thread