I think some of these words are used interchangeably when they really shouldn't. Can we agree on a definition for each?

Style = The way a teams plays.

Tactics = How the team plays. More in depth to style.

Strategy = A way to achieve a certain goal.

In terms of football, I don't see anything wrong with using them interchangeably, because football tactics, views, ideas etc can be elaborate.

As usual BarrileteCosmico, you pose questions that are both thought provoking and relevant at the same time. Congratulations on becoming moderator of this esteemed forum. I can think of none worthier of the title apart from myself.

Now unto the question. I will be using Cruyffian philosophy as the basis of my definition. In terms of philosophy, teams strive to achieve antagonism and protagonism on the pitch. We have the classic example of teams such as the Golden ajax of the 1970s that followed the highly esteemed total football philosophy and of course, it's modern day incantation now being played in the Camp Nou. On the side of antagonism, we have teams that are dedicated to stopping others from playing, famous examples of this anti football approach can be seen with Chelsea when they infamously won the champions league and sullied the name of our treasured sport, bringing every thing we hold so dear into disrepute. Another famous example are Inter Milan under the one Jose 'anti football' Mourninho, who's team became famous for it's lack of attacking impetus.

Style is a lot more open to interpretation. I think the tactical implementation on the pitch defines whether a strategy is designed to be destructive or conductive, reductive or deductive, aesthetically pleasing to revolting. Tactics are the way the players express a philosophy on a pitch and varies with different teams. So if we were to use Barcelona as an example, Barcelona's strategy is to pass with triangles, the tactics might be different depending on the opposition, so Lionel Messi might attack more on the right and drop deep to overload the midfield areas. Different players express the philosophy on the pitch (tactics) in differing ways. So for example both Tello and Alexisis express Barcelona's attacking philosophy on the wings differently. Cesc expresses the fake 9 position differently from Messi and while the overlying philsophy is the same, the strategy (what the manger wants the players to do) and what they actually do (tactics) will be different. 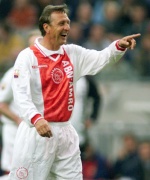 To be honest, isn't the subject of whether or not some of these words are incorrectly interchanged, one of subjectivity ? I've asked because I do believe some ( or at least one ) can be interchanged. In fact, I do believe the whole topic is subjective because I think we'll see different opinions expressed in posts to come. Great topic though.
( I am just curious by the way)

These are my understandings and interpretation(s) of the words in football ( tentative if I am wrong) :

Philosophy - Sorry but this is hard to explain for me . I not only view it from a tactical stand point but also more holistically. It is the way, preference, belief and desire that a manager or owner/board members of the club may have to run a club whether tactically or even through player purchases. That is ; a favoured playing style, player development, player purchases etc.

Style - The manner at which a team actually plays

The above is why I believe they are partly interchangeable. They are both responsible for the identity of a team and provides substance and flavour!

Tactics - I see tactics meshed with all 3 honestly but as I begin to see it , it is more of the applier than '' strategy '' .So I think it is the application of the semantics and specifics involved in style, philosophy ( partly, like tactical philosophy but not always applicable though) and strategy. Tactics entail player roles,formations,marking , pressing and probably even more. So basically , I feel tactics are the calculated ways/methods used to exploit , weaken or nullify the opposition.

Strategy - The overall plan of the team to get the result wanted and is thus more, about conceptualization than action.

This is just my opinion though. I'd like to see what others will say and what their view are .

Philosophy and style are similar to me, but the the difference for me anyway, is that if you use the word "style" its more a general term to throw in a discussion/conversation. But Philosophy, we speak in alot more detail and depth about the ideas the team (or the coach imparts on the team) have. That meaning, the defining characteristics of the style or you could say a system (another word you could of thrown in this people use interchangeably) the entire team, regardless of personale are playing to.

Tactics to me are more about smaller details with the teams formation. So, how many lines you play with and how players move within their line defensively and offensively. This sounds simple, but really it refers to a lot of things. How close the lines are to each other, how the players within the line move in relation to the ball, the opponent and other players within the same or the closest line. All this impacts on your offside line, your pressing, your containing, the depth you play with, how vertical you play and more. Often, your tactics in part, are chosen for you based on your philosophy and the personale you have.

Strategy to me are specific plans, usually for a specific opponent, which you can use to get an advantage. An example could be, because your playing a team with a taller striker who is strong in the air or collecting long passes, but lacks mobility...a strategy could be to play with a high line and midfield line very close to the defence line, therefore forcing the striker as far from goal as possible while being able to challenge any of the striker's knock down's from the long pass.

Thats how I take it all, more or less.

By the way, I did notice I didnt define it like the OP asked. That seems quite a challenge to fully define it in shorter words. At least for me.

Philosophy is an overarching concept that incorporates all aspects of the club, from finances, to transfers, to tactics, to style, and strategy.

Style is a visual manifestation of the tactics and the players who are employed in that system.

Tactics and strategy are mostly interchangeable to me. Strategy has a more immediate connotation for me for some reason. Strategy sounds like the part of the tactical setup that changes each week based on which team you are playing. Not really much difference between the terms though.

Forza wrote:Philosophy is an overarching concept that incorporates all aspects of the club, from finances, to transfers, to tactics, to style, and strategy.

Style is a visual manifestation of the tactics and the players who are employed in that system.

Tactics and strategy are mostly interchangeable to me. Strategy has a more immediate connotation for me for some reason. Strategy sounds like the part of the tactical setup that changes each week baEsed on which team you are playing. Not really much difference between the terms though.

Tactics in my opinion are a way to implement a strategy. It's a hierarchy as far as I'm concerned. Philosophy is the overall mantra of your team, the embodiment of the manner in which your club plays. That's not to say that it's impossible to win a different way, rather a preferable way of how you've watched your team in the past.

Philosophy defines how a team tries to play indiscriminate of who is on the field be it their opponents or their own players.

Style defines how the manager and or players implement their play.

Tactics define what a team attempts to excecute and change the game in their favor.

Strategy defines the overall image of the teams intentions.

Also, one thing I'd like to point out to the Dutchman. Protagonism and Antagonism are defined only by two things.

The Shirt or The Spectator.