Football star Craig Bellamy has tearfully revealed how his marriage is over, saying: “It’s the worst time in my life ever.”

Speaking to the Sunday Mirror, the former ­Manchester City and Liverpool striker tells how the death of close friend Gary Speed left him so heartbroken it destroyed his relationship with wife Claire.

The Cardiff City player has now moved out the £2million home he shared with his childhood sweetheart and their three children, saying he no longer cares about football.

“I’ve been living on my own for eight weeks now,” he says. “There’s no one else involved. I wish there was. I wish I had someone and I wish she (Claire) had someone. That would make it easier.

“It’s about real people, human ­beings, kids and families. I can’t tell you how hard it is. It’s the worst time in my life ever.”

Speaking at the flat he has rented just outside the city, tears fill his eyes as he speaks about Speed, 42, who was found ­hanging in the garage of his home in Cheshire last November.

The father of two was Bellamy’s former boss at Cardiff City and also used to play with him at ­Newcastle.

“Losing my best mate has affected everything,” Bellamy says. “I can’t believe how hard it is. It has had an effect on everything.

“He was the best mate I’ve ever had. It’s sad but unfortunately it got to my ­marriage. I’m here and she’s there.

His comments come only weeks after he starred at the Olympics as captain of Team GB. He bravely put aside his ­personal ­heartache as he led the team as far as the ­quarter finals.

Bellamy, 33, known as the bad boy of ­football, first started going out with Claire, also 33, when they were schoolchildren and they married in 2006.

He has often spoken of how important his wife and three children are to him.

“I surround myself with family,” he said last August. “I have got the most ­incredible wife in the world and ­unbelievable kids.”

And in an interview last year he spoke revealingly about how he often suffered from homesickness while away playing for his team.

“I spent nights crying myself to sleep,” he said. “I look at ­everything I have. I look at my children and everything I have is due to that. Now even if I spend Friday night away in a hotel, just one night, I can’t wait to get home.

“Before I would spend all my hours at training, come home, sleep, eat, watch ­football, sleep and go back to training the next day. Now I do the school run, train, pick up my daughter. I am ­living in the real world. I am a father now. That has given me more satisfaction than ­football.”

But all that fell apart when his ­relationship with Claire broke down. He left the family home in a village just outside Cardiff after the couple had an emotional heart-to-heart.

A friend said: “Claire asked Craig to leave and he agreed. He’s really close to his kids, so to leave them and be on his own is a big deal. It all happened so ­suddenly.

“A businessman friend of his lives in a beautiful converted pub which he has agreed to rent to Craig. He told him he was in a desperate hurry and that he would have to leave all his furniture there for him.

“Everyone is hoping it isn’t the end for him and Claire but it doesn’t look good.”

On Friday morning he drove his car out of the property’s ­underground car park and spent three hours at ­Cardiff City’s training ground.

He spent last week looking for a more ­permanent new home. On Thursday, he was spotted at a ­Cardiff ­lettings agency just an hour before being seen carrying bags into a new apartment.

Meanwhile, earlier this week he was forced to deny online claims that he had retired “with immediate ­effect”.

He issued a statement saying he was “fully ­committed” to playing football and that he hoped to be fit for a match next Saturday.

Cardiff City boss ­Malky Mackay, forced to ­respond to rumours on Twitter that Bellamy was about to quit the game for ­“undisclosed ­reasons”, told reporters: “There are plenty of ­rumours going about, but I’ve told you, he’s torn his calf.”

Bellamy is one of ­football’s most ­controversial figures. In January 2005 he repeatedly clashed with former ­Newcastle boss Graeme Souness over his insistence on playing Bellamy in midfield.

Two years later, during a game for Manchester City against arch-rivals United, he slapped a pitch invader as stewards attempted to remove the man.

In March 2010, after scoring twice against Chelsea, Bellamy launched a scathing attack on Blues’ captain John Terry over his affair with the partner of teammate Wayne Bridge.

He said: “I know what JT is like. ­Nothing surprises me about that guy.”

And last January he was charged with common ­assault after inflicting ­facial injuries on two men during a night out in Cardiff. He was later released with a caution.

All this came after he ­insisted in 2006, after marrying Claire and signing for his boyhood idols Liverpool in a £6million deal, that maturity and marriage had made him a changed man.

, hope he sorts it out soon....talks of retirement

Wow, such a sad read.

Clearly no one gives a f*ck about it then.

I feel awful sorry for Craig. I've never lost a close friend but I can only imagine how tough it must be. I hope he learns to cope with the loss, Craig is a top lad.

It's not nice reading that, but can't help thinking that you should be able to cope with death of a friend a little better than let it f**k up your whole life.

Art Morte wrote:It's not nice reading that, but can't help thinking that you should be able to cope with death of a friend a little better than let it f**k up your whole life.

I can't comment, since thankfully I have never lost a close friend.

A friend of mine lost his best high school mate to cancer last week. He was 20. I really don't want to be in his shoes.

But I saw this post, and I thought it's really what it is

Lost a good friend suddenly just over 6 years ago it crushed me Ive never got over it and probably never will. Friday nights have never been the same without him so I choose not to bother as much on a Friday, real friendship is hard to come by and gives you a sense of security when things are not going well on the home front. When I argue with the missus I always think of him as he was the one I would call on when I had a falling out with the wife and vice versa with him.
A lot of people were shocked and in a way upset when Gary Speed took his own life, if Craig Bellamy isnt given the support he needs we might well have a similar situation.
He has lost his best friend, his soulmate ( wife ) and daily contact with his kids according to the media, I for one would hate to be going through what he is, I found it hard enough to cope with loosing my best mate.
I for one hope he gets the help he needs.

I think his wife should have done more for him than asking him to leave the house.

All round, very sad story.

Only just read this.

Gutted for Bellers. Always knew he was very close to Speed but never knew this was going on.

I'm hopeful he can get over his recent troubles as family and life is a lot more important than football.

Art Morte wrote:It's not nice reading that, but can't help thinking that you should be able to cope with death of a friend a little better than let it f**k up your whole life.

I have to agree with you Art. I will be absolutely roasted for this but Bellamy is a grown man who has a family he has to take care of. I understand the devastations losing a close friend (I have experience of this) can do to you but it cannot be responsible for destroying your whole life as believe it or not this is a sign of weakness. You have to learn to move on.

Nonetheless I respect and admire Bellers anyway so I sincerely wish him the best in life.

There's most likely another side to the story to be fair. I'm sure the lost of somebody so close to him has just triggered actions or something may have been said. We don't know everything.

kiranr wrote:I think his wife should have done more for him than asking him to leave the house.

All round, very sad story.

Don't think it's fair to comment or pass judgement on his wife when none of us know what is really going on.

Sounds like he is in a dark place and hope he gets some help to come to terms with his grief. Very sad read. 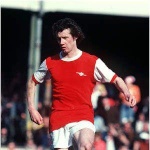 I hope everything works out for Bellers, he's great guy and a great footballer. Like ynwa said im sure there is more to this that we're not hearing, but still a very *bleep* move by his wife to ask him to leave when be was going through such sorrow. I've lost a dear friend before so I defInitely understand what he's going through; however, like Art and Arq mentioned, he needs to move on and not let the death of a friend be the catalyst of his misery.

Page 1 of 1
Permissions in this forum:
You cannot reply to topics in this forum
Latest topics
»  USA Gun Violence & Police Brutality Thread