Nicknames: FCB, Bebbi, RotBlau
FC Basel are based in Basel, the third most populous city of Switzerland with about 166,000 inhabitants. Basel (also: Basle) is located right where the Swiss, French and German borders meet and it's major industrial centre for the chemical and pharmaceutical industry. FC Basel are one of the most successful clubs in Swiss football, having won the Swiss Super League 14 times and the Swiss Cup 10 times. Their best records in Europe were reaching the quarter finals of the UEFA Cup in 2005/06 and the quarter finals of the Champions League in 1973/74. 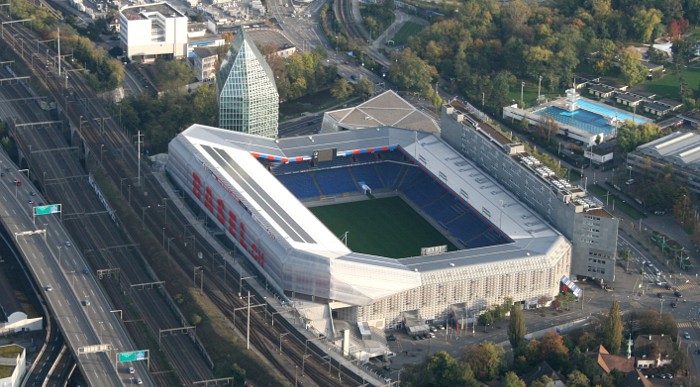 The colours of FC Basel have been blue and red since the founding of the club in 1893. The question whether the colours of Barcelona (which was co-founded by the Swiss Hans Gamper in 1899) were chosen in honour of the colours of Basel is not cleared, but it is considered probable, especially as the club logos also share an identical old leather ball as component.

So. Now I finally completed the picture collection of the FC Basel team, thus no one can accuse me of only posting pics of that cutie Yann Sommer.

But nonetheless I just have to add this for good measure 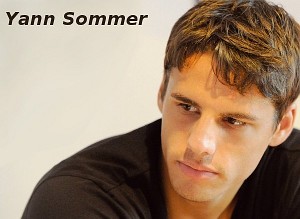 Today in the Swiss Cup semi final, FC Basel managed to defeat FC Winterthur away 2:1 after a hard fight where my favourite Swiss goalie Yann Sommer was definitely the man of the match - both in positive, but a bit in negative way, too.

He did make four spectacular saves, but also got incredibly lucky in the 42th minute that he wasn't sent off for a foul where he denied the opponent Striker a 100% percent chance. 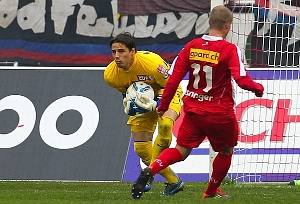 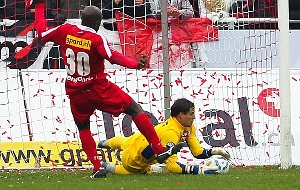 I guess it doesn't hurt to post it again

Spoiler:
ohh yea what time is it :

I can't help it - that guy is not only an excellent GK, but also majorly cute

Today Basel won 3:0 away to FC Sion and now they are almost Swiss champions. (Actually, there is still a tiny chance for Luzern to get two additional points via an armchair decision, then Basel would official be champions if they win the next match). 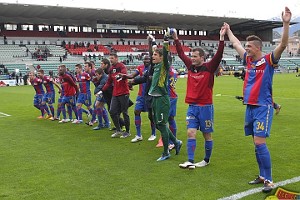 So, as of Sunday, with Basels 3:1 win over Lausanne, no one can take the Swiss title from them anymore. Congrats! 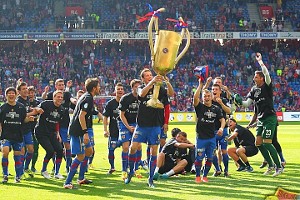 (They had a lot of fun running around with that makeshift cup that some fans already brought to the stadium. The real trophy will be awarded to them only on the last matchday.)

Wowww ..what a thread

BTW, I was deceived by Basel in the last two matches - yesterday they played Marcel Herzog in goal and the match before that Massimo Colomba was GK. Tsk tsk.

bet you were very dissapointed RWO.

Yeah. But somehow I hope that Ottmar Hitzfeld will consider putting Yann Sommer into the goal of the Swiss NT for their friendly against Germany in two weeks, especially as the friendly is played in the stadium of FC Basel.

Any views on Dragovic?

Aleksandar Dragovic is a very talented young CB. Borussia Dortmund is allegedly interested in signing him.

BTW, nice touch: The captains of the opponent teams congratulate the Basel guys for the win of the Swiss Championship: 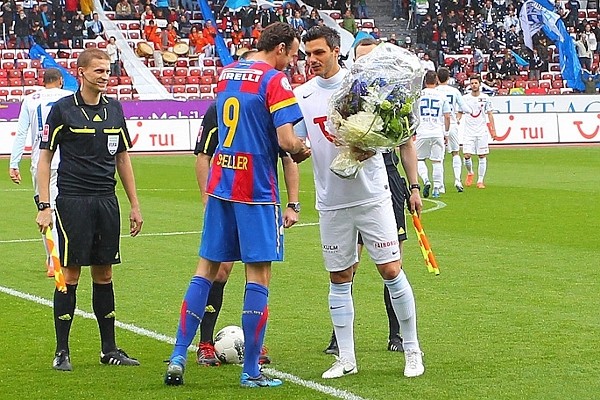 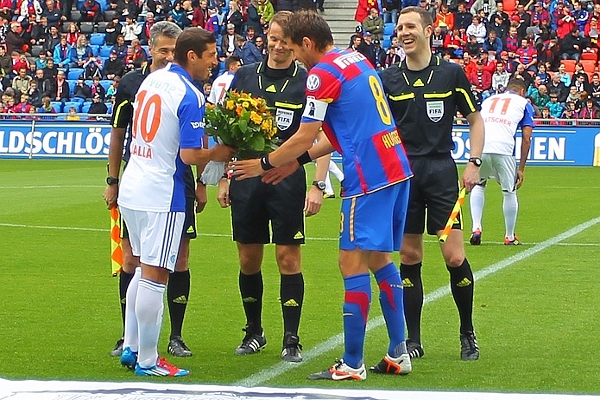 And while I'm at it posting pics - here's Yann Sommer sitting on the bench while one of his colleagues gets some rare playing time: 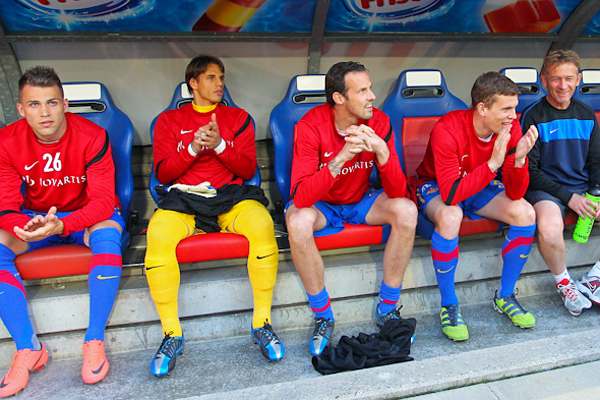 Tonight at 20:30 CEST (GMT+2), FC Basel will meet FC Luzern in Bern at the Stade de Suisse to compete for the Swiss Cup. While Basel went unbeaten in the AXPO Super League since 20 August 2011, that is for 26 matches in a row, it was FC Luzern that was the last team to inflict a defeat on the Basel team.

So, the Swiss Cup match is up and running now and Yann Sommer is already beasting again 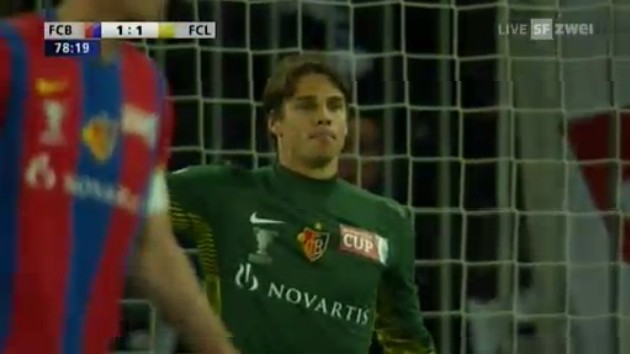 BTW, the other keeper is really great, too. What a fighting match! It's still 1:1 after extra time, and now we go to penalties! Just great! I totally love to watch my favourite keeper(s) braving a penalty shoot-out! <3

Yann Sommer is definitely GOAT. He saved two of the pens, and thus FC Basel won the Swiss Cup

Wowww ! it's great to see my Basel

but here in my country media says that Man of the match was :Shaqiri n Xhaka plus Hyka from Luzern

boss wrote:Wowww ! it's great to see my Basel

but here in my country media says that Man of the match was :Shaqiri n Xhaka plus Hyka from Luzern

Actually I didn't think Shaq & Co played too well. The guys from Luzern were much better organized and practically suffocated all Basel attacks except for two or three. Luzern set up a very strong defense that at times consisted of two rows of four, but they were rather fast to counter attack from that, then putting the Basel defense under quite some pressure. And in extra time, both teams looked like they were walking dead.

BTW, for me the MotM (other than Sommer) definitely was Luzern's Lezcano who was a constant threat to Basel's goal.

BTW, here's a link to tageswoche.ch with the critiques for the players (6 is best, 1 is worst in their system):
http://www.tageswoche.ch/de/2012_19/sport/424124/cupsieger-fcb-die-einzelkritiken.htm
You need to run it through Google translation, I'm afraid, but they actually seem to have seen the match very much as I did as they didn't consider Shaqiri's performance too good.

Yesterday at 8:57 pm by Myesyats

Yesterday at 8:47 pm by BarrileteCosmico

Yesterday at 3:31 pm by futbol_bill