haha, put yo money under the mattress.

@Supermag, not that i intended to do any kind of profiling, but that's exactly what i was talking about, lay off the controller. Swapping players one after the other is a very barbaric way to improve a team.

Sure, adding quality is always welcome, but if the idea behind the way you play doesnt improve, it's useless.

Besides, what makes you think that M'vila, Walker, Sarabia, Nerman are not going to choke under the clasico pressure? are they pressure immune?

Gladiator wrote:What the hell am I actually reading? Sometimes I wonder if a minority of Real Madrid fans are trolling other Real Madrid fans, or whether they're just generally deluded and find it hard to form a genuine opinion, which isn't laughable. Hands down, di Maria and Diarra were by far your best players in the first half. Look at how much tracking back di Maria did, and, well, Diarra? He made some epic tackles.

Some of us are very excitable. They can never settle on just one opinion. After we win, we're awesome, after a loss we suck lol.

lets put him on the first plane to manchester puhlease

i am happy with the way benzema, dimaria and ozil played in teh first half

Oh, what an absolutely laughable notion. Mourinho has done a great job in converting Ronaldo to more of a team player, he has pretty much the same number of assists this season as he did last season, and he should have more, if you think about the waste opportunities. The problem with Ronaldo is that it's very hard for him to replicate his form against Barcelona because he's tried and failed so many times, with the exception being the Copa Del Rey Game, where he showed his class. But has that phased Ronaldo? No, he keeps trying and trying, and even if he doesn't play well, knowing Ronaldo regarding his Mancheester United days, he'll be upset about it. There's so little he can do...

converting ronaldo to a team player only counts against relegation foddlers??? this is the SEVENTH CLASICO HE HAS FAILED IN, and dont let the goal blind you in the copa, he was shite that game too, heck adebayour>>>ronaldo in that game

benzema upped his game from his last clasico, dimaria didnt change ie he was still the guy to press their whole backline, ozil stepped up from his slump, whereas ronaldo the guy who cost us 94 mill failed to even get the friggin damn ball into the penalty box

for next clasico i want dimaria and marcelo sharing wings, so many times we started a counter marcelo runs forward and ronaldo loses the ball leaving us short at the back

dont care if he scores a bucket load against the almerias, when it counts he is usually nowhere to be seen, it doesnt help that mou has made him untouchable either ugghh 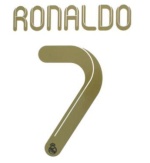 Gladiator wrote:What the hell am I actually reading? Sometimes I wonder if a minority of Real Madrid fans are trolling other Real Madrid fans, or whether they're just generally deluded and find it hard to form a genuine opinion, which isn't laughable. Hands down, di Maria and Diarra were by far your best players in the first half. Look at how much tracking back di Maria did, and, well, Diarra? He made some epic tackles.

Some of us are very excitable. They can never settle on just one opinion. After we win, we're awesome, after a loss we suck lol.

Sh*t result but I saw positives and I believe we have to it takes to challenge for top honours. Not saying it's in the bag but I sure we'll be in it until the very bitter end.

I love you dude. No homo. 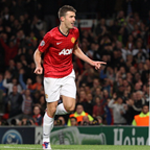 I just punched the shit out of some pillows. I am ready to forgive Ronaldo.

DiMaria=reason for our first goal and most of our chances

Iniesta tore him a new one in the second half though. If the third goal came from Marcelo's side I'm 100% sure you guys would have called him the worst LB ever.

Why didnt Ronaldo track Alves at all?

If he dont want to track back he should be so awesome and efficient upfront so that full backs will always mark you and never move up.
_________________
#WEAREALLTAXFRAUDS

Because They are not Ronaldo FFS. That should be enough hint.

As for "construtive stuff" i already explained everything here.

i still cant you guys say "controller", what has our Non controller team done to be soo unchanging.

Not some *bleep* mentalist.

Ronaldo has no gameplan, dimaria has no gamplan, they just run around like headless chicken, they are egoistic, they cant pass, they cant shoot, the cant dribble.

I am prety sure neymer wont choke every 13 game that he plays against barca.

ROnaldo is a total looser, i dont care what people say, he is nothing against barca, i could pick 100 players i would rather play instead of ronaldo in classico. 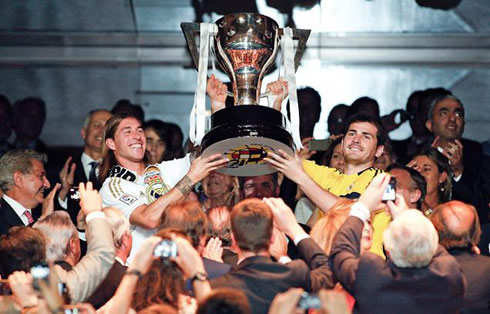 I always said that Di Maria is headless and Ronaldo is shite against Barca. nothing new really.

Very disappointed that they gave up at one point but I think that before Xavi's fluke goal everyone bar Ronaldo gave a pretty good account of themselves.

i said it once and i will say it again , its true that we werent in our best, but the referee really cost us the game, messi should have been sent off and their second goal was clearly offside.

I could see that coming as soon as I posted.

I realise that it's a rhetorical question but I am a Madrid fan.I'm not gonna complain about the ref because I'm tired of doing that(justifiably) for 2 years.This match we have 0 to complain about other than Ronaldo and a few other flaws that cost us the game.

:no its not that,
i thought i read some of your posts in the barca section which show that your a barca fan.

yes the build up.

deezydeez wrote:when has ronaldo had a good clasico? correct me if im wrong but i thought he has only scored once against them.

and besides cdr final he has been largely ineffective against barca

first of alll he has scored 3 goals against barca|

second of all, he has done better than your arjen robben, vdv, and sneijder ever did against barca for madrid as when they were around we were no competition as the dutch tally of failure led us to losee

Today at 9:44 pm by The Demon of Carthage

Today at 9:27 pm by RealGunner

Today at 9:14 pm by Robespierre

Today at 9:12 pm by Robespierre

Today at 9:10 pm by Robespierre

Today at 4:55 pm by LeVersacci