Lol how ridiculous. Anyway lich is a freaking star.

Lichtsteiner is nasty... slowly becoming one of my favorite Juventini of recent years 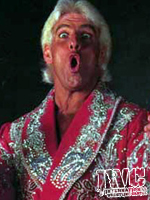 Real shame that people doubted him when we first bought him. This guy is a real beast.

First run in that video reminded me so much of Krasic

Lichtsteiner is awesome, such a refreshing chance from recent years... Motta... Grygera

Mp4krJuventino wrote:Real shame that people doubted him when we first bought him. This guy is a real beast.

Nobody denied him, although they were better and cheaper options, his arrival was not the problem. The problem was the finicial aspect of the player as we paid more than his value. Anyways, he hasn't impressed me much except for last game. Other than that, he has only been working hard which is expected by him, but nothing exceptional on his part.