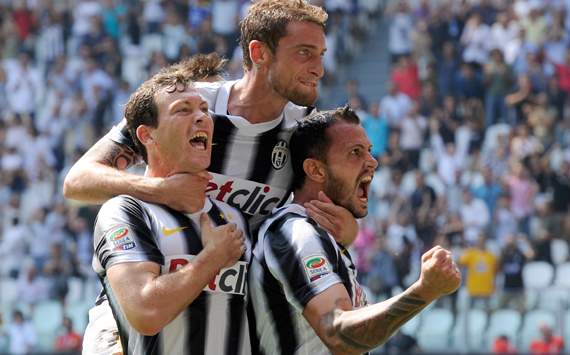 Juventus defender Stephan Lichtsteiner has stressed that the Turin side cannot afford to drop points in Sunday's Serie A game away against Chievo.

Antonio Conte's men have been in superb form in the opening months of the 2011-12 campaign, and the Swiss full-back has made it clear that they have to build on their 2-0 win over AC Milan in their last league game.


"We passed an important test against AC Milan. Not only because that victory increased our morale, but especially because we put in a convincing performance which allowed us to understand what we're capable of doing," Lichtsteiner is quoted as saying on the Juventus website.

"However, tests never stop and now we must continue on this track, otherwise that 2-0 result would just be in vain.

"We'll play Chievo in Verona on Sunday, and in this match we must demonstrate our value, playing with the same intensity shown on the pitch against Milan."

Juventus currently sit top of the Serie A table, having taken 11 points from five games.