some of you made soooo many hate threads toward players or jose mourinho. I thought I make an appreciation thread for a change.
post here a players name and why you liked his performance in a particular game. I liked varane, kaka, özil and higgy yesterday.

varane is only 18 but scored a super goal, defended like a true muchacho and is good looking 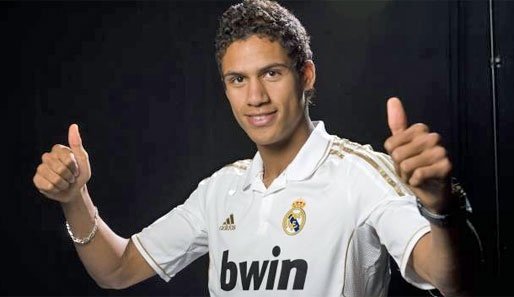 kaka played fast, hard balls, made the game faster. I liked what I saw yesterday, of course he is a cutie pie too.

özil came on and suddenly real madrid started scoring goals. I think he made a big difference overall.turok, lass is hated for a reason I think, the difference was huuuuuuuuuuuge when özil came on.he was like a signal, come back lads!

higgy tried everything to score! I love his determination, he was like a werwolf after his prey in midnight. 2 offside goals but could score in the end, important goal.he is badass player, I like him.

nick, never badmouth him again in my presense when he tries his utmost to score!

super goal! could you make one for fanzemas? benzema goal was beautiful,too. also, what crisi? hahahaha

I forgot mourinho. he changed the game with substitutions. here, for nick and sportcry

I forgot to say, Im member of a blog full with real madrid fans, their comments are more emotional than yours, I like them. here, examples:

I was banging my head on the table at the pub and moaning “Nooooooooooo!” during the first 25 minutes of the game. I was so pleased when Ozil came on – things picked up then.

What a game!!!!! Still can’t believe that i was watching it live in the bernabeu!!!!! My first game to watch live and than this!! After the first goal i was so shocked but when mesut started warming up i was sure everything will change… and in the end it did :-) when I’m back home i will send you a link with a lot of great pictures of our boys ;-) some booties plus a shirtless Karim ;-) sitting in the first row was worth every single euro :-D

Ozil was the gamechanger... no doubt. Kaka played well too. Amazing what can happen when there are midfielders providing service to forwards. Big change was that, with Ozil and Kaka in there, we had creativity at both CM and AM. We haven't had that since Khedira has been injured/suspended and never to this level.

Hmm I'm currently searching for them, give me some time [BTW I don't make them, I'm a bit lazy

Here is the Ronaldo + Kaka:

Will add the rest as I find them

Looks like our mini rut is over hopefully. We played well for most of the game (minus the first few minutes). I'm happy with the effort the guys put in and with the fans for not getting on the team's back like they used to.

Next game is against Ajax. Hope we continue the good form