Chinese clubs are trying to make their football more appealing, etc, just like some clubs in the Middle East are doing. They're offering Diego about US$ 8million per year, with a contract until 2014.

Santos are well aware of that, so we are willing to offer him the same types of salaries as Neymar and our coach Muricy receive, which are the highest in the club. And they've informed Diego and his agent about it. Remember Diego was revealed to the world at Santos, together with Robinho.

Whoever buys him will also have to pay a good amount of cash to Wolfsburg , who paid 15mil euros to get him out of Juve last summer.

Can you believe this? That guy is amazing. Then he was bought by the right club at the wrong time. Please, Juve fans, don't get me wrong, but Diego was always played out of position, the coaches sucked, and the team itself was underachieving. So he was sold, and his reputation damaged. People talked about Juve getting better, but they didnt even qualify to the Europa League this year, so you can't really say he is to blame for the 09-10 season.

Now I didn't really watch him at Wolfsburg, though I know he already started the season scoring, etc, but then he had injuries, problems, and the club itself wasn't well. I know he apparently misbehaved, and had trouble with the coach, but I can't believe he went to another club who wasn't for him. I know it's easy enough to say it now, but he left Werder Bremen at the wrong time. He should've waited, but how would he know..

I really hope he doesn't go to China, man. He's not old, he's only 26. I hope he goes to Santos, where he'll feel happy and at home, and will be able to play his good football. Robinho spent 6 months with us last year, after a terrible experience with Man City, and then went on to AC Milan to have his best European season yet. We'll need Diego, especially if we do sell Ganso.

But if he doesn't come to us, I hope he goes somewhere else, maybe some smaller club in Spain or something. 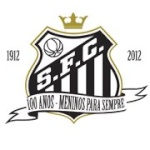 TBH I don't get why he's not going back to Bremen. Did he really burn all the bridges there? They're who made him worth 20m. He pretty much sucked everywhere else.

Yeah he should go back there hehe. I don't know how his relationship with the team is.

He did some good things at Juve, I remember watching him sometimes, but he also sucked a lot, just like the entire team did that season.. He needs to play in a team that is willing to play him where he belongs.. I dont think he's the most awesome player ever, but he's got a lot of quality.I don't know what happened to him at Wolfsburg, but I think the Juve experience left him a bit down, just like Real Madrid did to Robinho.. then he spent 6 happy months with Santos, won two trophies, went back to Europe and won the scudetto with them.

that's where he attracted European interest!

I'd prefer to see him back in Bremen, too. There he was class and the team chemistry seemed to fit for him.

"Diego was always played out of position"
- Nope. We based our entire formation around him. He was the reason we changed.

"...the coaches sucked, and the team itself was underachieving."
- We brought in an inexperienced coach to implement a completely new formation/system. The team was 2nd in the previous year, but the transfer guru and upper management screwed it up big time and it has cost us dearly.

"So he was sold, and his reputation damaged."
- Not really, in my opinion. The thing is, he is definitely not a champion and he should have done better at Wolfsburg this season - let's not detract away from this.

I, like many, didn't want him to leave. I wish him all the best. The reason he left was that we didn't want to pay the full amount on him, so we went separate ways. 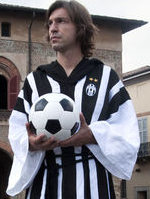 when i first saw him in the 08-09 uefa cup, i thought he could be the next big thing..he did impress in his first few games in serie a ...apparently thr was even a goal article on diego becoming the next serie a star when we saw kaka and ibra departing to la liga..but since then he has been an utter flop ..he was a more of a ball hog TBH..and having cf's like amauri and iaquinta who r not that good on the ball dint help his playing style as well..i think its the best option for him to go back to brazil ,rejuvenate himself and maybe see how his career will pan out then !!

So if Diego goes to Santos...is this a sign of Ganso leaving :?:

I don't think I've said it on this site, but when Diego is on his game, you'd be very hard pressed to find a player in the Bundesliga more dangerous. It would be a shame for him to leave so young, but a Ribas/Magath combination is simply waiting for a locker room bust-up.

Bremen isn't a possibility, I specifically remember a few months ago their sporting director claiming that the problem that prompted the transfer to Juventus still remained, his salary is too large for Bremen to handle. 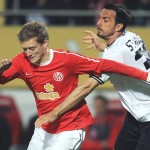 I don't care where he goes, but I'll be happy if he does so Magath gives Orozco a chance.

He's good when he's on his game, but how often does that happen?

It happened quite often at Werder Bremen.

I think things have just been going wrong for him. I'll use Robinho's example again: he underachieved at both Real Madrid and City, but now is doing quite well at AC Milan. I think Diego just needs to find the right club. But I agree with you guys on some things, I know he's not perfect, but I still think he's quality, above average. I really don't know what happened at Wolfsburg, but the guy is quality.

Well, there are reports going around in Brazil that Ganso might be leaving during this window transfer after all. If he does, we MUST have Diego.

Ah Diego, where did it go wrong? I remember reading an article many moons ago about 3 players that was up and coming for Brasil: one was the circus act (Robinho), one was Mr. Hollywood (Kaka) and the other was the real deal (Diego).

Robinho may not have reached the heights his initial potential said but he is fine at Milan, Kaka maybe a shadow of himself but he has done extremely well and Diego, I don't know. The man is really gifted, like Ronaldinho gifted but things really doesn't seem to be working out at all.

So I agree, he needs to go back home. I think he'll find himself again at Santos...

Very gifted and talented player, but his time with us set him back a long way...

I hope he finds his way again.

LOL, do goal.com editors read this forum, even though it isn't a goal.com forum anymore?

rsinatra, are you Clark Whitney?

I respect Diego and his crazy skills

Someone's been leaking information. There's a traitor among our ranks

Page 1 of 1
Permissions in this forum:
You cannot reply to topics in this forum
Latest topics
» Israel (are the most brainwashed people on earth) vs Palestina

Today at 12:12 am by BarcaLearning

Yesterday at 11:31 pm by BarcaLearning