Billion has joined under the same name too

Oh yes. I saw a post of his today. That's great.

Khaled, do you have any statistics, how many times did David Villa hit the bars this season/

Abidal: “I have to get fit for August”

If there is one player who has come to symbolize just how tiring, challenging and ultimately rewarding Barça’s achievements were last season, then it is none other than Eric Abidal. After spending much of the season deputising for the injured Carles Puyol, Abidal was all set to make a name for himself as Barça’s most invaluable player until he was struck down by the shock news of a tumour on his liver. Many feared the worst but little did they know – the Frenchman would be back up and playing in the Champions League final before the season was out.

It is such determination, commitment and self-belief that has brought the world of football to their feet whenever the name of Eric Abidal is now mentioned, a fact that was once again demonstrated when France played the Ukraine recently. When replacing Mamadou Sakho, Abidal was greeted with a huge standing ovation from the Ukranian fans who were packed into Shaktar Donetsk’s Donbass Arena. And it is with this still fresh in his mind that the Barça left-back began a recent interview with Mundo Deportivo, which we at totalBarça are happy to translate below for you. Enjoy.

What do you feel when you hear such a reaction from people as you did in the Ukraine?

Above all I want to thank the people for their affection, they seemed to have fondness for me, and also for the club of Barça. I have seen many Blaugrana jerseys when in the Ukraine when I’ve been there. But, in truth, I believe sincerely that that ovation was also for my colleagues, for Barça, for the spectacle that we gave in the final of the Champions League at Wembley. It was marvelous and the fans thanked us for it.

And I am trying to do that, it’s not easy to recover the four kilograms that I lost. I must go little by little and work hard.

But it is incredible the shape you are in physically.

Me, I cannot complain about how well it has all gone. I was out for two months with my operation and I am very happy to have helped my team at Wembley, not to have missed the final part of this great season, for both the Champions League and, for seeing all the happy people, from all social classes, children and adults. It was a contagious joy that satisfies me, which compensates for my work, but also the doctors, ‘physios’ around the world who have supported me. I also give credit to all of them. Without them this could never have been.

And it has earned you a good holiday?

No way. I do not go on vacation.

Sure, I have to catch up, get fit to be on top form for the start of the season to be physically ready for August because we have to play the two Super Cups, including two legs against Real Madrid. I can not afford the holidays and I do it for the club, for its people.

No, I continue on with my work plan. Also with France I want to go play some minutes. Laurent Blanc does the same as Pep Guardiola. They give me the occasion to not lose time, but without taking risks.

Since you speak of Laurent Blanc, as a former blaugrana does he have the Barça mentality…


Yes, France also bases its play on the possession of the ball. Blanc must remember his time with Barça (laughs), something must have struck him. What happens is that the difference between the players is large.


But instead of the likes of Iniesta you have Marvin Martin, the boy of Sochaux.

He likes to play the Spanish style, as in Barça. He is of Spanish origin, his family is Spaniard. Luckily for us because he preferred to play with ‘Les Bleus’, with France. And, yes, he has qualities that remind me of Iniesta, but he still falls short of my teammate. He is very young. But he has technique, character and ambition. He will get there, I’m sure.

Laurent Blanc is doing like Pep Guardiola, giving opportunities to the youth.


Yes, the manager keeps in mind the quality of the players, not the age. It doesn’t matter if you’re young or old. He want us to play in a specific way, to use the ball well, to not lose possession, to maintain our position, to press and look for goals. Yes, in short, it is the same philosophy as Barça, although still very far away in terms of quality of the play and the effectiveness, in spite of the previous result being a 1-4 win against the Ukraine.

With France you play at center back.


I play where the coach tells me to and where the team needs me to play, whether with Barça or with ‘Les Bleus’. Laurent asked me to play there and I have no problem with it. It came with the extra coincidence of have played a lot on the left-side of centre defence when our captain, Carles Puyol, was injured. I have no problem to do it again. I find it quite comfortable, just like if I play on the left. I adapt myself to the two positions.

if this doesnt make him a contender for best midfielder then i dunno what does. of course its not right to evaluate players based on youtube videos but i think this one sums it up pretty well, and for the people who watch barcelona games all the time know that xavi is always a masterclass on the field!! 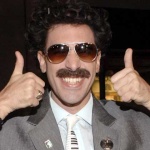 @nandi7 wrote:Khaled, do you have any statistics, how many times did David Villa hit the bars this season/

Iker and his brother


After winning basketball’s ACB League, FC Barcelona have now won 15 professional titles this season. If the futsal team wins their league, that would make for an all-time record of sixteen titles in a season for the Club.

The Barça name is resounding all around the national and international sports community. Regal Barça have just added yet another trophy by winning the Spanish basketball league play-off, to equal the record total of 15 titles won last season. But the futsal team’s league campaign is not over yet…

The whole world was wowed by Pep Guardiola’s amazing football team, but Pasqui’s handball side has been no less impressive. Neither Manchester United nor Ciudad Real were any match for the Catalans in their respective Champions League finals.

The football, basketball and handball teams won a treble of Spanish league titles, and in the different Spanish cups, Barcelona produced champions in roller hockey, futsal and basketball. Whatever the sport, it seems FC Barcelona are always going to be there in the running.

The futsal team has already made history by winning more trophies than ever in the Copa del Rey, Spanish Cup and the Copa Catalunya. And they could still add the Spanish League to that list, with Marc Carmona’s currently disputing the final series against Caja Segovia.

Lorente (president Newell's Old Boys): "We know it's difficult but we're talking with Leo about him returning to us in the future." [ole]

FC Barcelona has today confirmed the hiring of former player and former member of the club’s coaching staff Eusebio Sacristan as the new coach of Barca B for next season with the option for another. He is replacing Luis Enrique who, after three seasons, left for AS Roma in the Serie A.

Eusebio was part of Frank Rijkaard’s coaching staff from 2003 to 2008 before leaving to lead struggling Segunda side Celta Vigo the next year. He stayed on for a season and a half before being replaced by Paco Herrera towards the end of this season.

As a player, he was part of Cruyff’s Dream Team, winning four league titles, the first European Cup at Wembley, one each of the European Super Cup, Cup Winners Cup, Copa del Rey, and three Spanish Super Cups. He arrived from Atletico Madrid in 1988 and played in 403 games over seven seasons scoring 39 goals.

Carles Puyol is getting close to ending the first phase of his recovery following the operation on his left knee. The Club captain has been working on muscle exercises and will soon begin to work out on the training pitch.


Puyol’s recovery is on schedule and he is working hard to be fit and available for the start of the new season, combing a well deserved summer break with some intensive recovery sessions.

Puyol is coming to the end of the first three-week stage of his recovery, the objective of which is to work on the musculature of his left leg. If all goes as planned, he should be able to start gentle training out on the pitch by the end of June. The aim is for the captain to be fit for the start of the season following his operation on June 1st.

Puyol was laid up for three months with knee tendon problems which were detected following the game against Racing at the Camp Nou on January 22nd and only made his return for the league game against Madrid on April 15th.

From then on until the end of the season, Guardiola used Puyol carefully – he played in both the Champions League semi finals, but only came on for the last 3 minutes at Wembley. He was operated on by Doctor Ramon Cugat on June 1st, when a piece of cartilage was removed from his left knee.

Yesterday at 10:06 pm by Hapless_Hans

Yesterday at 9:25 pm by VivaStPauli

Yesterday at 8:51 pm by Myesyats

Yesterday at 2:11 pm by Thimmy

Yesterday at 11:00 am by The Franchise