@LeSwagg James wrote:He's been playing well... Still not a favorite of mine but maybe Shitera was the bigger problem

He was bossing even before Sami got injured. It's the 3 man midfield which absolves him of doing the defensive part alone

Also the attacking bit. Under Mourinho if he was closed down, it was down to Khedira to control the midfield which would never happen. Now there's Modric who makes up for Alonso's weaknesses and also Di Maria.

Feb 27, 2014 5:49:00 PM
The midfielder has a huge amount of respect for the Spain international and the man he will line up against in the Madrid derby

Atletico Madrid star Koke has revealed he would happily "remove" Xabi Alonso from Real Madrid's starting line-up as he prepares to face him on Sunday.

The 22-year-old will do battle with his compatriot in the Madrid derby and while Cristiano Ronaldo are Gareth Bale are widely regarded as los Blancos' most feared assets, Alonso is the man most prominent on Koke's radar.

He told AS: "If I could remove a player from Madrid, I would remove Xabi Alonso.”

Atletico’s 3-0 loss at Osasuna last Sunday saw Madrid open up a three-point gap at the top of La Liga and Koke admitted that a defeat in the derby would make it tough for los Rojiblancos to come back.

He added: "The defeat in Pamplona is already passed. We face this match as a final. They are three points but it is special. How will we win them? By scoring more goals than them.

"We will go game by game but it is clear that we would take away options if we lose because we would be six points behind. Yet, there is a lot of the season left to play.

"Madrid are playing very well. They put on a great performance in Germany but Sunday's going to be different. Defensively they are very good and they have great individuals in attack. We'll see how we attack them but no one is invincible.

“Every day that passes we have more ambition. We are where we are for this reason. It is impossible to win all. That is the same even for Madrid or Barca.”

Since the 1-2 loss against Barcelona at Camp Nou back in October, Real Madrid haven't lost in 27 games. It's worth mentioning that Xabi Alonso returned from injury after that game, and with his return, our midfield became stabilized. Hardly a coincidence

Xabi Alonso has revealed that the delay in extending his contract with Real Madrid was because he wanted to establish his fitness first.

Alonso eventually agreed terms with Los Blancos but Marca reports an interview the midfielder conducted with France Football in which he divulged the reasons for the lengthy wait before putting pen to paper.

“I wanted to be sure I was well physically,” he confirmed.

“The pelvic injury dragged me down last season. It had nothing to do with money or desire.

“I asked myself: ‘Are you willing to spend two more years here?’ When the answer was yes it was easy to renew.”

Alonso was also asked about life under Carlo Ancelotti, who took over as Coach at Santiago Bernabeu last summer.

“We are well organised on the pitch,” Alonso explained.

“Even the forwards help us which makes it much easier to control the game from midfield.

“Our work benefits the defenders and leaves them less exposed. It means the goalkeeper has less pressure and concedes fewer goals.

“The influence of one line of the team on another provides balance, which will be essential from April onwards.

“That’s when all the key fixtures start: the Champions League quarter finals, the Cup final and the home stretch of the League.

“If there are only seven players defending it won’t be enough. We must defend and attack together.” 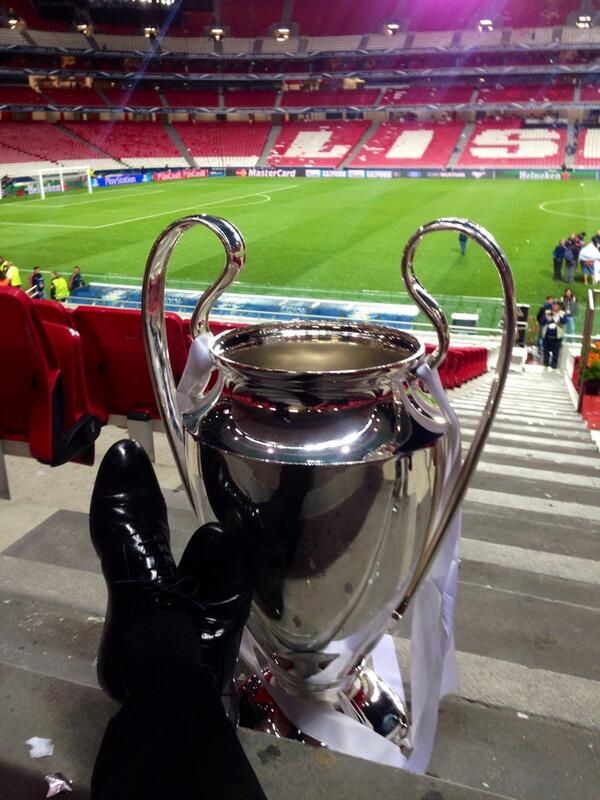 Why is Alonso traveling with the team to US tour, doesn't he have to more weeks of vacation time?

EDIT: Same with Pepe and Coentrão.

@Kuru wrote:Why is Alonso traveling with the team to US tour, doesn't he have to more weeks of vacation time?

EDIT: Same with Pepe and Coentrão.

It's because they are great professionals who love the club

I wasn't trying to make a point, when I first saw the list, I only noticed Xabi, that's why I made the post originally.

Though now that I think about it, out of all the players that got back early, Casillas should've been the first on the list, considering the way he played the last few matches (Copa final, UCL final, WC), and the fact the he have to fight for his position, more so now that another keeper is rumored to sign with us.

Zealous is still recovering from mourinho years...u know the semi special one. he left and we instantly wins CL

It's not hating, it just piss off fans when a player is not fulfilling his commitment to the club, Iker is enjoying his vacation too much.

It's fine if he accept the bench role but he doesn't, he wants to be a starter without actually fighting for his place, he can't have his cake and eat it too. Lopez has returned to training two weeks ago and he's already impressing the coaches so Iker shouldn't be surprised if again Carlo prefer Lopez to him.

Just because other players decide to come back early does not mean all have. Seriously I would understand if a guy came late but to make it compulsory for a guy to come back before he is due back is just looking for scraps to grab onto.

I think it is more of a disappointment than actual "Iker hate". One of the few players that embody Madridista (on the team mind you) and it would seem like he either feels entitled or doesn't really care much about the fact that he is no longer first choice.

So what's the reason behind selling him?

He wants to leave.

something is going on behind closed doors though, Di Maria left and now Xabi?
they just won the champions league why would they wanna go somewhere else...

Not very likely imo. Alonso knew he wasn't going to be starting this season and it was obvious we were replacing him, so he decided to leave. Bayern most likely offered him regular football.

In terms of Di Maria, he wasn't appreciated enough. I think he should have still stayed. Eventually the board would have recognised how important he is.

@Donuts wrote:something is going on behind closed doors though, Di Maria left and now Xabi?
they just won the champions league why would they wanna go somewhere else...

is it all for the money?

Even if it was for the money (which it really isn't), you can never blame a madrid player for wanting to leave cos of money. If players aren't confident that they are being looked out for, it becomes 'look out for myself'. alonso knows kroos has to play, he's a new signing; modric has to play, he was fantastic last year; if illara (who was supposed to take over from him), can suddenly get his act together, he will be ahead of him in the pecking order, he's younger; we still got khedira.....also, the squad must have noticed the habit of buying one star player to replace a starter (not a scrub, not someone who isn't getting along with the coach or teammates,)...i mean at some point i'm sure some of them look at themselves now as assets and understand they are very very disposable....its only wise they tell their agents to keep their ears to the ground on any deals that can assure them good wages and fair treatment

He renewed his contract last season and his wages bumped to 6.5 if I am not mistaken, according to reports he will make 5 million with Bayern so he is actually going to get less when he goes there so this couldn't possibly have been about money

Also Pep really respects Xabi, can't see him getting benched there even after Schweini gets back. I remember during the messy clasico games Xabi was the only one Pep would try and reason with when there were fights etc

It's no secret with Javi and Schweini out we looked pretty thin on top level experience in midfield right now.
Started a 17 year old in our first league game against a strong Wolfsburg...

still this is absolutely surreal

This season is really turning into a

How do you break up a winning combination that can only improve as they continue to play together?  For &*¥£in shirt sales?  My favorite Madrid player gone now...I don't know what to even say...
Good luck at Bayern Red Beard, the classiest player to ever wear a Madrid jersey...
_________________

yea. he is real class.

sad to see him go. he was a leader in the squad.