This isn't good to my heart.

Glad the team rallied from conceding against the run of play and scrapping a goal for a fractional offside.

Had my heart in my mouth before Florenzi's goal.

I find it hard to believe that we are just one win away from exceeding our point tally in 10/11.

Casciavit wrote:I find it hard to believe that we are just one win away from exceeding our point tally in 10/11.

Its legitimately shocking considering our current roster compared to then.

I would go so far as to say this is a better coached team than Allegri's during that tenure.

Seven Days Until The Apocalypse 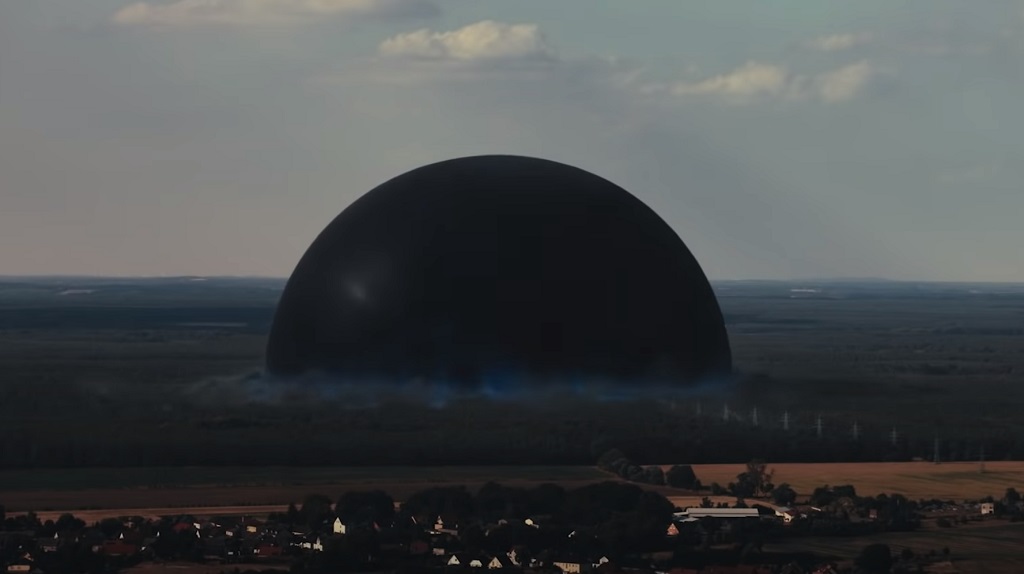 I will be attending the Atalanta game next week, went to the Napoli game in December and we lost 0-1..lets hope i do not bring the same misfortune..

Refs will do everything possible so that Inter wins a title this year.

this for two clear penalty kicks ? you got used good probably tbf 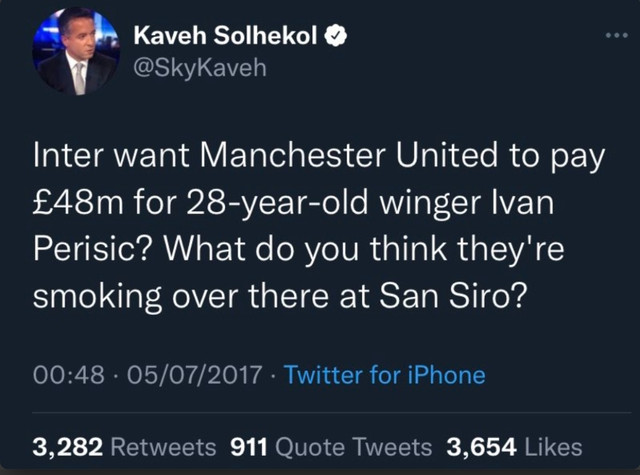 the first one is never a penalty, the game shouldn't have gone past 90. How Brozovic was not sent off is a mystery we'll never know. Every soft call going one sided. It's the same as the last league match between us, and similar to all of Inter's season. Carried.

Seriously ?
How many times you've seen a double card because of a player who throws away the ball ?

I mean not even Allegri (and he often does It) complained about ref, he said it was good ref, so stop crying for It


Justice for Pirlo indeed but not because of last night. Pirlo was not disastrous as might have seemed superficially. But let's not forget that we got 4th place on the last moments of the season looking at the Napoli match. IIRC we have the most points in Serie A of any team (or tied with Milan?) Since like the start of October, our league was thrown at the start for the most part. This team needs a lot of work and restructuring, a good summer and we'll compete for the title next season with Allegri.

Too many humiliations this season. Despite a poorly constructed squad, coach cannot be excused for this season's failure. Milan with half our budget are about to win the league.

His horrendous football is not delivering results either. Another season like this and we should move on from him.

Honestly, more than the trash football I've witnessed this season, his interviews made me think that he's completely lost it.

His take on youngsters, his rant on how Italy is obsessed with Guardiola and that they should return to 'their style of football' that won them 4 world cups makes me think he's quickly evolving into a dinosaur like Mourinho.

We can't keep sacking coaches ofcourse so we should keep him for another year atleast for stability.

We are quickly turning into the next United. Sad times ahead.

Eh but Brozovic threw away ball ..

A entrada do Cuadrado no Alexis Sánchez...

I don't think two things are mutually exclusive, Pirlo was disaster such as Allegri was disaster.
The first thing was due to unproven manager, the last one is what we call "minestra riscaldata" in Italy. the returns barely ( never ? ) work in football

There are two matches left, so things could change for Juve and Napoli, but it's arguable that they were actually better last year.

Juve had 78 points with 39 GD and a trophy. They don't have any trophies this year and much worse GD and performance. I think they would be in a much better position with Pirlo this year.

Napoli had 77 points and 45 GH and a trophy, but they bottled it hard at the end. They might reach these two milestones this year, but Gattuso actually did a good job with Napoli, getting two trophies, except the bottle at the end.

It's funny how the narrative in a season changes despite the actual data.

The only reason it's comfortable for Napoli and Juve in the CL spots is that Atalanta had Zapata injured and fell off a cliff, and Lazio performed worse than last year. With Atalanta at last year's level, Juve and Napoli will be competing for the fourth spot with Lazio having an outside chance.

At the upper end of the table, Inter will be at least 7 points off from last season, which isn't bad when you consider losing your coach and star player. Shows the great job Inzaghi and the replacement players did (I personally called it for the success of Dumfries and Hakan). Milan is already a point better than last year, but I think our performance is actually a bit weaker but more professional. I think we already should be at least four points up if not for the refereeing mistakes.

Juve 21-22 is basically a non-season, most games are a pain to watch and a waste of time

That said it was already the case last season under Pirlo, while we had a less defensive approach, i can assure it was a terrible season. We won a consolation Coppa but that doesn't mean much.

We lacked Ronaldo and Chiesa to score clutch goals. Something Allegri tried to compensate by playing ultra conservative, it did not work. For heavy defense to be effective we must control the tempo and therefore basic awareness in possession phase is required. As example i doubt Vlahovic is removed from Allegri's instructions

instead we cannot string 2 passes together it ruins the strategy, we struggle to create scoring chances and everybody gets frustrated. Those issues already existed last season it's just a different setup.

The limits of this squad are obvious, give it to any top manager they cannot do miracles. The solution is to buy better players this summer. 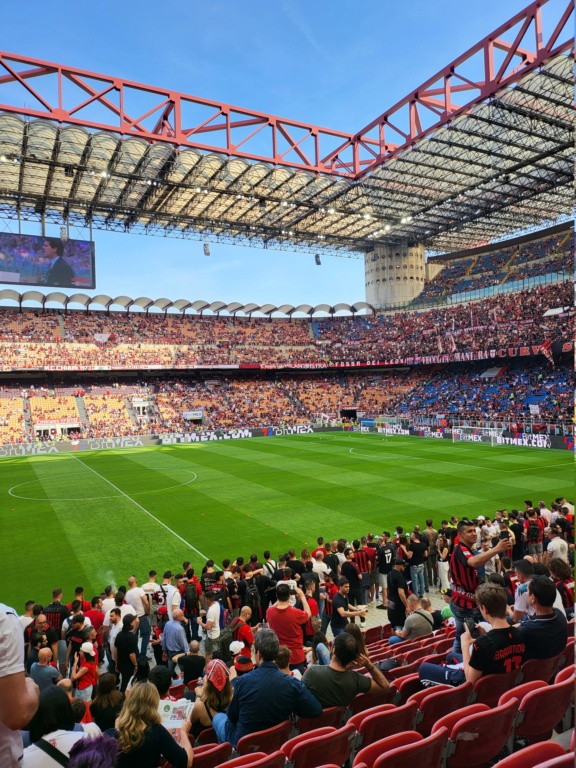 Hope u lose tho

That's some goal from Theo Hernandez. What a run and excellent placement on the shot.

What a game you picked to watch @Kaladin

First of all congratulations to ES for being at the San Siro, seeing a win and at this time for Milan.

Second, lets continue to hear how Theo's no name brother is better than him no matter what Theo does, producing a goal that no left back in the world can and he seems to do this on a regular basis.


The Scudetto is ours as I said it 2 months ago because our team has turned so good under pressure no matter what the situation its baffling to see how much we've grown from our situation and to Scudetto winners as of 2022.