I've seen enough... been my favourite player to watch since he came into the starting team vs a home win against Chelsea late last year December. Still raw as he currently lacks wise final balls and decision making in dangerous areas, but he is still at the stage of his career where he is learning a lot. Potentially a better peak than Saka, will get his England first team call up soon enough. Would have been nice if we had prime Wenger coaching him, or anyone with a vision for developing young talent for that matter.

Of cooooourse.
The 15 players above him are all dribbling at 0.5 mph right? 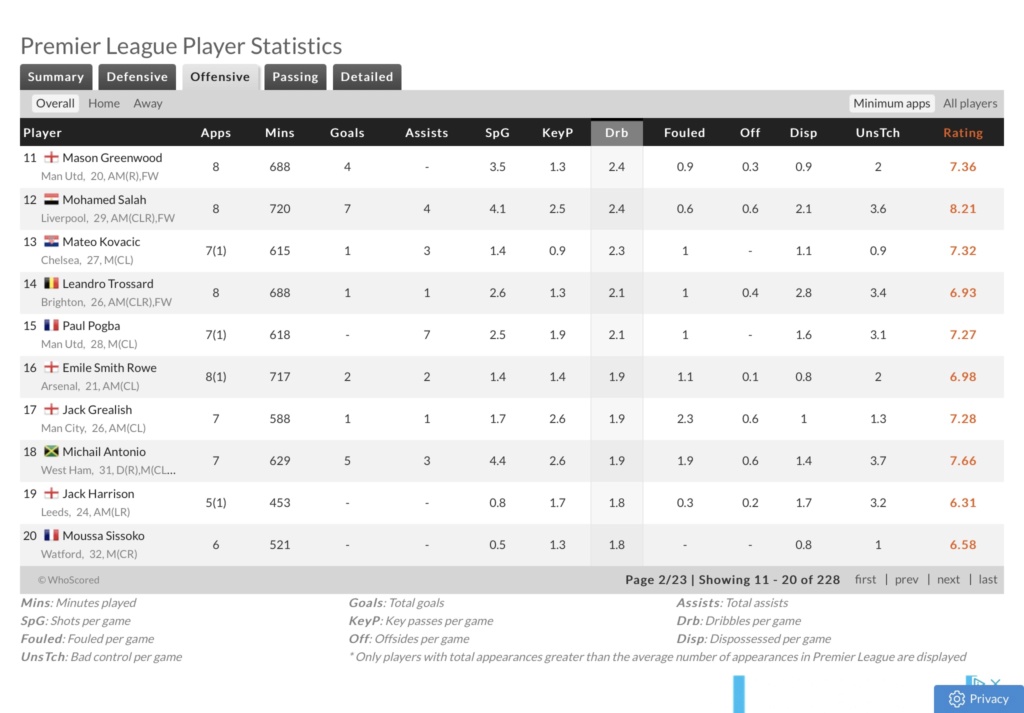 Carragher is a clown. Smith-Rowe is great though.

Love Carra and hated Neville all throughout but as pundits one is actually a very good one and the other is downright terrible. Like bad on another level.

i believe there is a difference between "best" and "fastest"

either way, sure it might be a bit of hyperbole on Carragher's part, but i understand his sentiment... his sudden turns and burst of pace makes his driving/dribbling runs stand out from some of the other players in the league

Great asset for the club

He's very good at driving the ball. He can become a Grealish with end product

I don't want to poop on your party or discredit ESR, but keep in mind that this is Brentford, who hasn't been in the top flight since the 70s

poops on you, dude's been killing it all season and he'll only get better

That's largely unrelated to what I said, but I guess that's great