Barcelona announced on Wednesday that their first pre-season game of 2020-21 will take place against Nastic at the Estadi Johan Cruyff on September 12.

La Liga is due to kick off on September 12 but Barca won’t get involved until round three as their start to the season has been delayed.

Barca’s first game is against Villarreal at the Camp Nou on either September 27 or 28.


I expect barca to lose many glory-hunter fans this season onward. As if this section wasn't dead enough

I guess we are only able to arrange friendlies vs very limited and convenient opponents due to the virus this pre season, but at least no fancy overseas trips that could distract the players as well b4 the season starts so soon.

Koeman will need to work fast and play and decide which of the players should be given chances when the league games starts.

The transfer window closes on Oct 5 so I guess thats about straight after the season league game we would need to close any deals.

Myesyats wrote:
I expect barca to lose many glory-hunter fans this season onward. 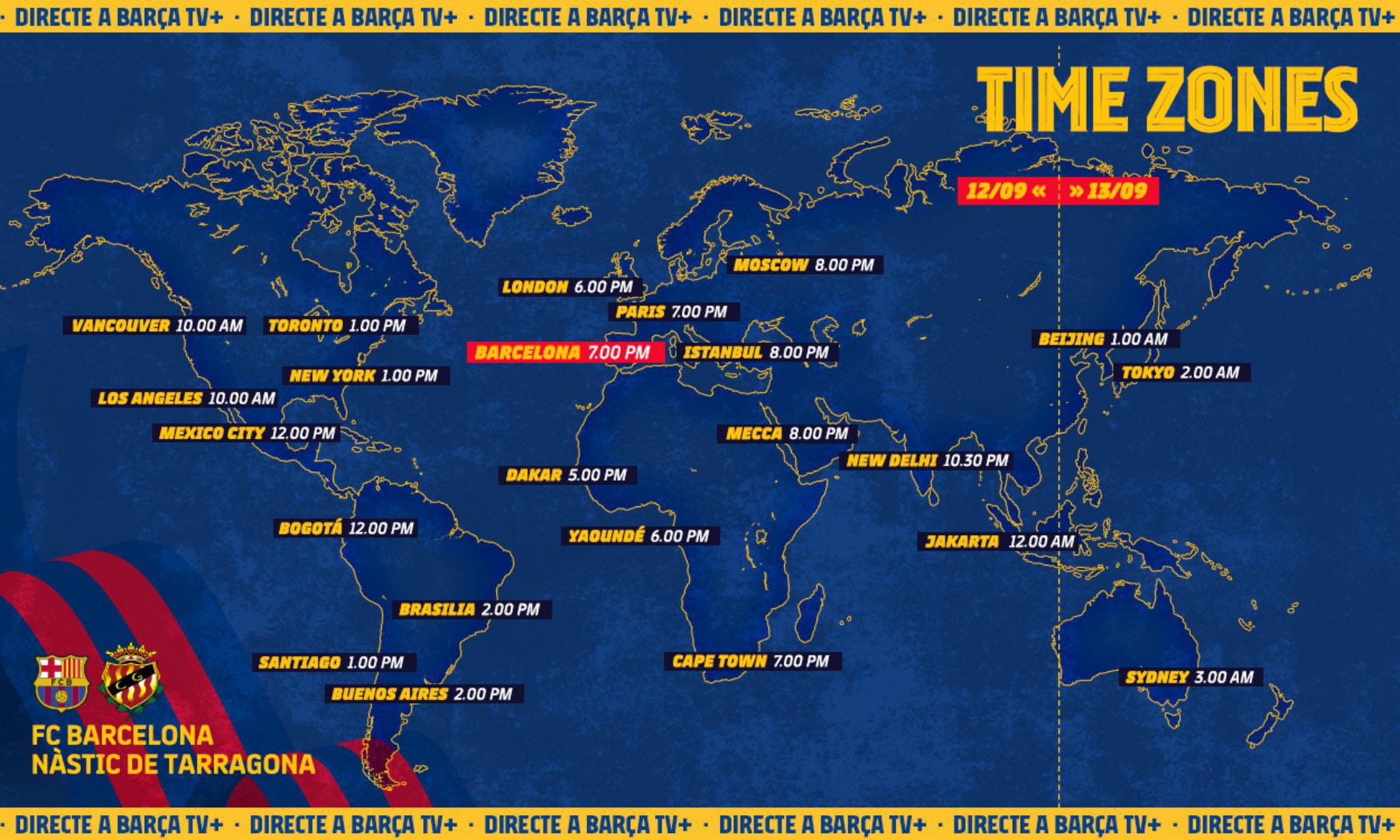 I won't watch it but I'm putting a tenner on Braithwaite not scoring.

Koeman wants Ansu at CF according to papers

Suarez will stay maybe, he posted "Fake News" on his ig today

Koeman talking about pressing and winning the ball back

My sides. Boy, is he in for a surprise!

Which of the last 10 Barca coaches did not talk about "pressing" and "winning ball back", huh?

Yeah forget about it. This season will 100% be worse than last.

Trincao is VERY good. I have high hopes for this kid, he's under the radar, think he'll surprise many

With Messi and Griezmann you really need another left footed dribbler?

Messi is finished imo, physically speaking especially, he seems exhausted every game yet runs half as much as the other players

At this point it's a burden to have Messi because he hogs the ball, everything has to come through him yet his output is not nearly the same as it's been a few years back, naturally.

Trincao is only 20, he'll be eased in into the starting XI and hopefully become a regular, in 1-2 years when Messi finally says peace out.


Griezmann was a bad fit from the start, he plays more centrally though, Koeman put him at CF last night but i don't think he has the awareness to play in that way. We'll see but indeed I expect squeezing Griezmann into the lineup will be a headache for Ronald.

Setien tried to cram him at LW but he clearly has the instinct to come in from the right as he's left-footed, was totally wasted for most of last season at LW.


So I think Trincao can have plenty of rotation. Koeman was praising him post-game, seemed really impressed. He's fast, explosive and amazing on the ball - really reminds me of young Neymar.

He was displaying great confidence for what was his very first game for Barca. Vintage messi dribbling

I get that you need to stay positive but dribbling Segunda B players isn't a feat.

He was bossing the whole Portugese leauge though. Player of the month several times, great finisher too

Do you guys have to shit on literally every youngster

Literally the only thing that is exciting about Barca these days- a promising young player. Because everything else doesnt work at this club 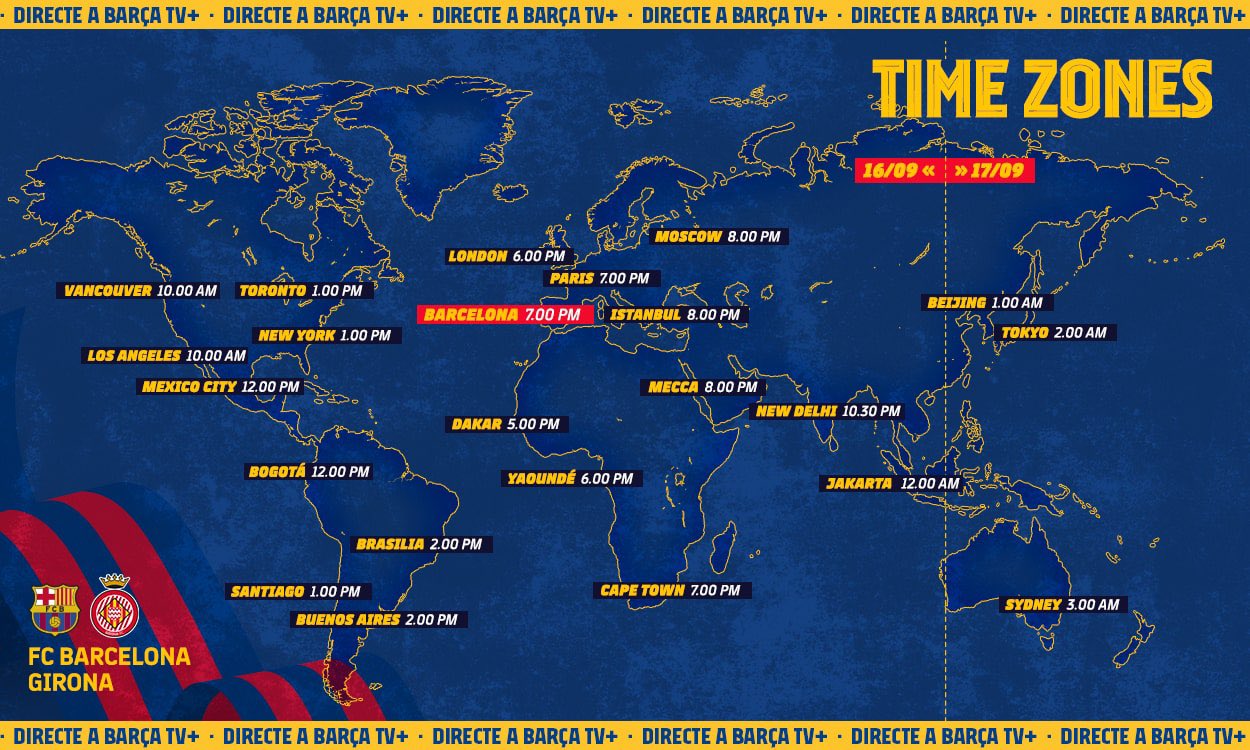 I hope Koeman has the guts to bench Pique and play Araujo. Young blood looked much better

Myesyats wrote:They couldn't be lower for this season which is undoubtedly going to be a disaster

I think Koeman is very well capable of winning the league over Real Madrid.
The team is going to be ok. Messi is still there. Pjanic is a good midfielder. Hopefully Dembélé can contribute.
Only problem is the striker problem. But Koeman is a smart and tactical manager, he will find a way. It's just probably not going to be attacking fireworks

Busquets and Roberto should be dropped ASAP. Why not play youngsters ffs

If they start the first leauge match, Koeman out

Araujo is so much better than Pique ffs

Watched the game. De Jong has a big weakness it seems - misplacing pass in dangerous positions when under pressure, which is surprising. But it seems to be quite frequent. I notice he often deals with pressure by dribbling with the ball, but vs good teams when they press together I think he must learn some tricks from Busquets who is often static but able to deal with mutliple ppl pressing him. Otherwise in a 2 pivot like that De Jong is gonna struggle.

Cou and Griezmann as expected are bunching up badly, its just not gonna work. Only so much Alba can provide width going up and down all match, and hes aging.

Dembele disappointingly looks just like the raw player he is still, during so long off it doesnt appear hes learnt anything new or improved his all round game? I hope Im wrong, otherwise hes just gonna be miss or hit in games.

Seems our pressing is improved, and we are in better condition and moving the ball faster. But there are still glaring weaknesses. Roberto/Busquets on the right side is gonna be exposed so badly every game I imagine if this is how we gonna start. We need Wijnaldum type there instead of Trincao, we are so front heavy and unbalanced its not funny.

At least Messi is still his usual self, absolute masterclass of a performance again.

And what about this fking pink color kit, is it a joke? They look like h0m0sexuals ffs. It felt like I was watching women's gymastics costumes or something, and it also hurts the eyes, too bright. I hope its not a default kit, I mean WTF?

Agreed with all you said, double pivot can't work with the players we have and Messi up top especially

I think Araujo has impressed so we could drop Pique at least. Semedo instead of Roberto definitely. Busquets definitely bench and Alba declined badly too, we should sign Gaya at least as replacement.

And Dembele looks as braindead as ever, the ultimate deceivement defraudation by Hans