sportsczy wrote:Reminded me of the games between Madrid & Barca in the Mou v Pep days... became fight club-worthy lol.

Neymar is an idiot as we all know it. Someone threw a racist slur at him? Put on some diapers ffs. He should have been around when I grew up. Racist slurs, not nice things about my mother and my sister, etc... all the time. I dished it back too. Just part of the game.

Is that all gone?

Nah. It’s really not cool to do that and yes, it’s all gone.

If fans were making monkey sounds and chanting as such, we would be up in arms about it.

It’s the same thing when a player says something to another player, heat of the moment or otherwise. There are many ways to talk trash without being racist.

And yes, Vertti is one of the biggest frauds in the last decade

guy should be playing for Saussuolo or some shit

Verratti ' s gotten worse staying too many years at Paris
Honestly I believe it's destiny of who stays at lenght at PSG, the only big team in a weak league
Somebody save Mbappe

Any juicy additional bans, or did everyone get a parisian excuse?

Holy shit, this sounded too mouthwatering to pass, I watched it back in a skip-through fashion

Wow, just wow, easily up there with the worst Barca-Atletico or Madrid derbies in terms of sheer unhingedness of fouling, playacting, shithousing, diving and a general all-conquering sense of relentless anti-fair play mindset.
Maybe one of the worst I've seen. What an absolute massacre, what a panorama of disgraceful behaviour.

Player rolling around the pitch literally every 40 seconds. On top of the considerable amount of dives, also an insane number of fouls committed, just constant hacking at each other's legs, and then on top every contact milked to be viewed as an atrocity of genocidal proportions

Neymar started the whole thing off by rolling around the pitch like he'd been shot in the leg after a tackle that had not actually touched him AT ALL, for which Sakai got yellow carded no less, after a few minutes played.

Payet returned the favour when Neymar fouled him a bit, rolling around, holding his head too, then a shoving match already, both yellow carded after 10 minutes.
And of course noone has to push Di Maria to start playacting, he revels in it all by himself and was on the ground every other minute.

Di Maria spits at a Marseille player and gets away with it (in CoVid times no less!!), Neymar meanwhile starts a yelling arguments with 3 people at once over it, already on a yellow.
Then follows it up with a clear dive in the course of which he stamps on the opponent, who gets yellow carded lmao.

Referee in over his head, no authority, no control, complete disaster of a refereeing performance.
Should have sent of Di Maria and Neymar then and there. End of story. Disgraceful sportsmen.

Another shoving match shortly before the HT whistle, where Amavi easily could have been sent off already.
And that's all in the first half.

Then Marseille have goal ruled out for a very questionable offisde call, Paredes comes on to join the fun with a yellow-worthy foul on Payet as his first action
Di Maria gets away with what MUST be red card, just viciously tackling Payet on the ankle from behind with the ball gone.. amazing

PSG pressing for the equalizer, messing up chances, Draxler just abysmal, Neymar on a yellow just keeps shoving players and getting in their faces, shoves Alvaro to the ground off the ball, then shouts at him, amazing attitude, absolutely amazing.

If the referee showed consistency and control, he would tell him to stop it the first time, give him a second yellow the next.
Neymar could choose whether he wants to walk to the shower in minute 40 or get his fucking act together.

Instead, he's still on the pitch to be a central actor in the madness ensuing at the end.
Paredes starts it, pushing Benedetto over, Kurzawa and Amavi get rightly sent off for kicking and hitting at each other in the ensuing brawl, Paredes gets his well deserved second yellow, and finally Neymar gets the sending off he's been begging for all game, for arguably his lightest offense, a gentle, reapeated pat on Alvaro's head..

Man of the match: Mandanda

And as for Neymar and the supposed racist insults, sorry, if you fake injuries all game, playact, roll around, dive around all game, noone should believe a word you say.
Neymar is a diving, playacting little prick, him accusing someone of lacking respect or character is a joke. He simply lacks credibility, he might have been racistly abused, but he might very well just be making it up, the way we see him making up being fouled and being in pain 20 times per game.
If he wants to be taken seriously, he should take a hard look at what kind of attitude he's displaying to the world every day.

I imagine it doesnt help that the PSG players are rich as kings and are used to treated that way off the pitch. And when they go on the pitch wanting to be they find the opponents dont give a shit and they are just not used to it.

Anyway, agree with many that Neymar is now like 28? Still not mature enough to deal with all these issues which are part of the game when you're such a top players. The stuff the likes of Messi and Ronaldo has to deal with probably every other game.

Just watched the match, Hans' summary is spot on. Just like to add Parade actually b4 that foul leading to the fight, purposely ducks instead of jumping to compete the header and almost leads to the Marseille no.9 seriously injuring himself, and that guy took revenge and fouled him on purpose, thats why Paredes reacted.

There were some strange decisions in this match thats for sure but what a difficult one it was to manage.

Oh well, at least this should be interesting fight for the title this year hopefully. PSG have it too easily every year

Everyone is focusing on Neymar here... and he is a little dirtbag whining POS tbh... but what Di Maria did is FAR worse.

How do you spit on someone when you were diagnosed Covid 18 position a little over 2 weeks before that! It's almost criminal. He deserves a monstrous ban.

I think Neymar, Paredes and Di Maria get 7-10 matches honestly. After appeal, it will go down to 5.

Oh and Tuchel is on the verge of getting fired. Leonardo doesn't like him and wants Allegri.

PSG have created an in-house taskforce to prove Alvaro Gonzalez was racist towards Neymar & have uncovered footage from an isolated BeIN Sports Middle East camera that will help them demonstrate that the OM player used the word monkey, per Le Parisien. https://t.co/zcgfL82llm

Wtf is going on with this club ffs

Well Neymar has to present himself in Front of the disciplinary committee of ligue 1. Every player can typically mount a défense to reduce their ban or to overturn it. So PSG are helping Neymar with it, simple as that, it sounds more grandiose than it is.

Oh forgot to mention they need to lick Nerman’s feet so he renews his contract seeing as Mbappe is leaving soon, they need to keep Neymar, so they will do everything they can to show him support

Why does Draxler keep getting picked....

Mbappe is like a man playing vs boys at times in the league... cant wait till he moves, even if its to Real

U just know hes too good for PSG, needs to be at the best club/league, only a matter of time b4 he gets the Ballon D'or then.


Ten people, including a senior operations manager at Uber in Italy, are under investigation over the alleged exploitation of vulnerable migrant workers by the company’s food-delivery arm, prosecutors have said.

According to investigators, the workers were “subjected to degrading work conditions, paid €3 per ride”, and had their tips confiscated.

The case, which focuses on Uber Eats, prompted a Milan court to place Uber Italy in temporary receivership in May for the alleged exploitation of delivery riders.

It is alleged by prosecutors that a migrant who worked as a rider for one week in May, for a total of 68 hours, earned only €179.50. 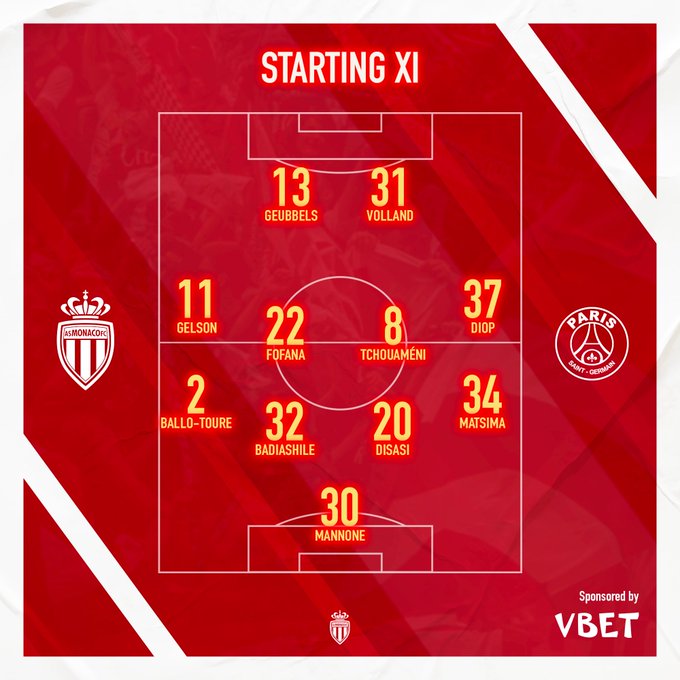 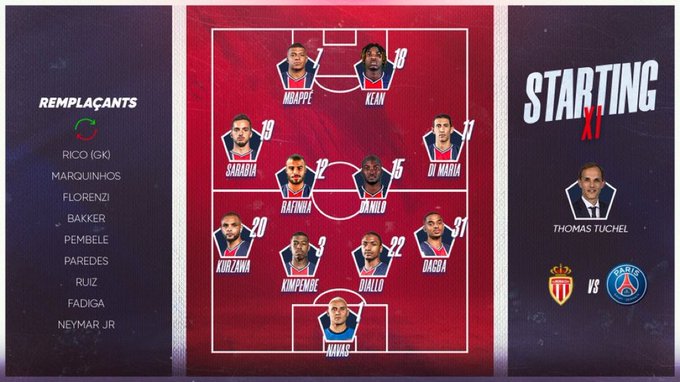 could be 5 already, too

turns out Kovac is still a trash coach, no surprises

nah also ruled out, two goals ruled out for PSG already which looked very close and no replays or images given

what's up with VAR implementatiion in Ligue 1, give us evidence you stupid fucks

Yeah... Monaco playing a youth team basically. A bit of a disgrace the squad that Kovac has. He's doing fairly well under the circumstances.

BUT, playing that kind of defensive line against Mbappe = he may score 10 lol.

Olympique de Marseille have explained that they chose not to take the knee in their Champions League clash against Manchester City because French clubs 'don't accept US habit as easily as in the UK'.

France and their disdain for the anglosphere

you love to see it

Things have changed, France isn't that far behind the UK when it comes to following US trends like a lost puppy. Just a few months ago we had this embarassing debate about taking down historic statues...I'll let you guess where that idea came from.

But the UK and Australia still take the cake. Some British people have even started celebrating Thanksgiving.

Breaking | Discovery, DAZN & Amazon all made offers for the French football domestic TV rights today, all below the required threshold mentioned above. LFP board has decided to reflect for 24 hours. More follows. (RMC)

Page 2 of 26
Permissions in this forum:
You cannot reply to topics in this forum
Latest topics
» The Gospel of Gabriel Jesus according to Pep