Now just 6 points ahead of us. If Barca can be useful for once and actually beat Atleti that would be nice

Simeone is wasting the talents he has. He might have adjusted the team here and there, used a back 3 to attack and so on but at heart he is still too negative and not trusting in talent. Modern man's Mourinho in an all black suit and a strange afro.

Saul should be much more important than he is, in most other clubs he would be starting every week and being one of the best midfielders. At Atleti, he plays leftback, leftwingback, on the bench and seems to be seen as too offensive to play next to more than 2 other offensive players.

He is also wasting Joao Felix. He is a remarkable talent and every game I watch he has some positive impact. Shame he is still coming off the bench for players half as talented or touching the ball once every 20 minutes with 9 players 40m behind him.

Im delighted, they are throwing away that giant lead they had in the league and I am pretty confident we beat them barring one of our usual Lenglet/Umtiti/Alba catastrophes.

He is destroying Felix. He'd be the perfect Aguero replacement at City unless they go after Haaland

We rarely been able to beat Atletico whenever it mattered during like the last decade it feels now, so no hopes here. Basically its really surprising that the top 3 teams of the league are all shit atm looool... so whoever is the least shit will win it

Atletico has been clearly overperforming since the start of the season/. I expect them to drop many more points in the remaining games

They have dropped points in 5 of the last 8 games. They are deffo bottling this

Llorente is the one keeping them from losing

Messi great goal already. Looks like an easy win for us, the opponent is so lax and we looking hungry.

Nobody makes it look so easy from out of box.

Lionel has absolutely mastered the technical side of football. I don’t think I will see a player as good as he is in my lifetime.

Griezmann picking another trick up from MEssi, how to shoot curl into the top corner

Yet another one of those pens out of thing air. Basically the strikers misses the ball and it goes beyond everyone, Ter Stegen didnt even dive in, more like the striker ran into his hand afterwards? Looool....

Lmao what a peno, football is a joke sometimes.

Thin air penalty. Here is an idea. Lets just chalk up a couple of goals to the opponent whenever we play.

Where was the foul for penalty? Funny thing is VAR does nothing when referee makes a mistake

2 elbows and not even a yellow.

Well that was easy, 2 players with free header positions waiting to score

In response to penaldo, all real goals, and none pen down the middle

@Valkyrja wrote:Lionel has absolutely mastered the technical side of football. I don’t think I will see a player as good as he is in my lifetime.

one of the worst penalty calls in history, spanish ref also refuse to look at video replay?

one of the worst penalty calls in history, spanish ref also refuse to look at video replay?

I think it's more frustrating when it looks like they're just glancing at the video replay as if they don't actually have time to take a proper look at it, and then they turn around and make the wrong call despite clear evidence for the opposite in the replays. I've seen this happen in all of the top 4 leagues.

Joselu you idiot. Where is VAR? penalto reverso puta madre!!!

fucking half of atleti in the box 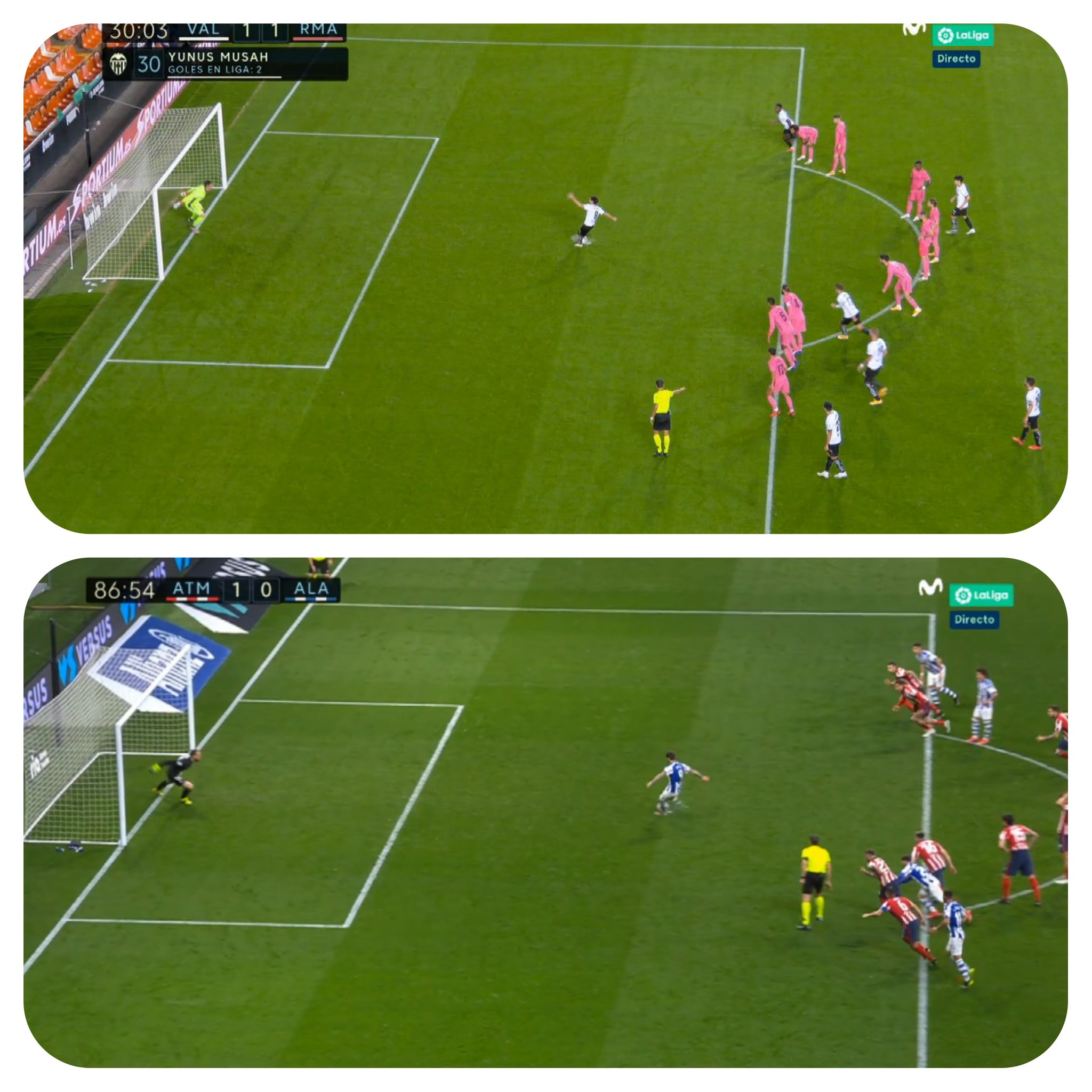 And is that the first goal for Dest? He really is a gem.

Both very nice worked goals, naturally Messi central to it all.

Real Soc isnt direct enough and for a long time it was just both teams pushing each other from the GK already, and basically one GK passing to the other it felt like so boring. And then Real Soc GK makes a mistake and at this level it feels like the opponent immediately senses it and attacks and often score straight afterwards.

fucking half of atleti in the box

What is new???? Barca catching up so Atleti needs a push. We've (me and jiopsi) seen it before!!!!

What a rout Wooo hoooo

Yesterday at 11:15 pm by Robespierre

Yesterday at 10:35 pm by RealGunner

Yesterday at 9:21 pm by CBarca

Yesterday at 8:10 pm by Casciavit

Yesterday at 6:12 pm by Freeza

Yesterday at 5:13 pm by McLewis

Yesterday at 3:40 pm by rincon

Yesterday at 3:30 pm by rincon

Yesterday at 3:04 pm by Nishankly