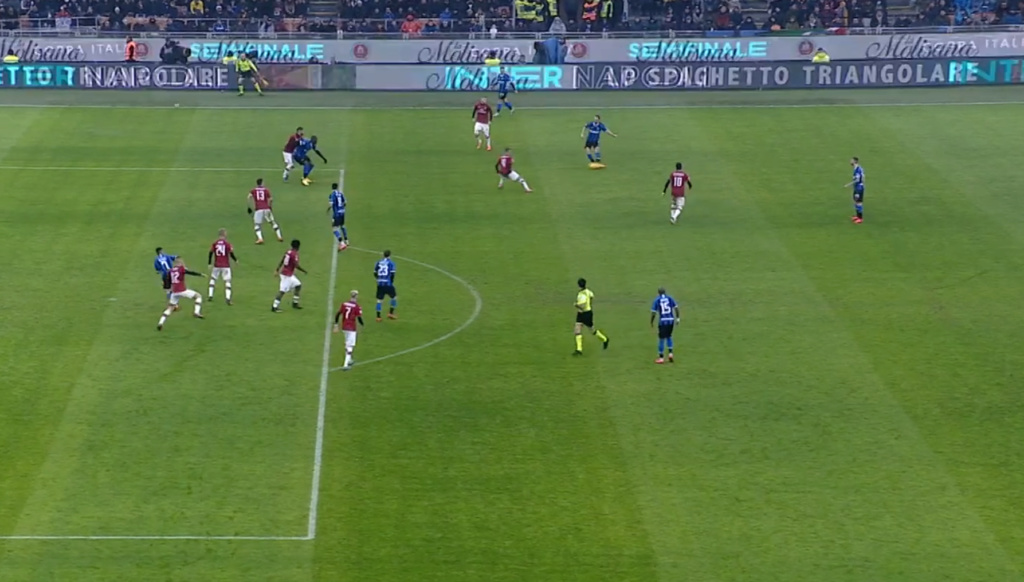 It is not correct that frame, It was regular, don't be worried

Must be fun watching a competitive league huh?

Don't Worry, Atletico will do what Napoli did to Reds in Fall

VAR checked it and showed the frame during the game.

He was clearly onside.

thank god that rules us out.

thank god that rules us out.

VAR checked it and showed the frame during the game.

He was clearly onside.

Must be fun watching a competitive league huh?

Don't Worry, Atletico will do what Napoli did to Reds in Fall

dude you are a 12 post having madrid fan that can only dream about how good liverpool are so dont @me son.

mans going back 10 years looking for some respect aint getting any on GL.

Talk me about Moses under Conte in Chelsea
Thanks

So Moses is a winger by trade who is quick enough and strong enough to hold his own, but isn't skillful enough to be a 4-3-3 winger. He's a decent crosser and has a terrific engine.

During his time at Chelsea he was in front of Azpi, who basically guided him defensively, as it was new to him. I expect Conte knows this and will make sure who ever is his CB will tell him where to be and what to do. He can have defensive lapses as it's a position he's not played consistently, but if he hits top form, he'll hold down that whole right side by himself.

Conte is the best manager for him, imo. I only see it going well for him, considering how well he played under him at Chelsea.

Watching Inter today made me miss Conte and Moses and left me wondering what could have been if we signed Lukaku instead of Morata. 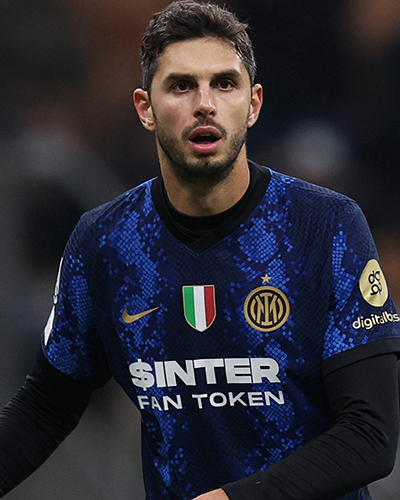 Romagnoli against every Inter CF. 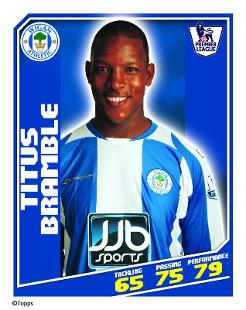 Seeing Robes this happy is sickening. Need Jjuve to get their fucking act together.

@Doc wrote:Seeing Robes this happy is sickening. Need Jjuve to get their fucking act together.

I would say both JJ and Munich are going to win their respective leagues in the end. It might be in May (due to the un-seasonal turbulence they are experiencing; might be that Ciara lady), but they will win it in the end.

Not taking anything away from the Inter, Lazio

mans going back 10 years looking for some respect aint getting any on GL.

All you numpties banter is so weak ffs, learn something from the likes of Hans. You have so much material and this all you come up with. As boring as the PL this season.

@Robespierre wrote:Eriksen and Ashley Young already fallen in love for San Siro atmosphere (special in a derby first of all)

my absolute favourite part of When the Spurs go marching in is that Southampton exist and they sing it correctly, Spurs just rewrote it and poorly

Paratici and Sarri together have done a great job at making the league competitive this year.

From signing 400K a week flops like Ramsey to 'bolster' the midfield to Sarri playing Matuidi week in week out for 'balance'. Both have done a tremendous job in bringing about a more level playing field.

There are growing murmurs in the Italian media that Juventus could sack Maurizio Sarri and recall Max Allegri, who is still under contract https://t.co/wH3VMFAdbH #SerieA #Calcio #Juventus #UCL pic.twitter.com/wzvr4HjYGX

Unreliable sources but just putting it out there..

I would love it....if that happened.

@Robespierre wrote:Eriksen and Ashley Young already fallen in love for San Siro atmosphere (special in a derby first of all)

my absolute favourite part of When the Spurs go marching in is that Southampton exist and they sing it correctly, Spurs just rewrote it and poorly

Yes I knew it

About the ' When the Saints go marching in " chant , Inter legend Sandro Mazzola told a fun story

So Mazzola gave a disk who included this song to the San Siro' s speaker , saying " At the end of the match, when we 'll have won it, you make it resound this song "

Lmao an amazing article by The Guardian about Atalanta-  Brescia rivalry


Brescia v Atalanta: the Italian derby built on a 900-year-old feud
With the derby finally back in Serie A, Copa90 set off to Italy to tell a story about pigs, rabbits, wars and Roberto Baggio


There is something about Italian football that is difficult to pin down. Of course there is the passion, the singing and the rivalries but there is also a special ingredient that give calcio its special “made in Italy” appeal. It comes down to campanilismo, which literally translates to “belltowerism” – that intensified love of a place that is born out of Italy’s complex and divided history. This is a country where religion is deep-rooted, harking back to a time where local communities centred around their churches.

The Lombardia derby sums up that campanilismo and, for the first time in 13 years, the stage appeared to be set for its return. Wars and conflicts dating back to the Middle Ages lay the foundations for this rivalry, which continue to manifest themselves today in the form of food, art, dialect and, above all else, football.

The rivalry between Bergamo – the home city of Atalanta – and Brescia may look esoteric to outsiders, but it dates back to the 12th century. In 1126, some land in Brescia went up for sale and the city of Bergamo bought it to give themselves a territorial advantage, kicking off skirmishes that only abated three decades later when the Roman Emperor, Frederick I, intervened and returned the land to Brescia.

War broke out between the cities a few years later over another territorial dispute. The Brescians invaded the province of Bergamo and inflicted a resounding military defeat on their rivals, killing 2,500 Bergamaschi. Enrico VI eventually brought relative peace to the region but the simmering animosity eventually boiled over again, this time culminating in the gruesome Battle of Cortenuova, where the Bergamaschi finally defeated the Guelfs of Brescia. Since then, the two provinces have endured similar histories, floating between Venetian, Milanese, French, Napoleonic and Austrian ruling, before eventually becoming integrated into the Kingdom of Italy in 1861.

When Italy’s first football clubs were established a few decades later, the sport became the vehicle through which these historic rivalries were played out. People in Bergamo refer to their neighbours as “pigs” (Brescia has more pigs than people), while the Bresciani return the insults by calling Bergamaschi “rabbits”. During a derby in the 1930s, Brescia fans released hundreds of rabbits on to the pitch at the Stadio Rigamonti. Atalanta and Brescia have never been as successful as the big clubs in Milan, but they have produced a number of players who become legends in the nearby city, including the Baresi brothers, Andrea Pirlo, Filippo Inzaghi and Roberto Donadoni.

Friction between Atalanta and Brescia has always existed, but the fixture took on a whole new dynamic during a match in May 1993. Brescia – who had Gheorghe Hagi and Florin Raducioiu in their team at the time – won 2-0 but the game was suspended three times due to animosity in the stands. The brawling continued after the game finished, resulting in five arrests and 20 people in hospital.

Their meeting are rare but they are always littered with memorable moments – most notably Carlo Mazzone’s run in down the touchline in September 2001. The legendary Brescia manager had been animated through the game at the Stadio Mario Rigamonti, receiving plenty of abuse from Atalanta fans. His side were 3-1 down at half-time but Roberto Baggio scored for Brescia in the 75th minute to make it 3-2. At this point, Mazzone shouted to the ultras in the Atalanta end that he was coming over there when his team equalised.

Flat Earth FC: the football club who represent a conspiracy theory
Baggio completed his hat-trick with a free-kick in the last minute and Mazzone set off down the touchline, evading his staff as they tried to hold him back. The 64-year-old ran up to the away end and shook his fist at the fans, ready to take on thousands of them singlehandedly. “I turned into lightning,” said Mazzone. “I ran like lightning without thinking what might happen when I got there. I wanted to settle this once and for all. Man to man, in a rustic fashion, in an old-fashioned duel.” The referee, Pierluigi Collina, simply waited for Mazzone to walk back up the field before sending him off. Mazzone accepted his fate gracefully.

When the fixture finally returned this year, football fans across the country were eager to see how a new generation of fans would interpret this incredible legacy. Unfortunately, Italy’s authorities doubled down on their attempts to suppress the fans with new policing innovations – such as fan ID cards – which have been widely criticised by fans throughout Serie A. These draconian measures coupled with extortionate ticket priced have led to a drop in attendances across the country, mirroring Serie A’s recent decline in quality. So, at this, the first derby in 13 years, Atalanta supporters decided to boycott the game in Brescia. The visitors won 3-0, but Italian football was the real loser.

For a country where football carries such rich historical value – and whose supporters express cultural significance with such fervour – the match promised much more than it ultimately delivered. Still, the derby of Lombardia remains one of the most iconic, under-appreciated and fascinating rivalries football has to offer, with the weight of 900 years of history behind it.

It's Time ! It's time to dethrone Juve, It's Time to rub their noses in dirt ! It's Time !

Page 3 of 40
Permissions in this forum:
You cannot reply to topics in this forum
Latest topics
» Cristiano Ronaldo is the GREATEST OF ALL TIME. Now Sit down and STFU