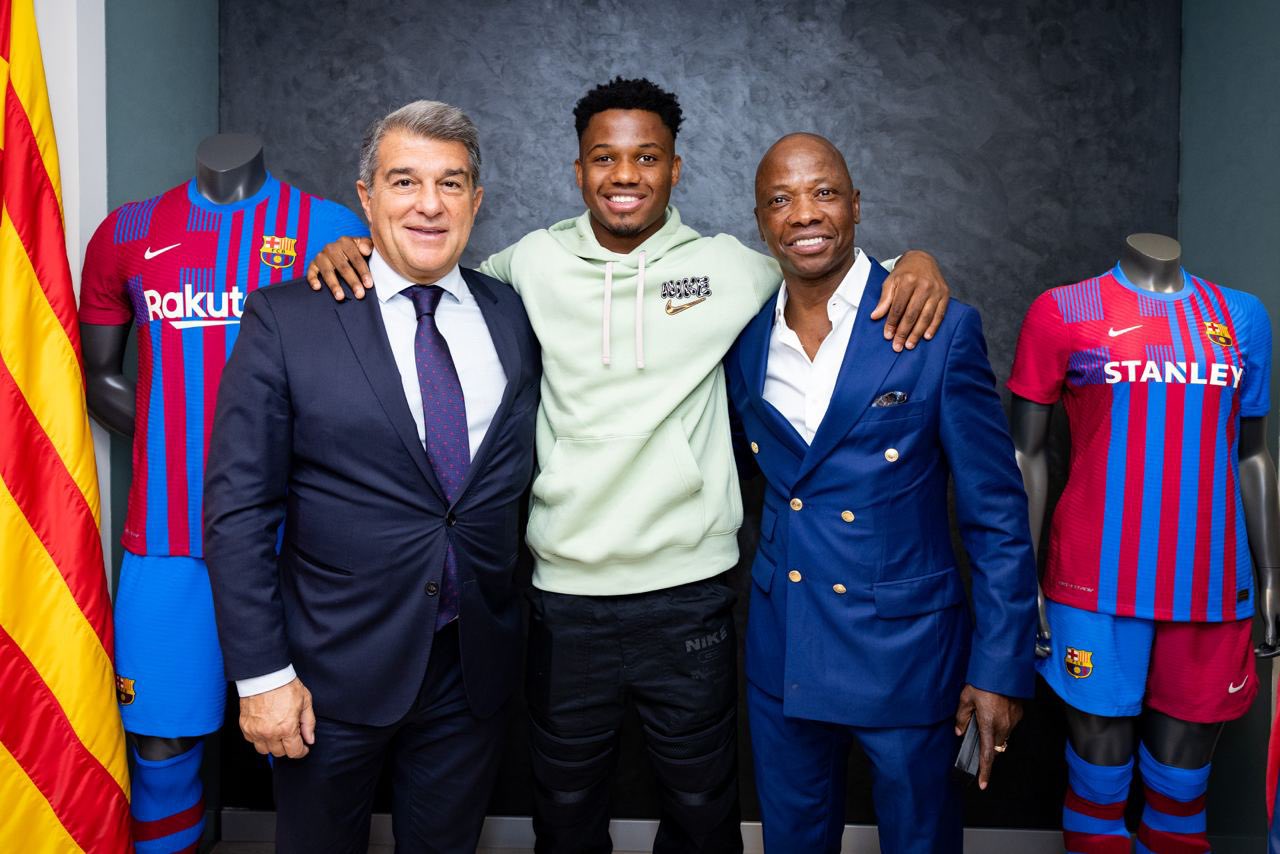 Good news. Salary is a bit high. 5m net for a 18 year old who just came back from 4 knee surgeries and a year out.
Precisely the sort of thing which landed us in this financial mess. I know he was in the last year but we should have still held the ground. Like we did with Moriba. The message has to go out that we are not paying above market wages ever again.
Given the knee issues, he should be paid less than other similar up and coming stars at other clubs. Likes of Vinicius, Greenwood etc. If he wants more, can go elsewhere.

Man Utd, Liverpool and PSG offered him MUCH more in wages.

He will earn 50m over the next 5 years

The clubs mentioned in the tweet offered him 2x that, 100m over 5 years.

Myesyats wrote:Man Utd, Liverpool and PSG offered him MUCH more in wages.

Your club is in the absolute shits literally because of your perennial ridiculous overspending on wages, involving your club having by far the highest wage bill IN THE WORLD and still you're peddling this "player x plays for Barca for less than he would get elsewhere because MES QUE UN CLUB" narrative?

10 million a year? to an 18 year old? As if anyone would ever pay more than that

dumb chauvinist Barca propaganda lies and you're falling for it

The clubs mentioned in the tweet offered him 2x that, 100m over 5 years.

You know better than that man. No way those clubs offered 2x. We have heard the same story with every player we sign.
Coutinho signed for a discount compared to what he was earning with Pool. Dembele was on low wages compared to what we have gotten elsewhere.
Every player we signed or renewed was on reportedly lower wages than offered elsewhere. And yet, we had a wage bill which was 50% higher than the next best club.

I thought things had changed for the better when we put the foot down with Moriba. When we said no to Messi. When we passed up on Wijnaldum.
I get the Fati situation is a little different. He is on the last year. Laporta is trying to push him as the heir to Messi.
Still, I prefer the medium to long term over short term gratification. Should have put the foot down here as well. He should make less than the likes of Greenwood, Vinicius, Musiala etc given the knee injuries.

2x sounds far fetched but I believe a club like PSG would offer him more to snatch him away..., otherwise they wage wouldnt be that high if other clubs didnt try to intercept with their offers...

Let's agree to disagree then.
I feel we have heard this spiel too many times. It's just the board spinning stories in the media to show what a good job they are doing imo.
Highly doubt United would offer 10m gross to Ansu. They have Greenwood who is as good a talent. Doubt they are offering Greenwood 10m gross.
Pool are as stingy as they come when it comes to wages. Doubt they have many players who make 10m gross. Highly improbable they would offer 10m gross to an 18 year old who is coming off of 4 knee surgeries.
PSG possible but they want someone to replace Mbappe who is leaving. Also, they have unlimited money which we dont. PSG should in no way be a benchmark when it comes to wages. Our benchmark should be Madrid, Bayern and Liverpool. All top clubs who have an excellent wage structure in place.

He should make less than the likes of Greenwood, Vinicius, Musiala etc given the knee injuries.

lol that is impossible. Vinicius makes 2.9 million a year.

Vinicius, Rodrygo, Valverde, Mendy and Militao make 14 million a year all combined. we don't pay the youngsters that much ( Camavinga earns the most 6 millions a year ) although i'm sure for their renewal things will be a little different.

But to be fair Laporta had no choice. talented youngsters are almost impossible to buy so the best solution is to pay a little more to likes of Fati and Pedri.

Thanks for posting that. Proves my point. No reason why we should be paying exorbitant wages to Fati when Madrid don't to their youngsters.
Hoped we had turned a new leaf with LaPorta. Doesn't seem to be the case. Yes, the risk was Fati would have walked. I think its a risk worth taking. The medium long term structure of the club is more important.

Yes, you are right. Typo.

Salary I'm not concerned as much as I am about the length of the contract.

6 years! Damn. Not the best way to motivate a youngster to keep performing their best. If he performs great for him. If he doesn't - he still has a 6 year contract. I remember Cruyff blasting the board for giving Messi a 5 year contract, after we won the treble. He would have had a field day with this.

I hope he keeps his head on the ground and keeps performing, despite the missteps of the board.

From Laporta's POV, I doubt there is a lot he could do though. I think the losing Neymar to PSG saga has really scarred the entire board, where they are never sure of which player can just get up and leave.
He probably could have gone the Perez route, but I honestly don't think that Perez is going to survive this frugal-breed-the-youngsters mindset. They're going to go all out for Mbappe and Haaland, and that is bound to start wage hikes for rest of the squad too.

If he’s out for another month then that will make it at least 15 months since he’s played or trained consistently. At what point does the amount of time spent not playing become unrecoverable? I’ve seen players who got injured and never got their level back, not because the injury left a permanent change on them, but just because they didn’t play for so long that they could never adapt back to the intensity of modern professional sport.

This is worse than I thought

It says two months out at least if he doesn’t have surgery, which will probably mean more future hamstring problems. Out for the whole season if he has surgery.
This is what I’m talking about in my other comment. The muscle deconditioning from not training for so long leaves you prone to these problems. Because modern sport is so intense, to recondition your muscles means risking more injuries every time.

He needs to do the surgery, then take the pre season to get back to match fitness. His season is done. What a shame.

Page 4 of 4
Permissions in this forum:
You cannot reply to topics in this forum
Latest topics
» UCL Final 21/22 | Liverpool Vs Real Madrid

Today at 7:48 am by BarcaLearning

Today at 7:33 am by BarcaLearning