Barcelona have failed in replacing Neymar after seeing investments on Ousmane Dembele and Philippe Coutinho fall flat.
The Blaugrana are now looking to get back their former asset but Paris Saint-Germain are playing hardball and refusing to let go of the Brazil international for anything less than a whopping sum of 200 million euros.

Barcelona are keen to bring in Neymar back to the club in 2020, but have been asked to sacrifice one of their brightest prospects in exchange.

Given that the Blaugrana are unwilling to offer 200 million euros for their former ace, the Ligue 1 champions want 140 million euros as cash payment while they have also asked for Barca youngster Ansu Fati in return. The 17 year old is valued at 40 million euros and has risen to the occasion at the Camp Nou, becoming a famous figure. 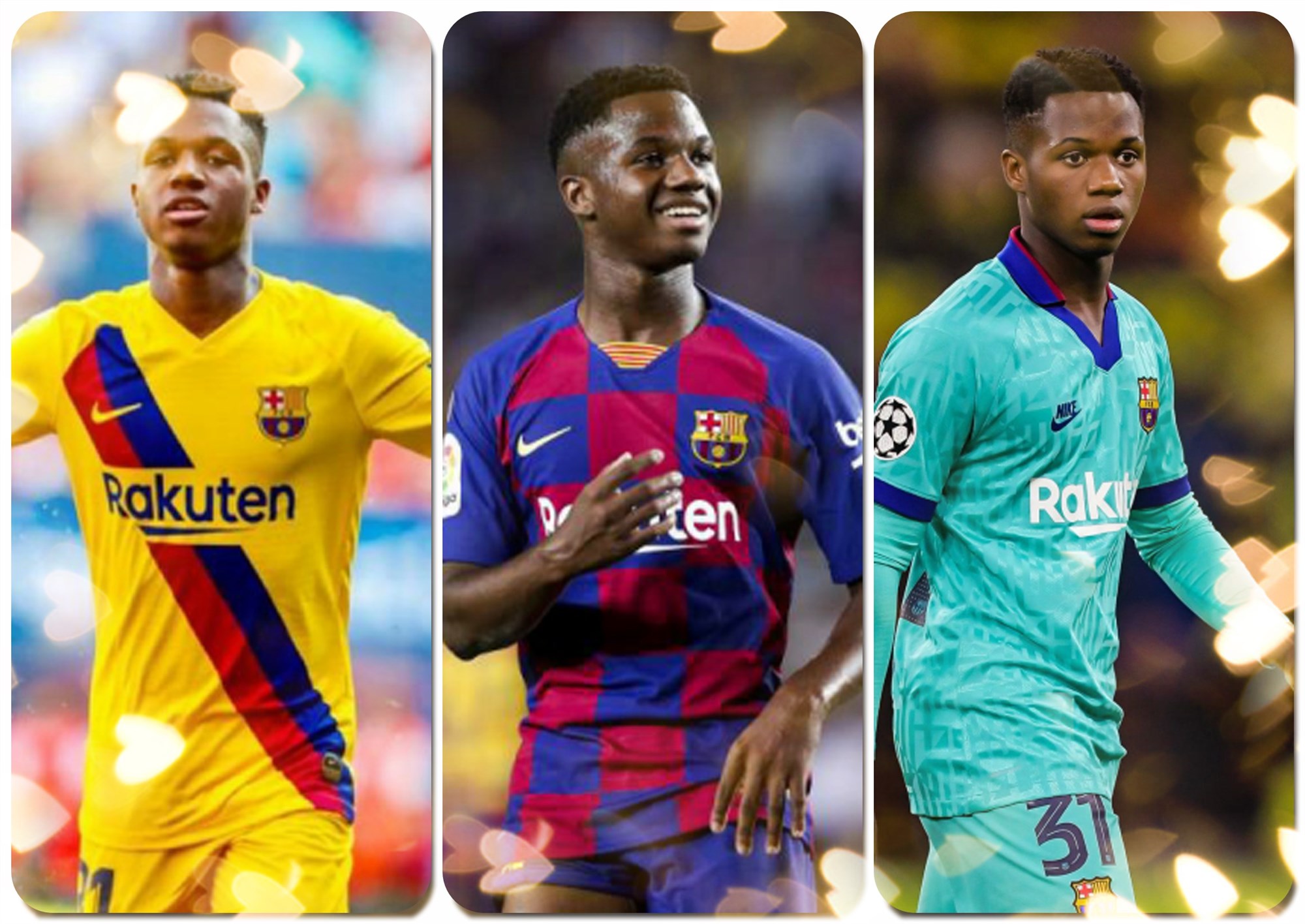 I'm in favour of a Neymar return but at this point the ship has sailed and in exchange for Fati would be presidential suicide at this point.

Neymar is soon 28 and has been injured for longer than he has played football in the past 3 years. His real value is 100 million at this point and that also because he is a marketing machine more than footballing reasons.

There is 0 chance Ansu will be in any way a part of the Neymar deal. Predictable bs rumor if anything.

But for the player himself it'd be better to move on because Barca isnt a good place for development anymore,.

I just saw the highlights, very impressive. Then saw dembele running in speed on the right flank in today's training. Cant remember when I saw that much energy and speed in our game last time.

What does everyone think his level is?
Can he be a superstar or is more a good to very good level player who can score 20-25 goals a season?

Very mature for a 17 year old. Elite finishing at this age ffs.

hard to predict the future though 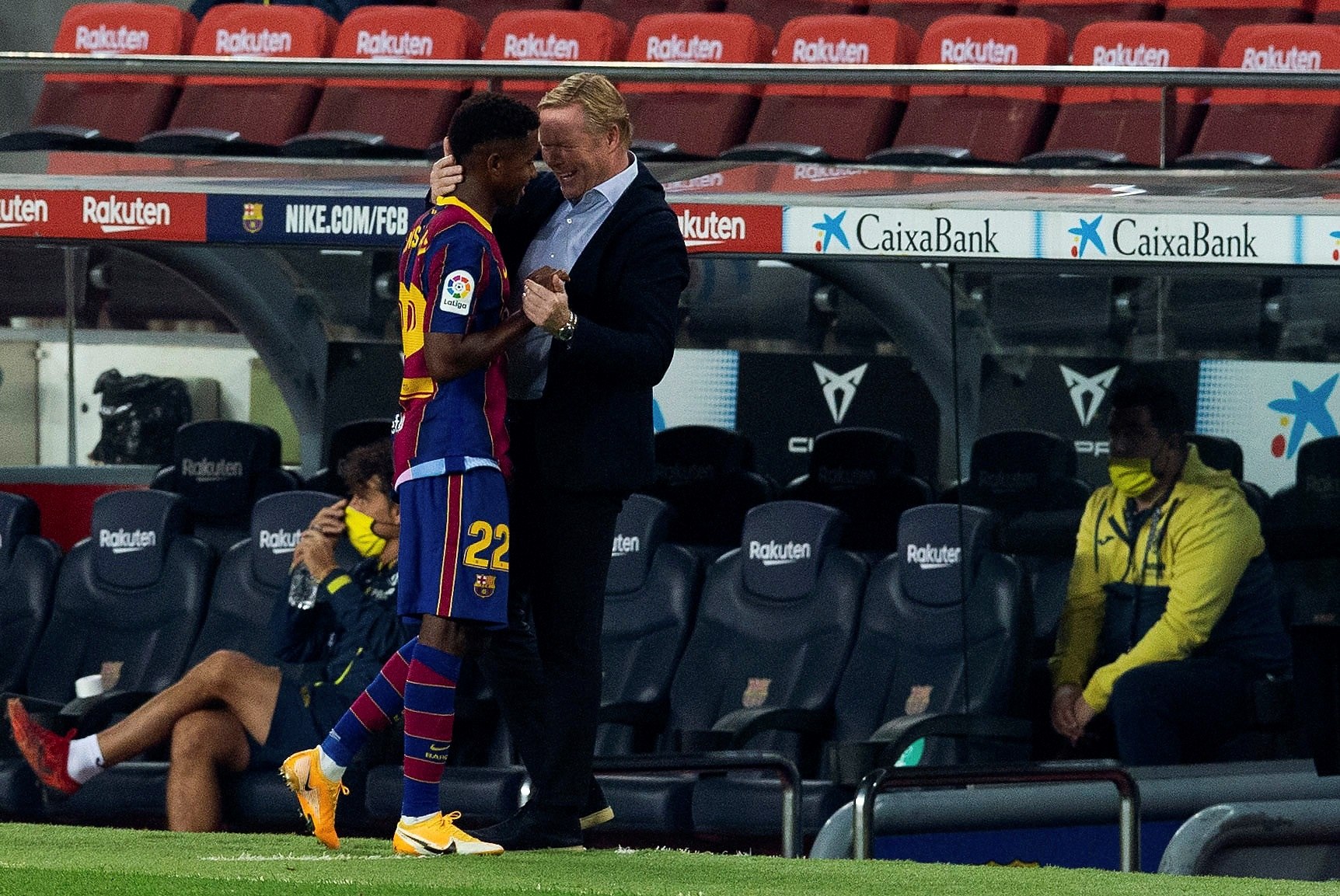 This kid is going to be a real gem, unreal composure and confidence for his age.

What really stands out is his football IQ. Kid plays with a game intelligence beyond his years. Still not sure he is a superstar level talent. But high IQ and outstanding finishing skills. I will take it.

Worried we are going through another hype/flop cycle with how much attention he's getting. The fans/media/club should let him develop without putting messi-replacement expectations on him. We've gone through this before with other cantera products.

BarrileteCosmico wrote:Worried we are going through another hype/flop cycle with how much attention he's getting. The fans/media/club should let him develop without putting messi-replacement expectations on him. We've gone through this before with other cantera products.

I get your point, but I think he is a bit different from those who were hyped but miserably failed later, say Bojan/Deulofeu.

Played CF and was good. I think that might be his position long term. Has great movement and strikers instinct. On the wing, he is not a great dribbler. He still needs to bulk up to play CF but long term, he could be great there.

Yeah its a shame that physically he is not there yet due to being so young, but he will be a shining star for seasons to come.

As long as he gets an Eto'o-like physique he will do well in life. I'm sure his mate Adama will give him tips

Electric game from him. Created danger constantly and was taking on players for fun. He seems to be taking on players more this season. Seems to have it in him even though he doesnt have electric pace. Him and Pedri make me forget the dismal football we play.

Three shameful performances in a row, lost his nerve and he's done.

Ansu had an assist and actually cared to press. I would say he was better than Mehssi.

He has a torn meniscus. Probably out for 3-4 months with surgery

We just cant seem to catch a break. Same injury Umtiti had. He was never the same. Hope Ansu recovers fully. Would be a shame to have his career ended before it even started.

At the very least, its season over for him. Thats our best attacker out and one of the few positives right now. this season is going to be long.

Terrible news. Hope he recovers fully and gets back on the path he was on.

Awful news. I didnt tihnk it was that bad. Hope it's not career ending

does this has to be anything with the physicality?? Dembele is injury prone. Now it seems to be this little kid too. its pathetic...

Braithwart can replace him. He needs a little bit self confidence and support