vini is only 19, whether you like it or not. he is a work in progress, there are grown men on the team with beards, i'm not going to put the same expectations on them on vini, especially considering i never thought we were signing pele when we signed vini. a 19 year old will do dumb stuff, basic fundamentals that one expects of a footballer, a 19 year old will generally mess those up. if we are blaming losing to mallorca on some 19 year old who isn't a generational talent, that tells you the team's status.

isco james asensio et al are older experienced players, those should know better. but heaping crap on some kid, who in a club like this, should really be on the bench, or out on loan is ridiculous to me, even messi who was actually good wasn't expected to execute at 19, they had eto'o and dinho for that....but once again it depends on what you expected of him. a kid will be a kid, but i get it this is madrid and we have no time for that, which is why i've never bought into signing kids

as far as zidane, i mentioned mourinho and you all where up in arms. zidane's problem is not limited to tactics. lope and solari had practically the same squad and nothing came out of that. and btw @chad you do realize madrid fans don't tell flo what to do. i think you think in your mind, that florentino goes to fans or that GL is somehow connected to the madrid board room and we tell players what to do. if fans, including the fans at the stadium had as much say as your mind leads you to believe, i can think of 11 things that would have been different

so quit crying everyday about these illusions of the media and fans influencing the team. its almost as bad as the guy who rants about the united nations conspiring against messi....except his is actually hilarious

oh and btw maybe your friend benzema should demand the ball more. if you aren't getting the ball, and you're a senior player that should be a problem for you just on respect alone. if you're not getting the ball freaking demand it and let your teammates know it. henry cristiano zlatan, you see them when they don't get the pass they want, they yell at their teammates. great players have that luxury, even messi who people consider a nice guy, let david villa know what was up when he didnt get the pass he wanted. you don't be a leader by being nice or passive aggressive.

you want a pass, yell at the guys, but if you yell, you better be in a good position to receive the pass and be ready to deliver when you get that pass as well as in crunch time. if you're yelling and you can't put your money where your mouth is, they won't respect you, and won't pass to you, and your biggest fan will come here crying to us, like the fan base puked on his versace suit

If I can add my 2 cents to this conversation it's clear and obvious that there is a balance issue with the squad that we have today. But this is ultimately Zidane fault for failing to bring someone that can help in midfield and relying on the same guys that he won with before.

Further to that you can see that we are playing with absolutely 0 structure. Elite teams play with structure and automatism, they learn pattern of plays that help them unlock teams on a consistent basis. It also makes it easier for younger players to fit into a structure while they develop they game intelligence. That's the coaching part which, to no surprise is non existent because Zidane is a mediocre coach.

This was obvious before he left and it's even more obvious now. The structure of that legendary Madrid run was set in place by Ancelotti and Zidane leveraged the shit out of it. Now he is in a situation where he is supposed to build a new squad and he has no clue what he is doing. Zidane is the type of coach that will put guys on the pitch and just ask them to play good.

He is shit and his only saving grace is that the squad will not turn on him like they did with the last two coaches we had but it's becoming painfully obvious that he will get fired unless Kroos and co stay fit and deliver for him.
_________________
Madridista naci.. Vikingo sere y Merengue Moriré

By god Nick, that’s the best post you’ve ever made!

i hope i have made better posts before... The coaching part of this equation is so obvious though, Zidane is really mediocre at this. I dont know if he has clear ideas, maybe he does, but he supremely sucks at executing them, or at training this team to pay a certain way.

Take Conte for example, say what you want about his style but he takes a team, he drills them into his 352 and he gets results. He may not be the nicest guy around but he is a proper football tactician.

I understand the madrid job requires a bit more personal touch, specially in recent years with a veteran squad, but without good results you get fired.

I do expect Zidane to survive this though, people want to fantasize about him getting sacked but there is such a thing as being bad, but still good enough and loved by the players to survive this crisis, at least until we sign better players who save his job.
_________________
Madridista naci.. Vikingo sere y Merengue Moriré

I wouldn’t assume that Zidane stays Nick. For example if he loses today’s game, that would almost assure a no trophy season, in October!

That’s how fragile the situation is for him.

I actually do not expect Zidane to survive as I think he'll more quit than get fired if things turn out shitty. But yeah, you really just need to watch us to know we are not properly coached, not to the level we expect the team to be anyway. I don't wanna say he is a poor coach but one can't help but wonder what exactly are the lads doing in training.

Everything on matchday seems like a coach that just sends his players out there and hopes for the best. There isn't any legit structure, not visible anyway. Forget the Conte example, even Lampard's Chelsea team you see semblance of structure. It's like we are just hoping for something to happen.

Mehn I hope I dont jinx this, but I really expect us to beat gala....let me change that, I really really hope we can beat gala. I cant imagine a UEFA cup scenario at all. Meant europa league. I just wont act like we have turned the tide around if we get a result.

He is not a quitter and he would never be unceremoniously sacked like we did Morientes. This is Zidane and they will flip the story around to make it sound amicable.

But again there is a way to be bad but still good enough with the players support to ride this through another summer hoping you can sign Mbappe, Pogba etc... Dreams of signings better players is a powerful thing
_________________
Madridista naci.. Vikingo sere y Merengue Moriré

Reminds me of the time he wanted to accomodate Morata, Benz, Ronaldo and Bale in the same line up and we got embarrassed in the first half. I think it was against CSKA
_________________

Would have rested Ramos.... and Carvajal.... if only we didn't loan out our only other RB for no good reason

Vinicius has such an awesome potential, such an electric player already, when he figures out the finishing he is gonna be really good
_________________
Madridista naci.. Vikingo sere y Merengue Moriré

I think i have said this every time he has started, but Bale is terrible. Good God, get him out

We need another body in midfield. They are outnumbering us there. We are losing every second ball and Hazard is not moving his fat ass to help in defence. Neither is the primadonna. Get him out and put Kroos in at the break. We need to take back control. Imagine the damage we could dp if we could just have the ball for a bit and let Vini run at their guys instead of passing to the right where every play dies a painful death
_________________

Vinicius is a crazy player, but he still needs to polish his finishing and passing, and also improve his composure

the ball stays glued to his feet so he can glide past players with ease in small spaces, and he can also run in behind at pace

few players can do both

So glad Isco is back. Nobody with his ability tp keep the ball under pressure. Step aside all terrible RWs for the Zdiamond is back
_________________

you lot are delusional... jumping on Vini bandwagon now, whilst calling him headless chicken for the last two years.

Most of you thought Rodrygo is better than Vini hahah im gonna go screenshot all those posts to expose football intelligence of you guys when Vini reaches greatness.
_________________ 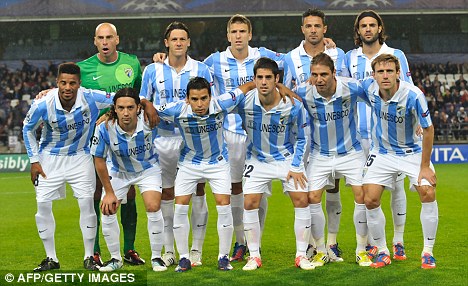 Vini is putting a lot of defensive work and playing very good in the build up play. Two things that have absolutely improved this season. That left side is incredibly solid with him there.

I still think Rodrygo has a better ceiling but Vini's explosiveness is really needed. The fact we still depending on a little boy speaks volumes on our older players.
_________________

I don't think Rodrygo will get very far in this team with the way he plays. He is far too safe, doesn't take players on and goes missing in games. Vini is alot more talented than both Rodrygo and Fati. The favt that Vini has became our most important attacker again for the second season in a row speaks volume of his talent

» What Next for Barça?

Yesterday at 8:45 pm by LeVersacci

Yesterday at 8:23 pm by BarrileteCosmico