I was so lucky to watch Dark 1 and Dark 2 in a row.
If I had to wait for 2 years, I'd have forgotten everything probably.
So much hype that I've watched 18 episodes in a week.
What an amazing series. Much better than Stranger Tthings for me.
What are your main theories in mind on Dark waiting for next season?

Sina wrote:it deserves its own thread now i see there is enough interest


Could I open it ?
Moreover his 3rd season is in a year so it's not done, we can talk anything. Many theories to be developed still.

Wife and I started watching S2 after it was released. After 2 episodes we realized that we knew nothing and went back to S1, which we just finished. Back at S2 again now...

Main questions from the S1 finale that I expect S2 will resolve.

S1 spoilers:
Noah said that oldClaudia tricked oldJonas into destroying the wormhole and in doing so inadvertently creating it. What is Claudia's goal? Is she working with Noah?

Is Noah Agnes' "dead" husband? If so, that would make him related to pretty much every character

Did Jonas end the world for the future?

It contains spoiler on 1st season and 2nd season.

Definitely appreciated a debate on it, I couldn't wait for this ffs

Spoiler:
Claudia Tildermann is one of most ambiguous character here. I mean , she is good or evil ? You'd think sometimes about 1st thing, but also about 2nd. She is the " White Evil" I mean too.
My theory is she 's fallen into a delirium of omnipotence after she has discovered chances to travel through time, and her actions are based on willingly of saving his daugther, Regina, from cancer, at every cost. And when you're obsessed from reaching aim you can do also bad things . Every her action is direct on it and it takes a delirium of omnipotence

I've appreciated every Dark character, except for Bartosz. He looked like "insignificant" in my eyes, despite he gets important roles. But that's probably because he is a "loser".
Martha leaves her and she prefers Jonas, he fails in Noah's mission, his friends break ties with him.. He's so cherent to lose that I feel his character is gonna hide something. I expect he will evolve in 2nd season.
I feel also her father, is going to give us new things in 3rd season.
My theory is he comes in another space-time too, he came in Winden exactly in 1986 I mean.
Yeah, I'm not convinced about the death of Agnes' husband.
.... And what about her ? 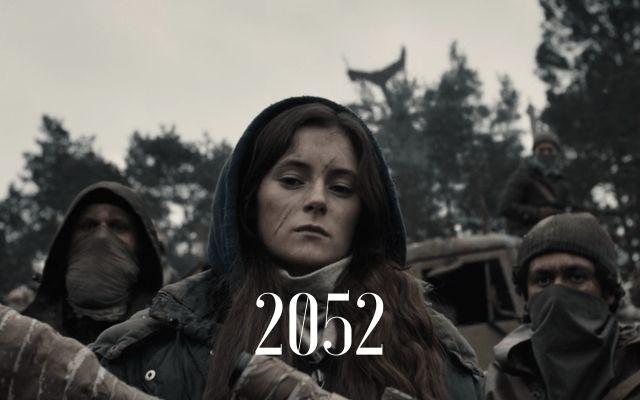 She's never appeared again, in 2nd season.
I feel she is someone, she can't be a random character, nothing is randomic in this series. She was also with a Elizabeth raised and he has an important role to save Jonas from that apocalictic future. But who is her ? Do you think same too ?

Hoping there's a good season 1 recap video on YouTube. Planned on watching Killing Eve next, but I'll delay it in order to watch S2 of Dark which I didn't even know was out already.

I actually recommend you to wait till season 3. Season 3 is gonna be the last season and its very likely you'll forget a lot of stuff when coming back one and a half years later. Better to binge it then.

Finished S2 last night. That twist at the end... it's like, I have a hard enough time keeping track of everything in my head already, and then you throw that into the mix? Good luck us in Season 3

Spoiler:
On the other hand, the existence of parallel universes must mean that free will does exist and characters are able to change past/future/etc events

Sadly S03 will probably be the last one

June 27th for those that don't want to watch the teaser

AAAAAAAAAAAAAAAAAAAA Finally confirmed !
I dislike rewatching movies, books etc but it's needed in this case.
I'll do it.
There 's enough time to organize it.
Great show is coming on

much sad it will be the last and final season

But on the other hand, I guess, it's better to finish on a high, and we've known this for some time already aswell

never thought that one of my top shows will be a German one instead of the usual American suspects, but this one has taken my TV world by storm and is now in my top 5 OAT

Gonna throw this theory out there before it releases, I think Aleksander is Egon and Hannah's son. His real name was shown to be Boris Niewald. Niewald = Nielsn + Kahnwald, surname of Hannah's past two lovers. And in S2 we saw she is with Egon in the 50s.

Could be off, I was convinced Noah is adult Bartosz after S1 and that turned out wrong.

My question is how can two versions of same person exist in one timeline?

Completed the first season and the show has hooked me real good. This show deserves an in-depth discussion, hope more GL folks watch it.

yea it's nice, and i really did enjoy the first season, but in all honesty i stopped because it just has too many important characters for me to care for, and just a whole lot going on that it feels like a chore to try to get up to speed and follow it closely again.

but i remember this site, that's like a record book of all happenings and connections https://darknetflix.io

I'm waiting to be in the right frame of mind before I start. I want to cherish every episode since it's the last season.

Lucifer wrote:Completed the first season and the show has hooked me real good. This show deserves an in-depth discussion, hope more GL folks watch it.

My sister got me watching it last autumn and the first season was really good, but then at some point it got too complex and big, imo. Felt like the writers' solution to keep suspense going was to just add more shit for the sake of it.