Forget the fact that for Manchester United, this has been the worst transfer in the history of the club considering the transfer fee involved. Forget the fact that on top of everything else, they are paying this guy a fortune and they are getting dog shit performance in return. Forget the fact that they went through hell and back to sign him after they let him go for free (Sir Alex knew better), and build a team around him only to be utterly crushed later by the reality that this guy is only good enough to warm the bench.

Forget all that and then think about this as well: they also have to deal with his toxic, shameless agent who's constantly taking jabs at them even though his client didn't even justify one third of the fee they paid for him.

Honestly I feel bad for United and the idiot who's going to sign Pogba after them.

Actually, they didn't build the team around him. They spent a fortune on the best midfielder in the world and they made him play in a double pivot. Their second mistake was refusing to let him go when he was clearly unhappy. Trash club

At no point in time was Pogba ever the best midfielder in the world.

Yeah, he was. In his last season at Juve

Casciavit wrote:It's a big shame he's wasted that many years of his career at United. He really should've left after the WC. I wonder if Zidane sees him as Modric's replacement in midfield.

He never even wanted to go to them, Raiola had to flew to Florida to convince him 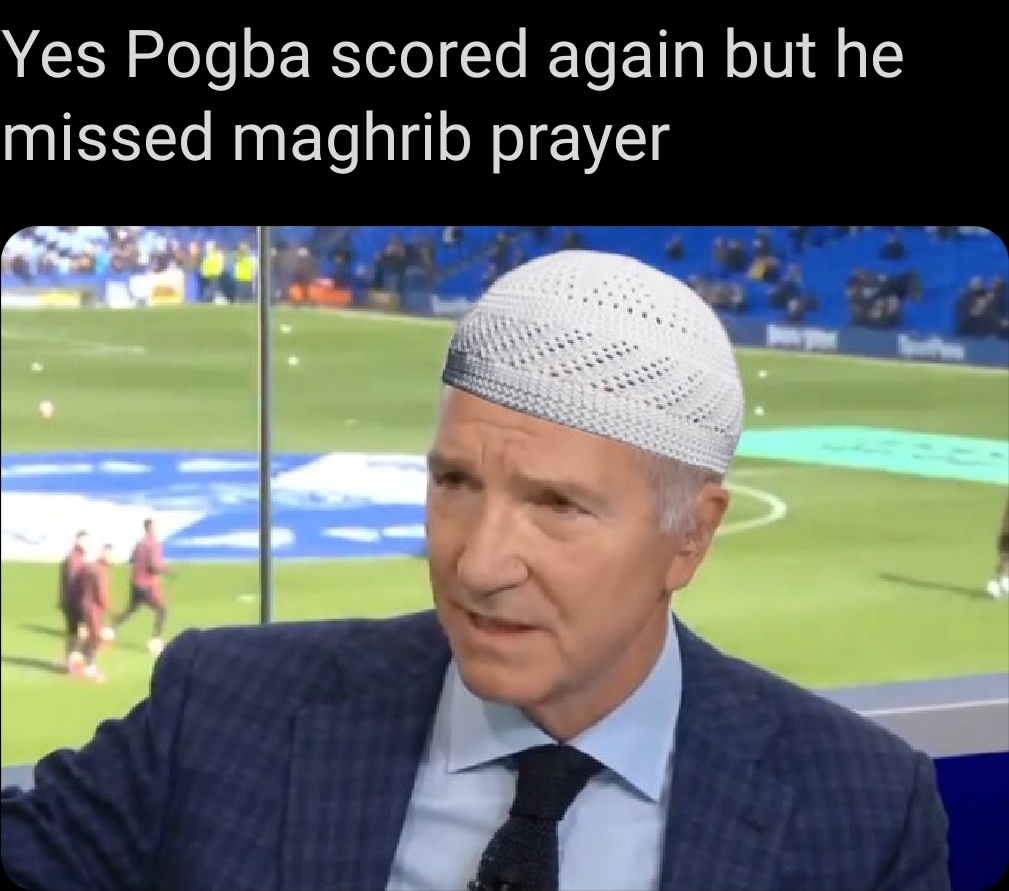 Best midfielder in the tournament. His teammates let him down.

He needs to leave the shithole that is United and join an actual serious club. He's 28. Time is ticking.

He has been genuinely great in this tournament, and that strike against Switzerland was sublime. That said, after watching him regularly for half a decade now, a few good performances for his national team still isn't going to be the argument that convinces me that he would just magically transfer that performance level over to a club not named Man United.

Maybe it's unfair to compare him to Kante, but with the latter, there's absolutely no doubt about his ability to be a reliable performer. Even if Pogba performs at a world class level for the rest of his career, I'll probably always remember him as the guy who, for whatever reason, had no issues with being a highly inconsistent performer, and occasional liability throughout the majority of his 20s. I'm not sure why some people seem to think that's not a big deal. For someone as highly rated as he is, it's a big deal

Talent and flair means fuck all, if it doesn't translate to a decent degree of consistent productivity.

his hype/image/brand always preceded his actual ability
It's so clear to see at this point - he needs a top class midfield around him, and then top class attackers in front of him is just a bonus. Pirlo and Marchisio were such good complete midfielders in their specific roles that it freed him up to shine and do his thing... and for France, Kante does all the workhorse stuff and Griezmann links the attack and midfield with his movement so well, giving him enough time and space and energy to ping the ball to the open man.

At the end of France-Switzerland this Monday evening in Bucharest, a clash took place in the stands between Adrien Rabiot's mother and the families of Paul Pogba and Kylian Mbappé. [@RMCsport] #EURO2020

Discussions between Paul Pogba's entourage and PSG are progressing. The Frenchman is more and more open to a transfer to Ligue 1.

Damn, the Qatari's going all out now that UEFA is in their pockets.

The Galactico project has firmly moved to Paris. You might sign Pogba's useless brother if you're lucky.

La Liga and Serie A is doomed especially without super league. Juventus just raised their second capital increase of 400M. That's 700M in two years just to cover losses due to the pandemic.

You can't compete with the Arabs or the prem teams anymore. There are rumors that Carlo has included in Bale in his plans next season. That's as far as you can go to 'sign' a 'Galactico' atm.

7 assists so far this season

Playing for a transfer to a top team. Hope it isn't us

definitely PSG or Madrid, 100% sure he's gone from us next summer

Could be that he has better teammates now? Varane allows the the midfielders and right back to not play so play... hence pushing Pogba up.

Pogba was much better last year and that had a lot to do with Bruno Fernandez bringing some quality and Cavani offering an actual striker. Now, you add Sancho and of course CR.

The reason he plays so well with France is that the talent around him allows him freedom. You give Pogba freedom and good runs... he will shine.

Side note... Greenwood, to me, was always the best of the kids for Man U. Natural scorer. But he's just 19 so he needs to grow. I think Rashford is limited while Martial is mental.

We're only a few matches into the season, but I assume the issue with Pogba will be the same this season, as it's been for the past 5 seasons at Man United. Great talent, poor consistency level. It would be great for Man United if simply having better or more suitable players around him, somehow enables him to step up his game, but consistency was always the problem.

I've been a big fan of Greenwood since he made his debut for the club. Happy to see that more people appreciate him now. Felt like it was an unpopular opinion to rate him, back then.

The fact is that, when he was healthy last year, Pogba was the best player for Man U. Not Bruno Fernandez. The issue wasn't consistency... it was health. He was very consistent other than a few games to get his feet back after injuries.

His no-look-over-the-top one-touch passes are ridiculous. CR is going to feast on those. In fact, on the second CR goal today... it was again one of those no-look ridiculous passes to Shaw that literally broke everything in the opposing defense.

you made a solid previous post because it's everything i've been saying re: Pogba for the past 4 years or so, in fact i liked it, but then you had to go throw it away by saying Pogba was better than Fernandez last season

El Gunner wrote:you made a solid previous post because it's everything i've been saying re: Pogba for the past 4 years or so, in fact i liked it, but then you had to go throw it away by saying Pogba was better than Fernandez last season


"When Healthy" + "After he got his legs back"... which was not very many games. Probably like 10-15 games total. He missed 1 month due to an ankle injury and then 2 months later due to a hamstring. His ankle was bothering him before he took that month out too... been a problem he carried from the previous season. So he was spending most of his time trying to get his legs back and find his game.

Absolutely not saying he was better than Bruno Fernandez for the whole season because he was mostly injured or recovering from injury. But once he finally got his injuries under control late in the season and was able to string games together, he was great from what I saw... Europa league elimination games and a handful of EPL ones.

Man U fans were actually very angry because they thought he was sandbagging the season for the Euro.

He's been playing further up the field than he typically would given all the United injuries. Now that everyone is mostly healthy again will be interesting to see if he is forced to drop deeper and his influence decreased once more

Games against the prem scrubs, like Newcastle, he can play in deep midfield next to Fred or Matic with almost no worries.

Man Utd will naturally have more of the ball as those teams become pragmatic. Tactically it works as he and his partner can alternative from playing as a 6 while the other finds wider spaces in build up. They dont have to suffer long periods without possession so his lack of defensive concentration and positioning isnt much problem.

Against Pool, City, Chelsea and maybe a couple of others I think he will return to the left with Fred and Mctom behind who will protect the back 4 better as those games will be alot more of Utd being controlled by those teams.

Exclusive: Paul Pogba leaning towards signing new Manchester United contract. Saturday had major impact on 28yo’s thinking over future. Many factors to consider but now a genuine chance that once talks resume an extension may follow @TheAthleticUK #MUFC https://t.co/KlK4HsrZtm

Whenever I see something Pogba related I just can't get over his goal celebration at the Euros.

Mans does 5 celebrations for one goal thinking he won France the game only to lose the lead a few minutes later and then lose on penalties. A true top 10 moment before disaster. I will never get over it. It's my favorite celebration ever.