I might sometimes want to write about an album (and actually have time to do it) for fun, and so i guess i'll post my pieces/reviews here. 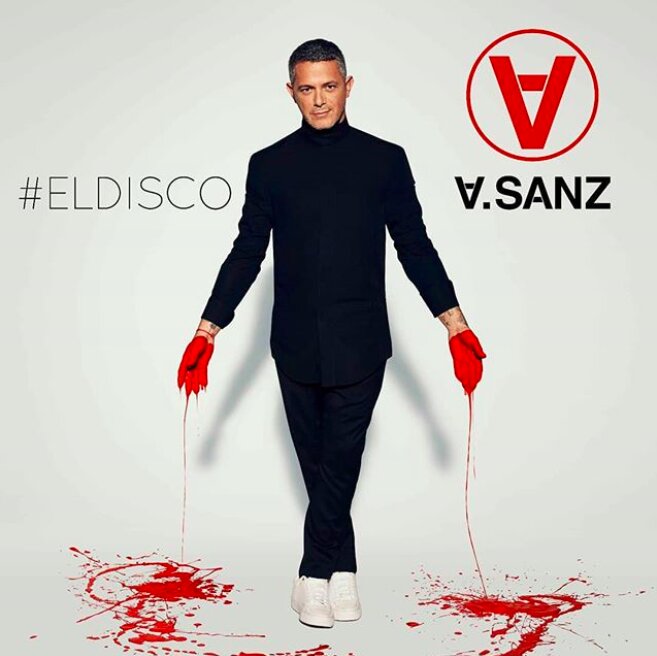 Much like Sanz' last record, the highly commendable, Sirope (2015), #ElDisco is a bit of an acquired taste; the work of a talented, well-traveled, and arguably reluctant-Latin Pop star, at ease enough with himself to let his aesthetic eccentricities flourish.

Throughout his 30+ year career as a popular music artist (Spain's most popular ever if you go by Record Sales), Alejandro Sanz has steadily developed a reputation for being a purveyor of accessible Latin-Pop songs that nonetheless possess a respectable artistic integrity at their core. Starting out as a 90's Spanish balladeer who incorporated dense lyrics and subtle flamenco-tinged vocal phrasings into generic "Italian-Ballad" musical arrangements, Sanz slowly but surely expanded his musical repertoire throughout the years, eventually resulting in his 2003 album, No Es Lo Mismo , an album that literally wears its ambitions for aesthetic change on its sleeve ("No Es Lo Mismo" translates to "It's Not The Same in English.").

No Es Lo Mismo marked a significant turn for Sanz; lyrically it saw him address more outward-looking topics, and musically it saw him blend Latin Jazz timbres with Flamenco instrumentation (i.e., Spanish Guitar, Cajon), as well as hip-hop. From then on, Sanz would go on to experiment with genres such as American Jazz, Funk, Country, Hard Rock, Bluegrass, Latin Hip-Hop, R&B, and Soul. In #ElDisco , Sanz takes his audience through yet another unconventional turn and refracts his expansive musical instincts into eccentric, futuristic soundscapes comparable to the work of Iceland's Art-Pop siren, Bjork.

#ElDisco 's nine songs can roughly be divided into two categories; there are three songs (not surprisingly the singles) in which Sanz consciously tries to appeal to his Latin-Pop star, mainstream reputation, while the other six songs are more evidently the work of someone who cannot be bothered by streamlined radio-friendliness. Nonetheless, all of the songs share a set of key idiosyncrasies, most notably; Sanz' rough, raspy voice, along with truly off-kilter flamenco-tinged musical phrasings that give the songs a very interesting presence. From there, Sanz builds his songs on a collection of eccentricities.

"El Trato" is lyrical in a Cohen-esque way, almost theatrical, and it possesses digitally treated strings along with intense moments of volume distortion, reminiscent to the "Noise" work found in Bjork's digitally crisp (like a sterile futurist white room) Vulnicura. Los Lugares has Sanz majestically rapping with Calle 13's Residente, surrounded by a back drop of drum and bass inspired percussion, strings, and synthesizer, while the bewildering Este Segundo sees Sanz duet-ing with Catalan singer, Judit Neddermann (who replies to Sanz' lines in Catalan) about the fleeting nature of time. Fittingly the song ends abruptly. But the finest moment in the album arguably comes when Sanz starts singing with an endearingly terrible English accent on "It's OK," a tender song that serves as a double-entendre, a wink to the listener, acknowledging that the album can be bewildering, especially to Sanz' most mainstream and musically prosaic of fans.

#ElDisco , more than anything, makes it clear that, at 50 years old, Sanz is mature enough to understand that for him to make "The Perfect" album at this stage, would be a fool's errand. Here, Sanz enjoys himself and demonstrates that he still has plenty of roads to discover.