Which two teams will progress ? 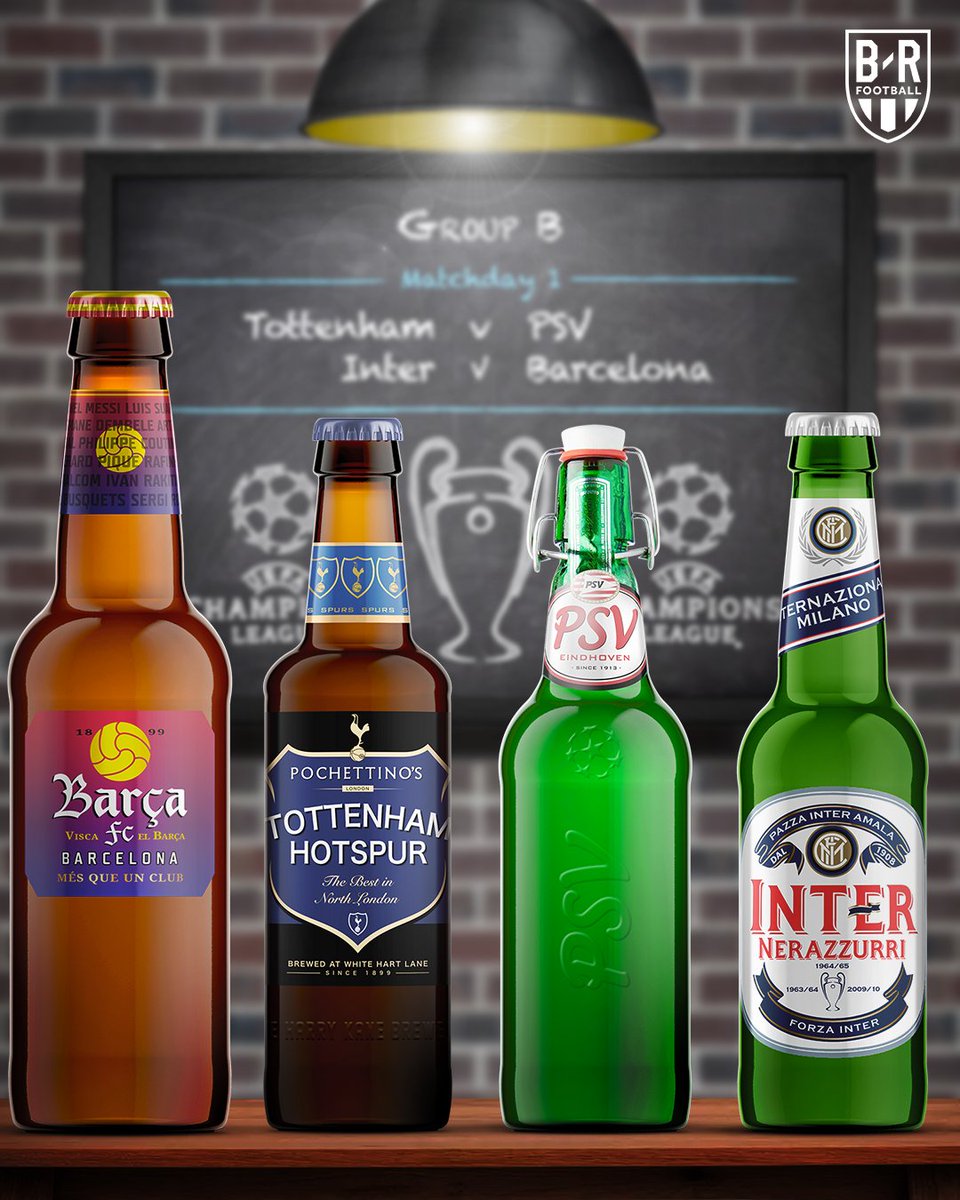 welcome back to the CL friends @Robespierre @Vibe @InterMalia @Breva

see you in the EL knockouts

Barcelona to go on and win the Europa League

Well so much for winning some points for the league. Hope PSV can surprise and finish 3rd.

Could have been worse for Inter.

It could be raining.

Tottenham with an incredible group again. Watch them clap Barca and finish 1st like they did with Real last year.

Spurs get group of death second year in a row

Barca and Spurs finally in the same group though, absolutely can't wait for those games

@CBarca wrote:Spurs get group of death second year in a row

Barca and Spurs finally in the same group though, absolutely can't wait for those games


I don't think last year was a group of death for Spurs. Only RM was a tough opponent (on paper). Dortmund was a shadow of its former self and APOEL was APOEL.

we can knock out Spurs and PSV easily. Barca will be hard but as long as we avoid defeat at home it should be okay.

I can see Inter doing well in the big games, possibly sneak some jammy wins against Barca and Spurs but go on and bottle it against PSV which would likely crash their qualification hopes.

Group is going to be really tight imo but i see Barca winning it again.

So we're going to play against CBarca for 4times in a group , that's record

Very tough group anyway , not satisfied at all but expected since we were on POT 4

Spurs were the best team on POT 2 (better than United ) , but PSV -even though they deserve respect and Lozano is great - imo were the weakest on POT3 (just CSKA are worse)

Barca are Barca though.
They and Spurs expect to pass , but well... Avoiding bad impression at least
Forza Inter

When Spurs didn't get group of the death , but group of the life ( Leverkusen , CSKA , Monaco ) they were knocked out .
So I suppose it's better for them. They give their best if they don't underrate their opponents

A very good group for GL.

Going to be a battle vs PSV to get into EL

I see Inter finishing last with only 1 goal scored for them. They can only get a victory home to PSV. Barca & Tottenham will make sure they get a taste of reality.

We dominated Spurs for 90 minutes, not even noticed Bale ,then Benitez decided to try some experiments ( we 're winning for 4-0) and Bale scored three goals in garbage time

Surely more impressed about the match played in White Hart Lane and won by Spurs for 3-1, where he destroyed Maicon

That first Bale goal. No idea what Caesar was doing. That was a routine save.

Going to be a battle vs PSV to get into EL

Same, of course
We must perform a feat if we want to pass this group

Don't be so negative. Inter as just as good as Spurs imo if not better

Spoiler:
Should have been Arsenal instead of Spurs in this group

Yesterday at 9:58 pm by futbol_bill

Yesterday at 9:38 pm by Arquitecto

Yesterday at 8:02 pm by Myesyats

Yesterday at 7:45 pm by Raptorgunner

Yesterday at 7:42 pm by Raptorgunner

Yesterday at 5:50 pm by Myesyats

Yesterday at 2:17 pm by elfmeter

Yesterday at 12:40 pm by RealGunner