The Agnelli's know exactly what they are doing. Paying $110m for Ronaldo was a bargain. Paying him $30m net wages is a bargain. Trust me, Juve will me making huge PROFITS off this deal. Ronaldo is not only the best footballer in the world he is a brand unto himself, ala Jordan and Lebron.

Cristiano Ronaldo has left his new Juventus teammates behind after embarking on a personal tour of the Far East, while the Italian club prepare for a pre-season trip to the US.

It means that the Portuguese superstar is unlikely to face an awkward reunion with his former club, Real Madrid, who are due to play Juventus in Washington on 4 August.

And it now looks as though the 33-year-old will not be seen in the famous black and white stripes of Juventus until the start of the Italian league season.

Before jetting off to China, Ronaldo posted a photo of himself and his entourage in front of a Nike-branded plane.

“The football legend has made a frequent event of his ‘CR7 Tour’ in recent years, whereby he heads off to Asia to meet his global fans and further expand his colossal brand,” says the Daily Mail.

“The 33-year-old is set to be in for a hectic summer with sponsorship commitments before finally getting down to some pre-season training with his new club.

“It is unknown how long the player and his party will be spending in China, though Ronaldo is likely to visit several locations for public visits and Nike-organised events.”

Ronaldo was unveiled as a Juventus signing on Monday after his £99m move from Spanish giants Real Madrid, where he spent nine years and won the Champions League four times in the past five seasons.

At his press conference he insisted that he is still hungry for success and declared: “I’m different from other players who think their careers are over when they're my age… Players of my age go to China or Qatar.”

Now he has done just that. Most followed athlete on Instagram by sport they play

According to Corriere dello Sport, Juventus will receive a nominal percentage of Juve jerseys sold in Adidas stores around the world, but the club will receive the entire amount for anything they sell online & from their 4 Juve Stores in Italy (3 in Turin & 1 in Milan). pic.twitter.com/lFIv7rUUFc

300,000 CR7 Jerseys have been sold by the official Juventus stores. Last year the Juventus store sold only 410,000 jerseys. (Corriere Torino)

So we keep the entire amount of sales from the Juve store.  300,000 jerseys sold works out to $30 million.  Like I said before, Ronaldo is a brand unto himself and we will make huge profits from this purchase.  The Agnelli's aren't stupid.  Jersey sales alone will pay for his salary.

29.300 season tickets sold (all the available ones) despite the +30% price increase. #cr7 #ronaldomania

Cristiano Ronaldo has completed his medical with Juventus following his £105million switch from Real Madrid in the summer transfer window.

The outlay is huge considering the Portuguese is now 33 years old, and you would think, very much in the twilight period of his remarkable career.


But the results of Ronaldo's medical suggest the price tag isn't as inflated as it would seem, after it was revealed that the striker has the physical capacity of a 20-year-old.

Yes, you did hear that right. The Portuguese is in such good shape that he can exert the equivalent of a player a staggering 13 years his junior.

Three incredible statistics emerged from the medical referring to his body fat, his muscular mass, and his speed.

According to the report, the Real Madrid legend has seven per cent body fat, which is around three per cent less than the average professional.

The Portuguese also has a muscular mass of 50 per cent, which is around four per cent higher than the average professional.

And finally, Ronaldo recorded a top speed of 33.98km (21.1mph) at the World Cup, which was the fastest clocked by any player in the tournament. Incredible.

His running speed is still substantially slower than it was 6 years ago. He hardly ever outruns any opposing player who's considered fast anymore. He's known for having an exceptional physique, but his stamina is also not even close to what it was in the past. He's great at scoring goals. I wouldn't expect too much from him in other areas, at this point in his career.

. Who would have thought ay?

. Who would have thought ay?

#Ronaldo effect on social media. @juventusfc has earned 4.7 million followers total, of which 2.4 million were on @instagram where Juve bypassed Chelsea and put Bayern Munich and PSG in their sights. [GdS / @capuanogio] pic.twitter.com/Ovq1amoRT5

Ronaldo brings many positives to the club

Ronaldo is bigger than King James world wide. He is THE biggest brand in marketing today...

no i dont mean that, i mean motivate because when you play around C Ronaldo you get exposed if your not doing good enough

Not a Ronaldo fan but glad he joined us.

You will see it when they start to play together hahaha.

You will see it when they start to play together hahaha.

They wont. Higuain is signing for Milan. 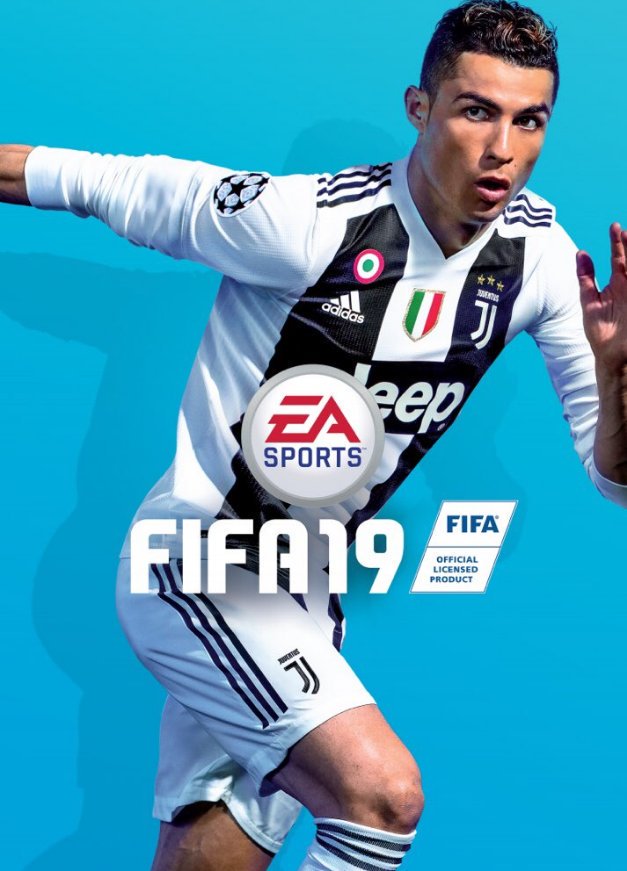 Those who play Fifa online seasons i suppose you select Juve 99% of the time like me ?

Well this year we got by far the best team in the game. Expecting a lot of Juve vs Juve

all but are pure beasts in-game

LOVE the sticker, Jeeps are very fun cars to ride. Would prefer Ferrari as sponsor of course. In ideal world we'd have no sponsor but i have accepted this since a long time.

Page 6 of 7
Permissions in this forum:
You cannot reply to topics in this forum
Latest topics
» Cristiano Ronaldo is the GREATEST OF ALL TIME. Now Sit down and STFU

Yesterday at 4:37 pm by Myesyats

Yesterday at 1:49 pm by Harmonica

Yesterday at 7:14 am by futbol_bill