They said it's going on till Spring 2017 btw, so you'll get in at some point.

He was using some Northern Realms deck while i was using Scoatieal.

They added shit tonnes of cards btw, even Thunderbolt and Swallow cards which gives you certain buffs.

Really enjoying it so far.

Really addicted to this so far

My Northern Realms deck is probably the best so far due to having Gold versions of John Natalis and Philippa Eilhart cards.

The former basically cames with a 5 base value but has this buff which it buffs up to 3 seperate non-gold cards by 3 so it's basically worth 14.

The latter turns everything in that row to 1 ala what weather effects would do in the main game..... so the best thing to do is put her in their strongest row they'll get her total but also everything else in the row will turn to one.

I have basically won games when it looks like im going to lose with these two cards.

Been loads of games like that when either i won with the very last card when it looked like i was going to lose or someone did it to me.

Unreal rage when someone saved a scorch card until his very last card and beat me smh.

I do think getting enough Ore( how you get card packs) is a bit slow without paying atm though. It isn't massively effecting to me as it's still easy enough to get there but when people get better decks it might be too slow.

Monster deck is good as well, although i'm struggling with my Scoeatial and Skellige decks right now. They both do some really nice buffs which can change the tide in your favour very quickly but the base damage means i struggle compared to Monster and Northern Realms atm.

Could change once i get better cards though because admittedly my decks for Northern Realms and Monster are far superior atm. 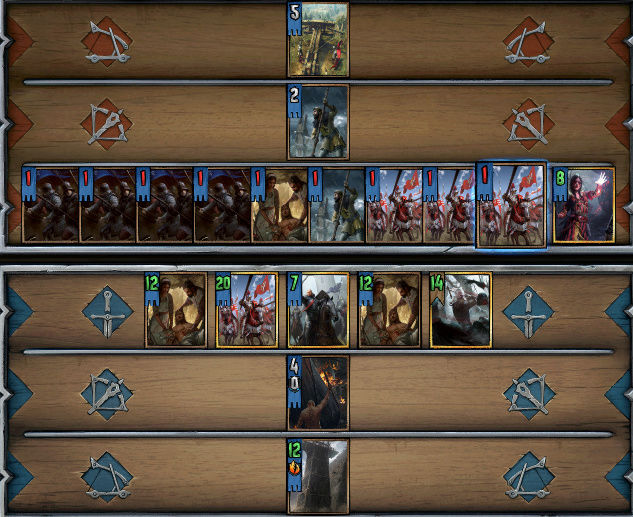 The furthest card to the right is Phillipa Eilhart and her ability is basically to put everything in the row no matter if it's a gold card or not lmao.

So basically i waited until his row stocked up on cards and then *bleep* him over with my final card.

Those first 4 cards in the row were 9 each and the last 4 before i put the card in his row were 18 each.

Don't think i have lost since i got the card lmao.

Are Spy cards of any use now after they depowered it?

M99 wrote:Are Spy cards of any use now after they depowered it?

I only have one so far so hard to tell, but i'd say they have use they are just not ridiculously OP.

You can guess what happened next

Had a Yennefer, Ciri and two Geralt's ( there's a Igni version of Geralt now which destroys the strongest card when the row is more than 15) going into the final round

Person i was playing rage quitted

Dat feel when someone spends the entire round buffing his 4 cards to 78 each and then using a card to keep them for the final round and thinking he's won and then you drop that white frost and reset them all to 1.

Then it comes up " opponent has forfeited "

Isn't from me, just thought i'd share it lol.

I should say that the event that actually happening is very unlikely as you have to get very lucky and everything working perfectly but it's funny never the less.

Gwent was the best thing in Witcher 3, and they completely botched it. Looks like a cheap China copy of it. 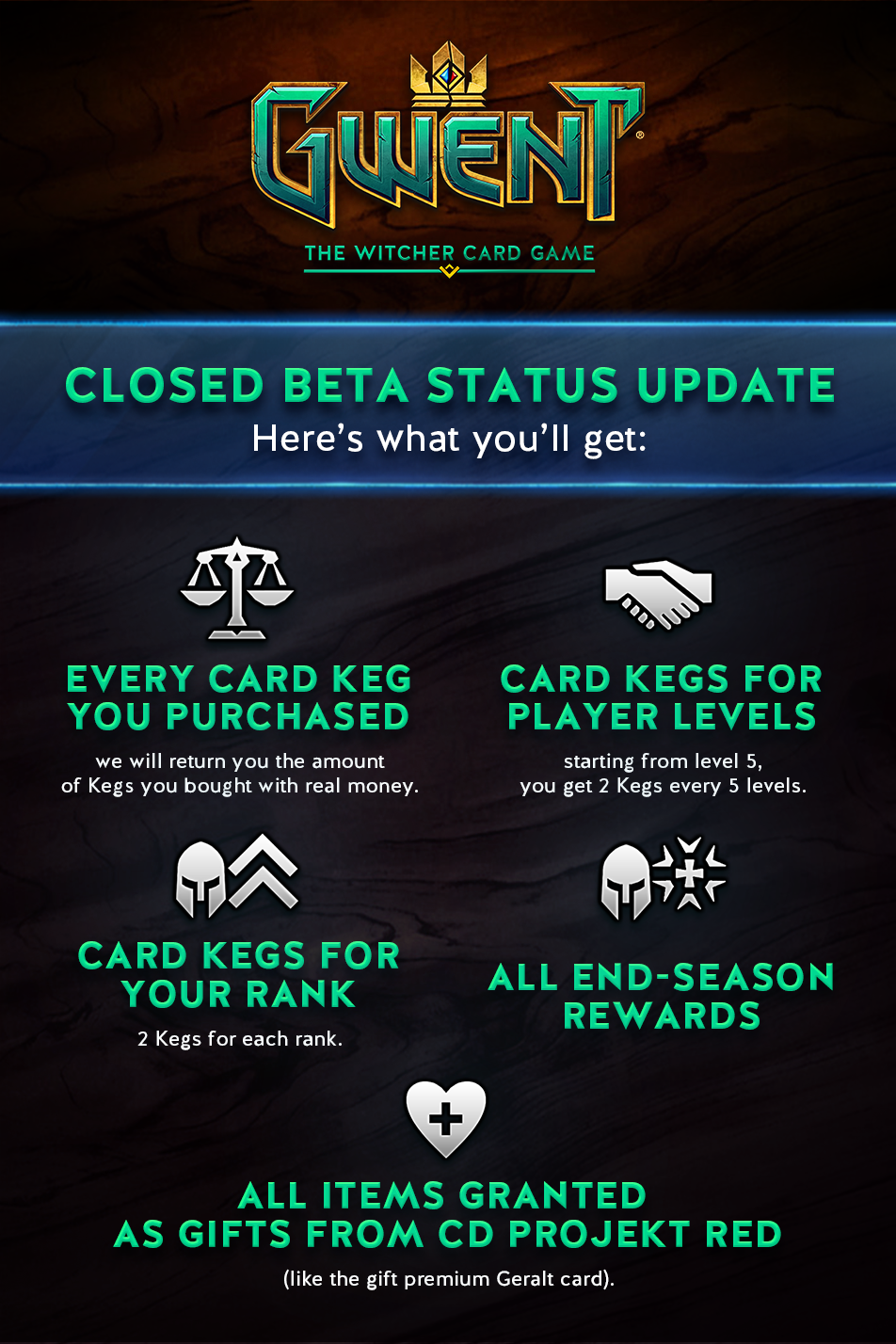 What they are going to give back for the open beta as their is going to be a wipe due to balance and unfair advantage to new players that will obviously join.

A lot more than i thought tbh, i'm probably going to get loads of kegs lmao.

Hope you lads give it a try tbh when it goes into Open beta tbh.

What's going on with this?

Not heard anything at all. Is it still in beta?

Which was always the plan anyway, they said it would be in closed beta for months.

What i posted above is about open beta, which i imagine isn't that far away tbh.

Technical test for the PS4 this weekend.

Basically confirms open beta will be on all 3, I might give it a go despite the fact I'll have *bleep* all cards on ps4 lol.

Open beta for everyone is the 24th May, aka next week.

you playing this? I saw some clips that looked pretty sweet but I've been too lazy to play, downloaded the beta though

I been smashing it non stop since the open beta lol, on PC though cba starting again on PS4 as i got 160 kegs as reward for playing in the closed beta. ( although if i ever get bored i might do a PS4 ftp account)

I *bleep* love it, although it might be quite hard for newcomers tbh.

I downloaded the closed beta but never got around to playing it. I'm gonna get the PS4 one for sure.

If you played the closed beta, you apparently can get a free copy of The Witcher 2 if you don't have it already

I just started playing the Witcher 3 again. I beat it before the DLCs dropped so I'm looking forward to HoS and B&W Mourinho would be proud of me

I absolutely love this since the last patch a week ago.

the changes to weather have opened up so many different archetypes which people are trying out and everything seems to be countered rather easily unlike the ridiculously aids Axeman frost BS of the previous patch.

I'm personally using a Skellige War Cry deck which i haven't even begin to even try in months which has propelled me to above 3.5k mmr(top of the leaderboard is low 4k), my only real negative is Scoiatael's silver and gold slots are still woefully incomplete and outclassed.

I hope they plan to redesign some of them in the future as some of their core mechanics are actually quite fun, but don't really seem complete and have the resources to compete.

Part of it i think is because i created this deck from scratch and looking at the deck upload sites there's nothing else like it out there which feels really rewarding when i'm able to climb the ladder using something i created myself.

you still dabble with this Mule? installed it the other day on my PC, plan on starting it up sometime soon.

Dabble with it? i have over 200 hrs and was Grandmaster (4500mmr) rank in the last season

I'm borderline obsessed with it.

Not sure how i feel about it atm, but it's a massive change to how the game is played so was always gonna take getting used to.