Today I woke up at 12:30 pm. Yesterday I was feeling a bit ill but when I woke up my supreme immune system dealt with everything and I felt good. For breakfast I had some selfmade cake. I didn't bother to shave. I haven't shaved since before Christmas holidays but I didn't care. I quite like the bum look. I took the car and headed to work. When I arrived at the parking lot of the company I was slightly surprised. Almost empty which is unusual. Normally there are like 100 cars. Lazy plebs probably all on holidays. Anyway, I entered our office and discovered 2 fellow students already working. Normally there are 5 or 6. Truly on holidays the lazy plebs. Said "hello, how was your Christmas, yadda yadda", pretending that I actually cared. You know, the usual. I sat on my place, opened the document that I'm working on, opened Firefox on the other dual monitor and started to read some football sites to kill some time. Then I realized that something was missing. The morning coffee! I went to the kitchen and made myself some green tea because the plebs didn't bother to clean the coffee machine since before Christmas holidays. So then I took my tea and sat on my place when suddenly it dawned on me. Just out of nowhere, like the apple falling on Newton's head after which he formulated Newton's laws. I was in a sudden transcended state of mind. I saw it clearly: We are going to win the Champions League again this season.

Yes, that's it. I apologize for the spoiler. But it's happening. Enjoy.

Now we can only win if you start to believe in luck. Feel the luck, acknowledge it, pray it and embrace it, and we can win. And Messi of course.

In 2008/09 I had an epiphany that we would win the treble. It strucked me suddenly and it was like it could see the images. Off course I don't believe in bullshit and I know it was just a minor hallucination caused by being very drunk and sleepy and thinking for away about our incoming finals.

As per UD "Epiphany: a smart-sounding word for realizing you've been practically retarded for quite some time"

You guys have lost it in my absence. Arsenal to knock us out unless the GOAT Bravo is in goal, then we will reign supreme until he retires (a tragic day for world football 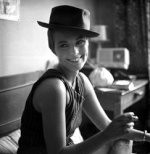 Look who is back.

I was just dropping by this festive season to wish my club the best despite my ever inherent skepticism.

Not sure about others, but you shall think of me every single day when Barca wins the CL back to bck and I'll post a pic of me in the Bayern colours.

I think you might just as well post that pic right now since as evidenced by the occurrence described in futbol's OP the CL win has already happened in the future.

In return, I promise to post a pic of me wearing MAtS's new Malaga jersey after Bayerns 2017 CL triumph

Hapless_Hans wrote:I think you might just as well post that pic right now since as evidenced by the occurrence described in futbol's OP the CL win has already happened in the future.

In return, I promise to post a pic of me wearing MAtS's new Malaga jersey after Bayerns 2017 CL triumph

No material evidence, no party.

As for your proposal, its falls way too short of my standards. Think bigger and better.

Similar topics
» Gues who's back? Back again. 'The Captain' is back tell all serie a fans !
» Back to the Winning Ways
» If Barca complete the treble back to back, is this the greatest team of all time?
» Stewart Robson has told Arsene Wenger he has to build from the back to get Arsenal’s season back on track.
» Sky - Marchsio will come back after the first round of the Champions