At least you've the idea your club wants to come back great , because Kondogbia has really great potential , showed in Champions League too . And he is even 2 years younger than Allan . Kondogbia was paid more than his value , I agree with it, but when you buy a young player you must pay also his potential , and his is really great on paper.
I don't see this in Allan
Personally I don't rate Allan ,   I can say he is legit but I wouldn't invest on him

Recent rumors suggest a 30 million fee + bonuses and a 3.8 million yearly salary + bonuses,I can live with that IF we keep Kovacic.

S wrote:When Salah came to Serie A, he was an unknown quantity.He was beating defenders through his blistering pace and hence the explosive start much like Krasic and Gervinho when they first stepped foot to Italy.That form gradually dropped as the games passed by as he became more noticed and was closely marked as a result.The same thing happened to Krasic and Gervinho and they ended up flopping badly.
From what i 've seen of Salah, he belongs in the same category.He needs to prove otherwise that he has intillegence to his game and not just about pace and dribbling, because chances are he experiences the same fate as the other two wingers mentioned above.Not to mention his finishing sucks as pointed out.So I wouldn't be so certain that he would 'wreak havoc' next season just yet.

not sure how Pato got dragged into this category .

the guy suffered serious injury after another for 3 years straight .

It was Barbara's fault. She was too needy.

Very impressive of Inter to snap a player who a lot of big teams were interested in apparently. I'm all for this revival from the 2 Milan sides.

At least if this comes to fruition Juventus will be forced to spent money rather than snatching away players for free and walk their league and play champions league every year without even breaking a sweat.

farfan wrote:he was really good for 18 months in Italy .
his bad form coincided with the entire collapse of the Roma team and is hardly a sign of him being " found out " imo .
even De rossi played like shit for months, Pjanic became increasingly non influential  in the midfield etc... it wasn't just Gervais .

African players have the African Cup of Nations curse. If they are important to their club team, the team goes in a slump when they are away and then when they return they are beat up, sick or just tired so the team slumps some more. 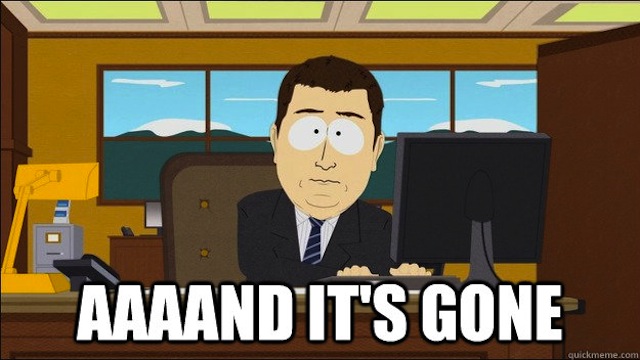 Is this where this quietly shit started lol?

Every *bleep* has got one now

i'm partially responsible for this ridiculous trend since i bumped the original thread a couple of months ago .

was close to bumping the "now Inter have Mancini, Podolski and Shaqiri, how far can they go" thread this morning

Will we need to sell before we buy more players. That daid, with Shaqiri a step away from Shalke, the Juvetic deal is about to be concluded. We're still targeting Perisic but the deal is more complicated that we originally though

Inter have been putting together a nice squad tbh. But DAYUM that is a lot for one player. Don't get me wrong Kondogbia is a fine player but they could have gotten 2 quality players for that price.

We dont need good players, we have a lot of those, we need great WCish players and those are rare/expensive

Jovetic is official now and ... today Perisic doesn't play against Arsenal because of knee injury

Why are you so happy about Perisic joining, Robes

He's not better than Poldi and Shaqiri

What Podolski are you talking about ?

We are in 2015 now and he is a player for Turkish league exactly. He is finished. Perisic is better atm , but even Gabbiadini.

Shaqiri .. I think the level is similar. Shaqiri is good but he is an overhyped player . I don't get hype for a hat trick scored against Honduras. Besides you Bayern fan shouldn't be particullary excited from his performances with your club no ? . He gave his best at Swiss league. He risks to make same end than Afellay.
I believe the level between 2 player is not so distant . Probably Perisic has less skills but he is more disciplined tactically ( essential in the greatest tactical league in the world

seriously Shaqiri was disappointed also about it , very anarchic player..) and he is an useful ( after I talked about tactic , not a irrilevant detail )  / good player.

The massive upgrade must give it Jovetic anyway . He would be the key of season.

More than  Perisic and - as said -  Shaqiri because enough meh on how much seen..

The matter is simple anyway :  Mancini doesn't want Shaqiri anymore ( probably it's happened something between 2 that we can't know it ) ,  he prefers Samuele Longo to Shaqiri , so since I realized this I hope the negotation with Wolfsburg will be concluded.
Shaqiri can't be consisdered an Inter player anymore  , so I suppose Perisic is better than Perotti ( the plan " B "

I thought Shaqiri to Stoke was official? Was surprised when my friend mentioned he's still in Inter last night.

What's happening with Vidic? Did he become a sub?

I didn't watch him at Inter; heard he didn't play well.

Inter needs to nail the core of the team down this year, they change too much year by year I forgot who they have. Until they could get that core going ( I know Mancini desperately wants to build one asap) everything is just pretty on paper.

Shaqiri out Perisic in and this team is Roma level.

Thohor made the misake of sticking with Mazzari and all the full backs that came with him. We wasted a year and a half building a team that was so rigid and uninspiring only to sack him when the damage was done. Now that we got Mancini Thohir is welling to spend more and we're starting to build something good. Thohir has also renovated the management and its been positive so far.

zizzle wrote:Shaqiri out Perisic in and this team is Roma level.

With Shaqiri it's at Juve's level then