is there a Guido Vadala thread? I think we should have one, I'd like to follow his development.

Named Juventus' MVP of the month as per the official site.

Good to see he has redeemed himself after his initial struggles.

Oh and I hope I never see him and Morata starting together again especially in important games.

Regardless of what form he's in, you get 2 guarantees assuming he's also fit.

Tomwin Lannister wrote:Regardless of what form he's in, you get 2 guarantees assuming he's also fit.

Seriously though, regardless of what some people say about him not being flashy or whatever, a fit Mandzukic is sex.

Surely you've known about this since spring 2013?

Out for a month

Will most definitely miss the Bayern 1st leg encounter.

It is something expected to be honest... He is like this, injury prone, and we have to accept it. It would be great if we can sell him in the Summer and get Cavani instead.

We need to hope that Morata gets back on form.

Mandzukic: ‘At Juventus for Allegri’
By Football Italia staff

Mario Mandzukic reveals he joined Juventus “above all because Max Allegri really wanted me”.

The Croatian joined the Bianconeri from Atletico Madrid last summer, and has scored 12 goals in all competitions so far this season.

“I came to Juventus above all because [Coach] Allegri really wanted me,” Mandzukic told Sky.

“That was one of the main reasons for my choice. At first we needed time to get to know each other. I was in a new team and I didn’t know Allegri well because I’d never worked with him before.

“He’s a great guy, and that’s an important quality for me. I like to talk with him, and we joke a lot.

“He’s a great Coach too, he knows so much about football. We have a super relationship.”

This is the main reason why I believe that Mandzukic won't be benched even we do sign Cavani.

Marotta: “Will Mandzukic remain? When a player asks to leave we always try to satisfy him: at this moment we did not receive any of this signal: Mandzukic will be a Juventus player again next year.”

lifetime contract for that grinta ffs

Luka Modric heaps praise on Juventus forward Mario Mandzukic ahead of today’s World Cup final.
Modric and Mandzukic will be aiming to win Croatia their first ever international honours when they take on favourites France in Moscow this afternoon.
And speaking ahead of world football’s showpiece event, the Real Madrid man summed up the importance of the Old Lady forward to his national side.
“He is very important for us because of his character and desire to fight,” Modric commented.
“He motivates all his teammates with his attitude. We are happy he scored the goal that took us through to the final.
“Let’s hope that’s what happens again in the final.”
Mandzukic has scored twice at this summer’s tournament, including Wednesday evening’s extra-time winner against England in the semi-finals. 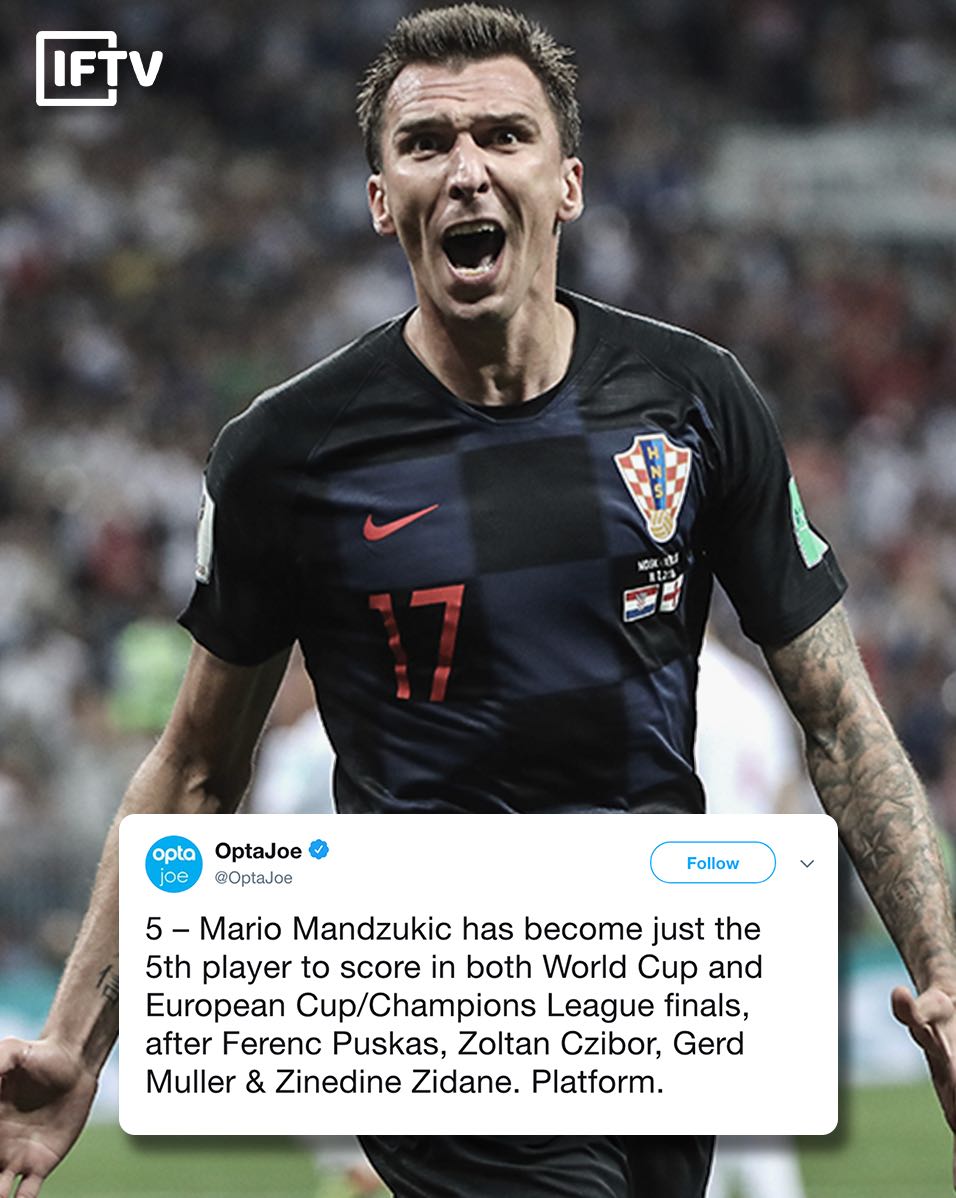