It's getting really good reviews. Will be the best show on TV if it's half as good as Breaking Bad. Fingers crossed, work your magic Vince Gilligan. I trust all of GL Breaking Bad fans will watch this.

If the writing is as half as good as it was in BB, then this will be worth watching no doubt.

So how many people are on the wagon?

The prologue showed Saul post-BB and it seems like he got his best case scenario he told Walt back in BB - despite that he looked more miserable than ever.

I liked the BB vibe the episode had, the foreshadowing, the location, the dialogue. Jimmy is obviously not Saul at this point, he is awkward, less confident but we saw a glimpse of Saul Goodman at the end of the episode when he went back to his hustling ways.

Better Call Saul has convinced me, it's definitely on my watch list and there's a new episode tonight which is great.

Yeah will watch the two episodes back to back tonight. My body is ready.

Gonna give it a few weeks, then binge on it

Heard it's coming on Netflix. Are they uploading the episodes straight after they air?

Cracking start to the show. Loved it.

Just watched the episodes back to back.

It was really sad to see Saul reject that offer from Nacho because of morals. That's exactly the type of stuff he eagerly does on Breaking Bad, he was a good man and wants to be one but hey, it's a dog eat dog world. This show will be about how Saul Goodman broke bad.

The writing, directing and acting were all on point. This is Vince Gilligan and Michelle McLaren keeping up to their high standards. The opening black and white scene with no dialogue was brilliant, how it showed Saul's fall from grace, paranoia, loneliness and regret. Reminded me of There Will Be Blood's opening. The leg breaking scene

How Saul talked down Tuco was amazing, ""You're the worst lawyer ever!" "I just talked you down from a death sentence to six months probation. I'm the best lawyer ever." so true

Got some legit laughs at some scenes too. Those college kids *bleep* a head

Oh and that guy Nacho is Vaas from Far Cry 3

"If I'm lucky, a month from now, best case scenario, I'm managing a Cinnabon in Omaha."

That's exactly what happened to him. 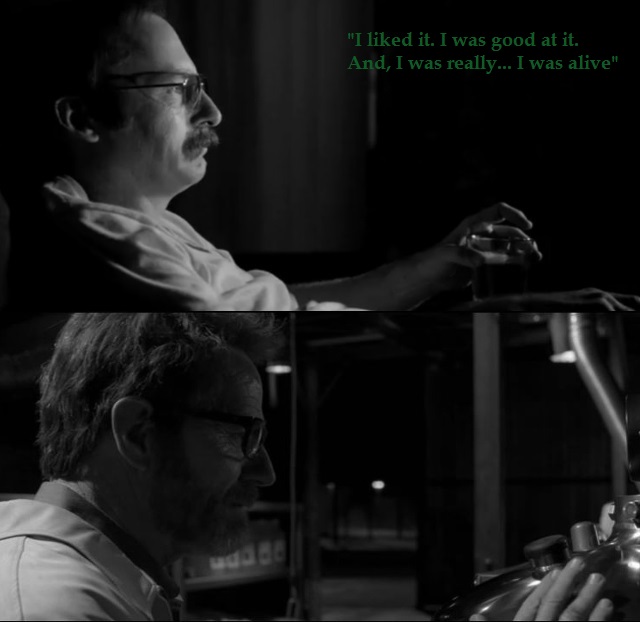 No Doze did not learn his lesson: 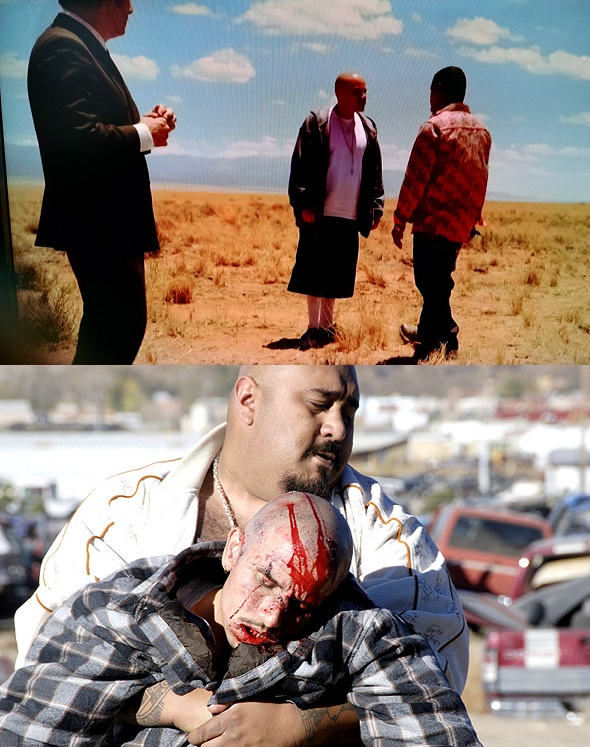 FML this (these) show(s)

Also Tuco was so GOAT this episode.

They run their scam with skateboards so make it that they can't skate... -> "SO I'M CUTTING THEIR LEGS OFF!"

All they did was trash-talk. -> "SO I CUT THEIR TONGUES OUT! COLUMBIAN NECKTIES! I CUT THEIR THROATS AND THEN I PULL THEIR LYING TONGUES THROUGH THE SLITS!"

Just watched the opening 2 episodes, skateboard story/Tuco was good, rest was boring imo. Should get better though now that the intro episodes are over.

Usually prequels tend to be not be very good but Better Call Saul has started off very well. Critics who've seen the 3rd episode gave it very high ratings too.

Take off the space blanket, Chuck!

I'm not as convinced as most of you seem to be about this show, but I'm hoping it will only get better.

It had to start off slow, it's all about the origins of saul goodman. He's just brushed up against the criminal stuff for the first time. Tbh almost any new tv show nowadays starts off slow to set the tempo. Hell I remember the pilot of breaking bad being slow as hell minus the first and last few minutes to set the backdrop to the rest of the show.

Got some really good stuff coming up I would imagine for this show.

Hope Gus is in the show.

Another amazing episode with some interesting twists and turns. Mike finally gets a speaking role and gives sound advice to Jimmy. Have to say, Nacho is not nearly as intimidating as Tuco but that's how it probably should be, instead he's sly and cunning.

Seriously best show on TV atm. That good ol Breaking Bad cinematography, them laughs, suspense (impressive being a prequel), characters, dialogue. All it's missing is a Bryan Cranston level acting performance. Bob Odenkirk has been really good though.

Must say Odenkirk's acting in the first scene was not as convincing as Craston's when playing desperate and vulnerable but that's understandable.

However he has really taken the role in his grasp and was near perfect in other scenes.

Good episode but I hope shit gets real/more tense soon.

What a great show so far.

Yesterday at 9:58 pm by futbol_bill

Yesterday at 9:38 pm by Arquitecto

Yesterday at 8:02 pm by Myesyats

Yesterday at 7:45 pm by Raptorgunner

Yesterday at 7:42 pm by Raptorgunner

Yesterday at 5:50 pm by Myesyats

Yesterday at 2:17 pm by elfmeter

Yesterday at 12:40 pm by RealGunner