Game to be played on Tuesday, the 12th of August in the Cardiff City Stadium in, surprisingly enough, Cardiff. Kick-off 19:45 UK time.

Not entirely sure how Madrid will line-up.

Should be a good game since Sevilla won't sit back and Madrid have enough attacking players to not be able to sit back.

Madrid have too much for Sevilla so can only see the result going one way.

Just realised Madrid now have Jese, Jose and James rodriguez in their squad

Going with Aspas as your striker

Can't wait for Sevilla to get a corner this game 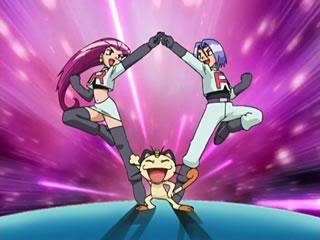 Isco can be Meowth

Last year we had BBC, this year we have Team Rocket

As for the game I'm not too confident atm. We don't look in great shape physically and Carlo is just messing around atm (Isco is a midfielder not a false 9 ffs)

If we lose then Carlo should be sacked imo.

Carlo should definitely be sacked if we lose... our squad cost 500 million to assemble. We should dominate every game.

I COMPLETELY disagree.
Firstly, in his first season, Carlo did what no coach since Del Bosque could do... win La Decima.
Secondly, how can you judge his entire tenure at the club with a single game.
Thirdly, there is a plethora of new names and faces in the team, it may take a while for them all to gel at the start of the season, especially considering that our current squad is made up predominantly of attack-minded, star players.
And finally, Sevilla are a good team that we actually lost to last season (just after el clasico).

Now, if we lost a few games on the run and our team still can't come together, then giving him the sack would be acceptable... but losing one game is not grounds for dismissal.

Sevilla can surely line up better than that

windkick wrote:Gameiro or Bacca should still start or play at some point in this game lol

Sevilla can surely line up better than that

Gameiro has been injured all pre-season and hasn't played a single friendly. Bacca's had about 15 minutes against Cordoba last Friday. Neither are ready to start a game this big, whereas Aspas played every game of their European tour.

Other than the striker, that is Sevilla's best line-up right now.

Sevilla started their preseason 2 weeks before us so they are going to look sharper. Still think we can scramble a victory

It's already a disgrace that Madridistas couldn't celebrate the ICC trophy in Cibeles, we had everything prepared in Madrid but it was all wasted.

Carlo is a dead man walking imo and losing this trophy will mean he will be in the unemployment line before September.

Sevilla's 2006 winning side has some familiar names:

cambiasso-makelele... we screwed that up, to sign the likes of gravesen and diarra down the line

Not to mention Pablo Crapcia lmao.

If I recall, Cambiasso really wasn't doing well at Real Madrid but it was still very much the club's own fault for not showing faith and patience in what was clearly genuine talent in the DM position.