Yeah it's gonna be great, it's coming out at a great time too.

With Witcher, Order and Bloodborne coming out in February /March it gives anybody lots of time to get through those before June.

Wouldn't put it past them to invent a new villain. Wasn't the villain in Court of Owls original? One of my favourite comic lines (not that I've read that many. Was really great imo.

Really hope It's an original character with some lore explained, maybe a clone made by one of the big baddies.

The first game was published by eidos which is owned by Square Enix. Not sure if they owned the IP at all but they didn't release the other 2 games.

They probably didn't, most likely just needed someone to publish it and once it came a success Warner Bros paid the necessary cash.

This game has a great chance of becoming the ultimate super hero game for many , many years . It can't come soon enough .

Nobody talks about it , but the void that the Arkham games will leave behind is going to be huge . I could be playing new Batman Arkham games forever , ffs . It's rather well known it was always meant to be a trilogy by Rocksteady , however who honestly doesn't want to play another 3 ?

I will be playing Arkham Knight for a long time , but the notion of no more of these absolutely insanely great games saddens me . Hell , i would be content even if Rocksteady never made another one , knowing no one will ever match their original trilogy and for exchange , WB would gave it to another studio to develop a new trilogy . The base of Arkham games is too good to mess up , they only need a good storyline , maybe take Paul Dini back? Even after BAK is over , so many Batman stories will have been left untouched .

I mean i can understand Rocksteady wants to develop new things and i am particularly excited about this , but i find it rather hard to accept this will be the end of the great Batman games .

Batman is perfect super hero for video game imo, it blend so many good gameplay concept into one, not to mention interesting bad guys. Any other and it will become boring beat them up, button smashing or 3rd person shooter. Spiderman, superman, deadpool, green latern, cap, iron man even the whole cast of x men, none of them work. The characters dont have the depth Batman does.

I really like Rocksteady design of suicide squad in 2nd game, the game around them made by Rocksteady is my ultimate wet dream

RealGunner wrote:Would be interesting if it's a new character. I think they are telling half the truth with that one.

Reading on the internet. People are saying he could be batman's clone made by maybe Joker before he died or some sort of other experiment.

Others are saying it's Red Hood(Jason Todd probably) and the story could be from Batman: Under the red hood

Can't wait whoever it is

Under The Red Hood is the best DC animated movie. I'd love to see it adapted to the game

I found it interesting that it's rated Mature this time instead of Teen.

I wonder if that's any indication of a darker story tone and storytelling.

Great Leader Sprucenuce wrote:I found it interesting that it's rated Mature this time instead of Teen.

I wonder if that's any indication of a darker story tone and storytelling.

It's most probably because you can play as Red Hood which means you can violently kill people. The ESRB description actually makes it seem less darker than Arkham City. Most people were wondering how the hell they are going to put a playable Red Hood in a T rated game.

Oh right I wasn't aware of that.

I'm going to get a PS4 just for that game.


I wonder what a Superman Game would look like.

yeah, i have never played arkham but that game looks badass.

superman's powers are way to wide to be realistically portrayed in a video game Jibers, that's why superman movies almost always suck.

Yeah Batman is pretty much perfect for a game as it attains to a super hero game.

Having said that though, before Rocksteady started making these Arkham games a good super hero game was about as rare as a game based on a movie being good.

Maybe they can take on Superman or Spiderman etc and make it of similar quality, I'd like to see them try in any case.

Great Leader Sprucenuce wrote:Yeah Batman is pretty much perfect for a game as it attains to a super hero game.

Having said that though, before Rocksteady started making these Arkham games a good super hero game was about as rare as a game based on a movie being good.

Maybe they can take on Superman or Spiderman etc and make it of similar quality, I'd like to see them try in any case.

Spiderman 2 was incredible for me. Spiderman 2, the Arkham series and Incredible Hulk Ultimate destruction are the best SH games I've played by a mile. The other spiderman games were just knock off of spiderman 2.

I liked Web of Shadows. regarding Batman, Arkham City is my favorite game alongside Spiderman on PS1

a lot of people are going to buy this 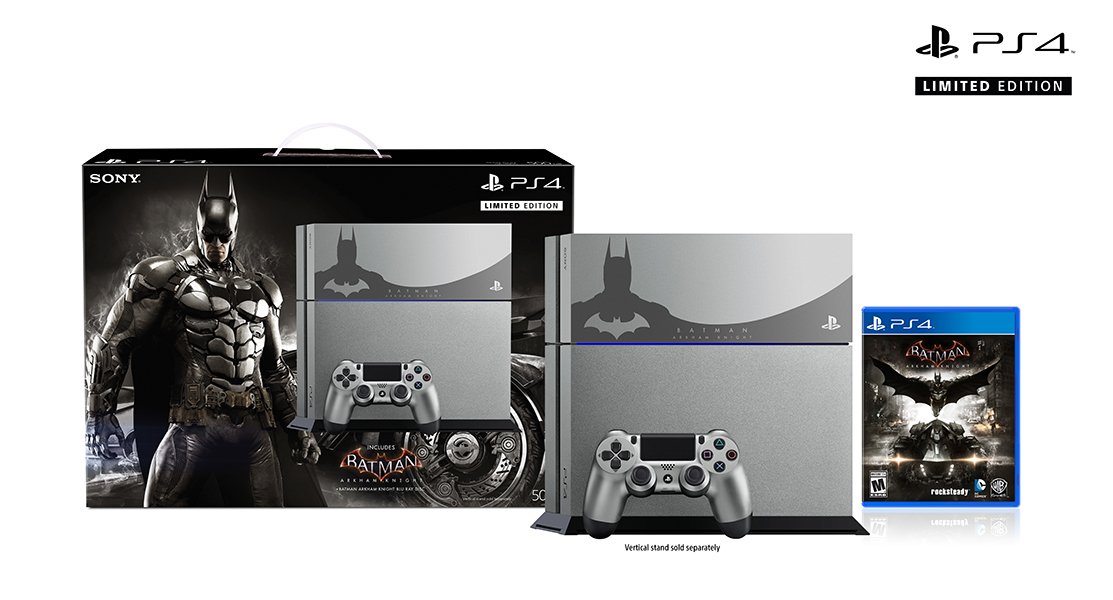 Great Leader Sprucenuce wrote:a lot of people are going to buy this

Similar topics
» Batman Arkham City
» Games you look forward to in 2013 ?
» The Last of Us trailer!
» The Last Of Us new trailer
» Batman > Robin

Page 2 of 14
Permissions in this forum:
You cannot reply to topics in this forum
Latest topics
» 2022/2023 Premier League Discussion