My heart says He'll do well though. Ah, we've not yet speculated on his future squad number!

Dunc: Benfica wanted but failed to get Romeu.

It took more than half a year to get Roman Abramovich to sanction the purchase, but Jose Mourinho finally has his man. When Chelsea's returning manager delivered his plans for the restructure of a badly imbalanced squad last summer, Nemanja Matic was central to it. The midfielder is ideally suited to astutely turn defense into attack, the core of Mourinho's football.

That the transfer took until January to happen came down to two factors. First, Benfica judged the market's interest in a player who'd excelled in their run to a Europa League Final meeting with Chelsea sufficient to refer shoppers to the €50million buyout clause in his recently improved contract. Second, whatever figure Chelsea managed to negotiate that down to would still represent an embarrassing mark-up on the pittance they'd let Matic join Benfica three years ago.

That winter window, the Serbia international was a 22-year-old cog in the Abramovich global talent machine. Acquired from Slovak side FC Kosice 16 months previously, he'd been through one anonymous season at Stamford Bridge before being shifted out on loan to Dutch feeder club Vitesse Arnhem. Under Carlo Ancelotti, active service amounted to three second-half substitute appearances in easy victories over W-clubs. Twenty-one minutes in a 4-0 defeat of Wolves, 26 minutes in a 5-0 with Watford, and 21 in an 8-0 with Wigan.

When Benfica announced the €25m sale of David Luiz to the Portuguese stock market in January 2011, the young midfielder they took from Chelsea to sweeten the deal didn't even merit a fiscal valuation. "Please note that the agreement also provides for the outright transfer of all economic and sporting rights of the international athlete Nemanja Matic," the Lisbon club stated.

As Abramovich did not achieve obscene affluence by selling low and buying high, Matic's return to Stamford Bridge required patience and good fortune. By late autumn, Mourinho knew his midfield was dangerously overstretched. Marco van Ginkel's young legs had been lost to a season-ending injury and Frank Lampard was too old to play every game. Though Mourinho loved Ramires' dynamism in the center of the field, he needed a player alongside him who could use the ball more intelligently.

Again the Portuguese preferred Matic, yet once more loomed the brick wall of price and history. "Benfica want too much money," was the word as an alternative target was proposed. With Internazionale floating a fee of £15m for Fredy Guarin, Mourinho approved a move for him. Guarin's advisors were asked to state terms for joining and, according to a well-placed source, asked for €4.5m a year, after tax, a €1m net increase on his Inter salary.

Big mistake. Chelsea were informed that the former FC Porto midfielder was actually on just €2.5m net in Italy and terminated their interest. All very principled, yet not at all helpful to their manager.

Then came Matic's own tactical intervention. The Serb felt he'd developed as much as he could in Lisbon and wanted the opportunity to prove himself again at Chelsea. He also knew Benfica president Luis Filipe Vieira scented a big payday; one likely to be too large for Abramovich to approve.

The player himself denies it, but Matic came up with a joker. On Sunday night, Benfica were due to face Porto -- their biggest home match of the season. Matic arrived three hours late for his team's overnight "concentration." According to multiple sources, his tardiness was intentional; the result of a threat not to turn out in the top-of-the-table encounter unless Vieira accepted Chelsea's lowball offer.

Matic played, Benfica won 2-0, and by the next evening their star midfielder was giving an interview to Portuguese sports daily A Bola in which he announced the win had been "my last game" for Benfica, and that "I wanted to go to Chelsea, even if Benfica had better options."

Vieira was said to be "furious" over the corner Matic had painted him into, angered at the straight cash fee of €25m he'd been forced to agree with Chelsea, and frustrated by their refusal to include Oriol Romeu as a Matic-like makeweight in the transaction. The Spain under-21 midfielder remains on loan at Valencia.

Chelsea's PR position on the embarrassing buyback is strengthened by the imminent sale of Kevin De Bruyne to Wolfsburg in a deal that is understood to be worth an initial £16m. Performance-related variables could inflate that take to £25m. Not bad for a 22-year-old reserve who showed no appetite for taking tactical lessons from Mourinho.

Matic flew to London on Tuesday, having disavowed the personal strike story -- "It never crossed my mind, nor did I make any kind of threat," he told A Bola -- and promised Abramovich value for some grudgingly invested cash.

"When I first went to Chelsea I was very young and there were great players in my position," he said. "To be honest, I really had little chance to play back then. Now it's different. I'm 25; I'm not the same player who left Chelsea. I'm sure he [Abramovich] knows that. Now I have the opportunity to go back and work with one of the best managers in the world."

A grand day for Mourinho and Matic. Not quite so promising for Manchester City. 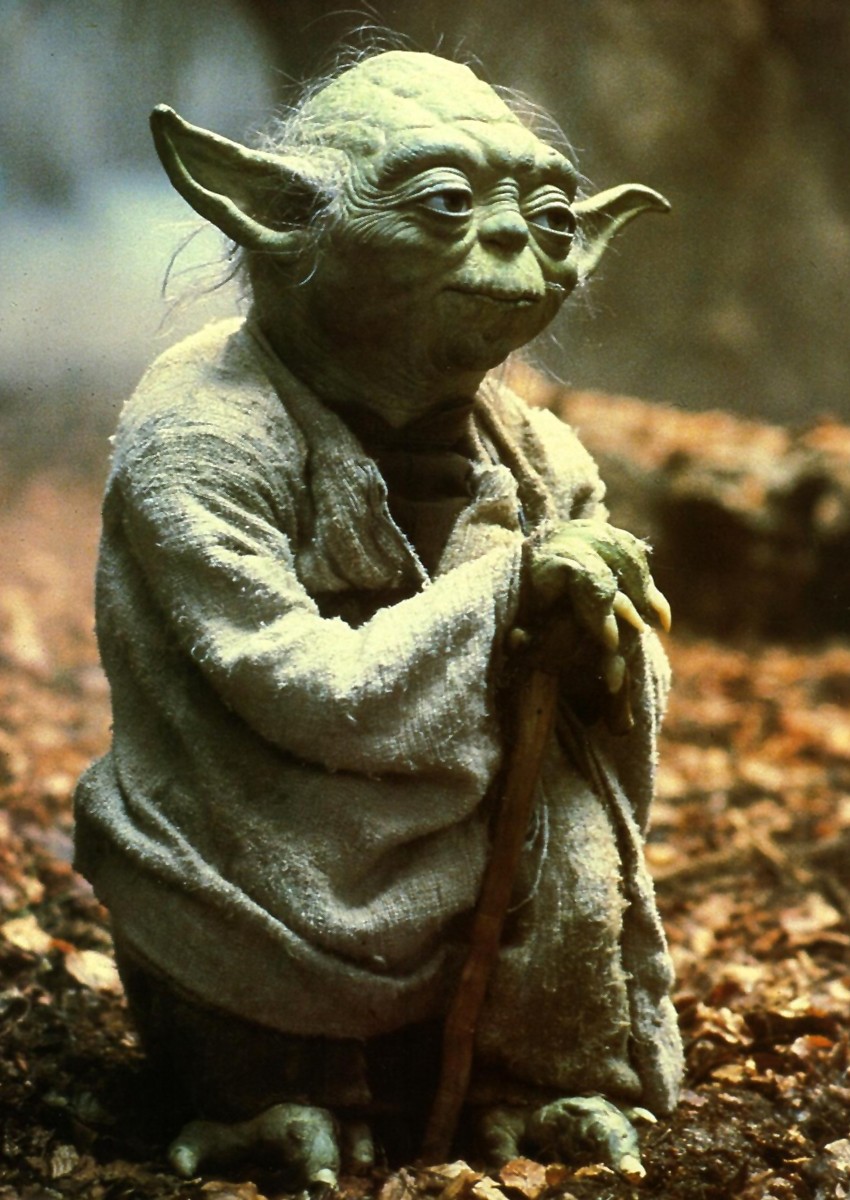 That's a very nice profit on the player for Benfica, I wonder where they were able to get him so cheap in the first place?

Predict his price in FPL

@M99 wrote:Predict his price in FPL

@Art Morte wrote:That's a very nice profit on the player for Benfica, I wonder where they were able to get him so cheap in the first place?

Also, Benfica wanted 40m, so if you look at this deal purely on it's own, we're doing well in it. 
Chelsea Football Club have today completed the signing of Nemanja Matic from Benfica.

On signing his five-and-a-half-year contract, the 25-year-old said: 'I am very happy for this opportunity to be back at this club. I feel very good because of that and just want to say I will give my best to help the team and make the Chelsea fans happy.'

Jose Mourinho added: 'I am very pleased that Nemanja is returning to Chelsea. He has grown as a player in Portugal and has become a fantastic all-round midfielder. I am sure he will become a very important member of the squad and help us to achieve our ambitions.'

The Serbian midfielder, who will wear the number 21 shirt, returns for a second spell at Stamford Bridge, having previously represented the Blues after joining from MSK Kosice in 2009. He made three substitute appearances in the 2009/10 season and departed in January 2011 as part of the deal which brought David Luiz, one of the most coveted players in Europe, from Benfica to London.

Matic made his Chelsea debut aged 21 during a 4-0 league victory against Wolverhampton Wanderers, and also featured in our final-day 8-0 win over Wigan Athletic in 2010 which saw us clinch the title.

In August 2010, he went on a season-long loan to Vitesse Arnhem to gain more first-team experience and although the transfer to Benfica was agreed mid-season, Vitesse retained his services for the remainder of that campaign.

The 6ft 4in, left-footed player made his debut for the Portuguese club as a late substitute in a 2-1 win over Vitoria Guimaraes at the start of the 2011/12 campaign, and with the benefit of regular first-team appearances, his game matured.

Composed, comfortable in possession and with a good range of passing, he scored his first goal for the Lisbon club during a 4-1 win against Vitoria Setubal in January 2012, and acquired valuable Champions League experience, including games against Chelsea in both legs of the quarter-final on our way to winning the competition.

While his first season at the club was a solid one, the 2012/13 campaign saw Matic flourish. With Javi Garcia departing for Manchester City, he became a formidable presence in the centre of midfield, impressing to such an extent he was named Portuguese Player of the Month on three occasions.

He also added more goals to his game and a stunning volley in a 2-2 draw against Porto was this week voted second in FIFA's Puskas Award for the best goal scored anywhere in the world in 2013. He also netted the winner as Benfica beat Bayer Leverkusen in the second leg of their round of 32 Europa League clash.

Matic played in all but one of Benfica's matches as they progressed to last season's Europa League final, where they were beaten by Chelsea in Amsterdam.

They were also pipped to the Portuguese title by Porto, with a solitary point separating the two big rivals, but on a personal note, the season ended in a memorable manner for the Serbian when he was named Primeira Liga Player of the Year.

The opportunity to play regularly for one of Europe's biggest teams has undoubtedly aided Matic's development over the last two seasons, and he continued to impress during the first half of the current campaign in Portugal where Benfica currently have a two-point lead at the top of the table.

His final appearance for Benfica came last Sunday, when he helped them to a 2-0 win over Porto.

Matic has earned international recognition with Serbia at youth and Under-21 level, and with the senior team for whom he has made nine appearances, the most recent a World Cup qualifier in October.

The Serbian midfielder, who will wear the number 21 shirt 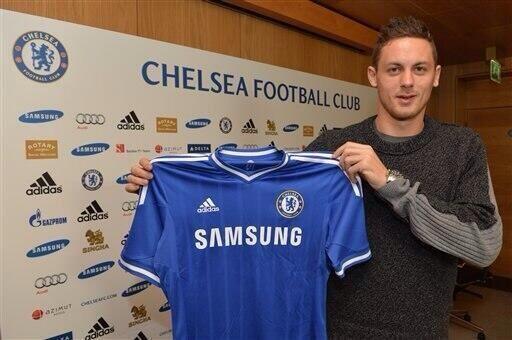 Mourinho pleased to welcome 'grown up' Matic back to Chelsea:
José Mourinho says new signing Nemanja Matic has grown as a player in Portugal and will be important to the Blues' ambitions going forward
http://www.getwestlondon.co.uk/sport/football/transfer-news/mourinho-welcomes-grown-up-matic-6511864

”I am very pleased that Nemanja is returning to Chelsea. He has grown as a player in Portugal and has become a fantastic all-round midfielder. I am sure he will become a very important member of the squad and help us to achieve our ambitions.”

Interesting read indeed, however the circumstances on how everyone went about this deal, I am definitely excited for him to be part of the team. Hope we gives us the edge.

Page 2 of 9
Permissions in this forum:
You cannot reply to topics in this forum
Latest topics
» UCL QF 2019/20 | Man City Vs Lyon

Today at 9:42 am by BarrileteCosmico

Today at 9:29 am by urbaNRoots

Today at 9:16 am by BarrileteCosmico

Today at 9:08 am by Arquitecto

Today at 9:01 am by Robespierre

» What should Barca do next?

Today at 6:21 am by Arquitecto