1. Is there anyone here who regularly watches games in this league?
2. Where can I find streams of Swiss league matches? (in high quality)
3. What happens with FC Zurich? In last season they were on 4th position and promoted to EL qualify (but lost with Slovan Liberec in 3rd round). Now they are on 9th position (10 teams). Really Golden Lions has so poor cadre? Once it was a very solid club. I'm asking about them because I have a sentiment for them #FIFA2005

2. Good quality? I wish I knew. I only found bad quality in stamp size so far.

3. FC Zürich seems to have money problems. There were talks about Mateschitz from Red Bull trying to take them over, but the FC Zürich president doesn't want to give anyone else the full control over the club and Mateschitz isn't content with a part of the club.

I heard that Red Bull wants to take over FCZ. But I didn't know that they have a financial problems.

There really is no good streams of RSL? What TV has rights to broadcast this league?

There is a good fan page on FB about Swiss league? I haven't found.

ProXima wrote:I heard that Red Bull wants to take over FCZ. But I didn't know that they have a financial problems.

Well, let's say they don't have enough money to strengthen sufficiently, so they are looking for sponsors everywhere. Red Bull just didn't want to become a sponsor, they want the whole thing if they put their money in.

ProXima wrote:There really is no good streams of RSL? What TV has rights to broadcast this league?

AFAIK it is Teleclub, but I'm not from Switzerland, so I'm not fully sure. Interestingly you can see the Swiss Cup matches in pretty good quality here:
http://www.cupplay.ch/de/Cup-Play/Live.aspx

ProXima wrote:There is a good fan page on FB about Swiss league? I haven't found.

Well, not that I would know - but then, I haven't looked for one either. I'm mainly interested in watching a certain talented and cute Swiss goalie in action in the first place

Awwww! I wanted to make him (?) think and figure it out himself! *giggle* 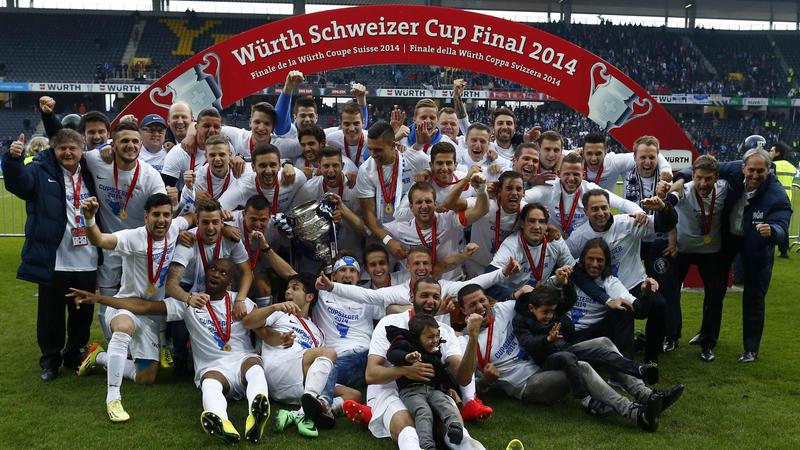 FC Zurich wins a cup after 5 years, congrats, but I wonder if this will help to find the passion to his citizens.
Strange city Zurich , although Grassophers and Zurich are 2 glorious teams (expecialy the "locusts" , 27 title won ) it's a city who has difficulties to to fall in love with football..
There is divison between hockey and football, and the hockey get basically more spectators than football

I remember when it was rejected by Zurich ppl the building of new stadium in 2005 ( l 50,8% of vote against, it would have been funded with public money ) and now the 2 teams play in a cramped stadium with athletic track , the" Letzigrund "

even Lucerna and San Gallo have better project than them , while Basel differentiates itself from Zurich coldness taking even 30'000 spectators at St. Jakob-Park

who knows this victory awaken the the most 'populous city in Switzerland also for the football..

Today at 1:22 pm by BarrileteCosmico

Today at 5:15 am by BarcaLearning

Yesterday at 9:16 pm by Nishankly

Yesterday at 8:56 pm by halamadrid2

Yesterday at 8:03 pm by BarcaLearning

Yesterday at 7:18 pm by BarcaLearning

Yesterday at 7:12 pm by BarcaLearning