The Welsh winger moved from Spurs
to Real Madrid during the summer
in what was reported to be to be a
world record transfer, with the fee
said to be as much as €101m
(£86m). That figure would have
eclipsed the €94m that Madrid paid
for Cristiano Ronaldo in 2009.
However, Real Madrid president
Florentino Perez has now revealed
that Bale actually cost less than his
preening Portuguese team-mate. 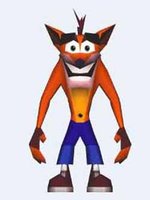 Not damage control. Spurs reported the transfer to UK HM revenue and customs as £78 million from the beginning.

Gareth Bale's prolonged transfer from Tottenham Hotspur to Real Madrid is set to be finalised after the two clubs agreed a 91 million euro ($121 million, £78 million) fee for the player, Madrid sports daily AS reported on Friday.

Citing sources from Real Madrid, the paper said that the Spanish giants will pay 84 million euros of the fee up front with a further seven million to be paid in variables depending on the Welshman's success with the club.

Only 78mil? What a bargin, Perez you genius

jeeeez, i can finally get a good night sleep knowing Bale ONLY cost 78m pounds