A 30-strong mob of Italian football fans have stormed into a restaurant used by Arsenal supporters, smashing windows, breaking chairs and injuring at least one person.

Witnesses described how the men, described as Napoli fans, had team scarves tied round their faces and started shouting in Italian at those inside the busy restaurant.

One worker at the Piebury Corner eatery described how they had to duck for cover and how one customer had been attacked with a belt leaving "blood all over the floor".

The London Ambulance Service confirmed a man in his 40s was taken to hospital with head injuries, that were not thought to be serious.

The gang attacked ahead of the Champions League clash between Arsenal and Napoli at the Emirates Stadium.

Emily Gould, who works at the Piebury Corner on Holloway Road, north London, said around 50 customers were inside the restaurant when a 30 rival supporters stormed the building.

She said: "I think they were Italian men with Napoli colours and scarves tied around their faces.

"They were shouting something in Italian, chanting and causing trouble down the street.

"Then then came in to the shop. I was terrified. They started swinging belts around.

"The customers were very frightened."

He said: "We have had Napoli fans inside all day today, they have been having a good time and not bothering anybody at all. They have been no problem.

"Then we had a minority of them come in, being violent, picking up chairs and tables.

Ashley Mills, a tottenham fan who was the victim of a stabbing in rome before a uefa cup match with Lazio. Picture from Facebook
Spurs fan Ashley Mills was attacked in Rome ahead of a game against Lazio
"There were three girls sat near me and these thugs just came in and grabbed the chairs from under the girls.

"It was completely unprovoked, I think they just picked us at random because they saw a busy restaurant and they wanted to fight someone - anyone."

Mr Campbell said he had no reason to suspect any trouble from Napoli fans before kick-off.

He said: "We are popular with home fans and the travelling European fans too. This just came from nowhere."

In November, Tottenham fans were injured in an attack at the Drunken Ship pub in the centre of Rome ahead of a Europa League Match between Spurs and Lazio.

Violence broke out when 50 assailants, armed with knives and baseball bats with their faces covered by motorbike helmets and scarves, stormed the bar where Spurs fans were gathered.

Ashley Mills, a Tottenham fan who was in Rome to watch the Lazio game, suffered serious injuries to his skull and thigh.

He needed emergency surgery after he was slashed in the upper thigh and lost several pints of blood.


what do these guys have against North London teams?

since it did not happen in the game

uncalled for jokes aside, complete thugs.

Heard about this before the game.

and what did they do when Roma fans & police attacked manu fans in te stadium? Nothing.

1991 wrote:Heard about this before the game.

and what did they do when Roma fans & police attacked manu fans in te stadium? Nothing.

UEFA needs someone they can make a good example off

Napoli fans have this kind of behavior so they would just ignore it..

some pictures from napli fans 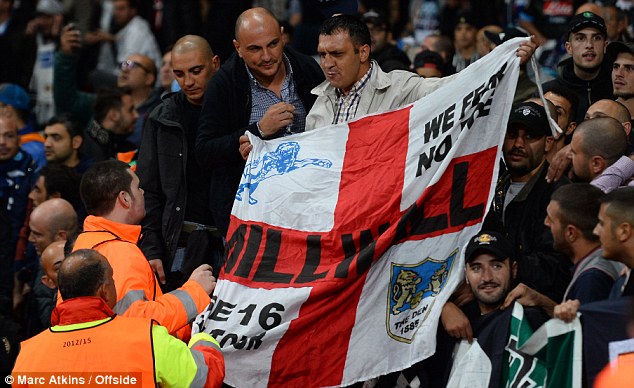 
the restaurant they attacked 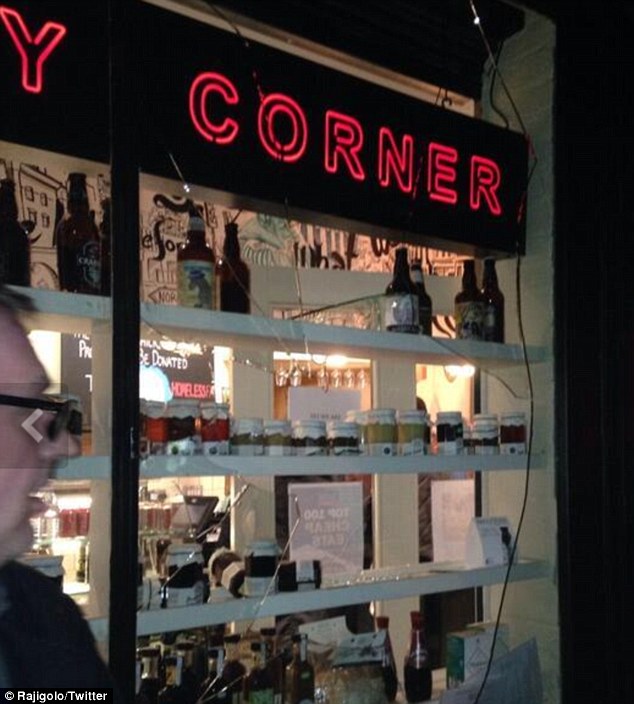 
the restaurant they attacked

if they have acknowledged its indeed napoli fans for causing all those chaos whats UEFA waiting for?

they should put a ban in their stadium

honestly, anyone who thinks its ok to sympathize with Millwall gets a massive downgrade in my book...

Pathetic Millwall fans would start feeling like they are shit


what do these guys have against North London teams?

They have something against all teams, disgraceful fans one of the worst in the world, these fans have no honor.

ofc there are exceptions

lol Devi, I was on the Juventus forum and some Juve fans were cheering for Arsenal..

maybe Napoli are the Millwall of italy

Can someone elaborate why the Millwall thingy appears to be so offensive ?

Millwall fans have a reputation for being thugs, they don't even help it by singing their infamous " nobody likes us, we don't care"

so what napoli  fan just did in london, Millwall fans would fvcking approve it( their insane minoriy that loves to give the team negative PR)

so in turn, Millwall are not liked..add to that they are a London club same as Arsenal..

the Napoli twat who had the Millwall flag wanted trouble, its like Holding a Communist flag in an American Political debate, or a Neo nazi flag in Jerusalem..

"Three girls sat near me and these thugs just came in and grabbed the chairs from under the girls."

"It was completely unprovoked". Well now, not completely. They actually paid money to go to London and see a horrible Napoli side lose, least they could get is a couple of chairs to smash up a restaurant with as compensation ffs

These italian & turk cowards always make me laugh attacking a bunch of shirt wearing kids & corporates & thinking their tuff shit. We all know in the 70's & 80's when they actually had to face english hooligans they wanted no problems and they've been overcompensating for it ever since.

Said it before and i will say it again.

If attacks occur inside or outside of the ground, then the fans who perpetrated these acts risk their club a Three year ban from all european competitions.

I can guarantee you that this behaviour would go on to be eradicated.

Eivindo wrote:I actually wonder if this is a stunt by the British media to cast more hate on Italian football etc

"Three girls sat near me and these thugs just came in and grabbed the chairs from under the girls."

"It was completely unprovoked". Well now, not completely. They actually paid money to go to London and see a horrible Napoli side lose, least they could get is a couple of chairs to smash up a restaurant with as compensation ffs

some guy got him in the head with a belt and is in hospital..

napoli fans took it overboard by trying to offend Arsenal fans with that Millwall flag..

anmd is this the first time an Italian club is doing this?

last season Spurs fans got attacked in by lazio fans

4 years back it was liverpool fans getting stabbed in napoli..

I would like to make a joke about the restaraunt and senile Wenger. But I cant think of one right now. Help please?

I think the "totally unprovoked" bit is way overboard from British media.

On Talksport (1am to 6am phone in show) last night there were people ringing in saying that there were around 20 Arsenal fans outside the place shouting abuse at the Napoli fans for being too rowdy. There was a bit of a standoff first. The people injured were Arsenal fans, there were no women or children hurt.

Yes, Napoli should face sanctions buts Arsenal are no angels in this event either.

Ban me if you want, but thats what I heard last night on national radio.

Arsenal fans who witnessed this on reddit said, it was totally planned, the Napoli fans were walking with the police by the Restaurant, then later came back did their stuff and left, they passed by the restaurant earlier 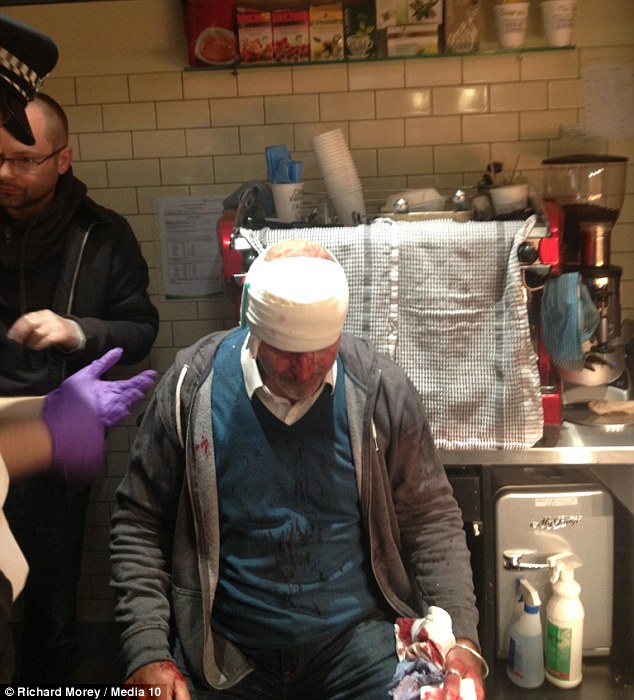 The shit was planned..


Talksport to Arsenal is like the Sun to Liverpool, don't expect anything good, just lies and bias shit, no Arsenal fan takes them serious..

To say the only reason people rung in is because TalkSport is "anti-arsenal" is rubbish mate.

The guy presenting the show was calling for all Italian clubs to be banned from Europe and was cutting the people off who dared to say Arsenal fans had any part in this.

He also said the usual "Uefa anti-english blah, blah blah..." that we hear every time anything happens against an English team.

They did'nt mention the Chelsea fans causing havoc in Amsterdam at the Europa league.

For me its pure hypocrisy.