Let's debunk some misconceptions about next gen consoles 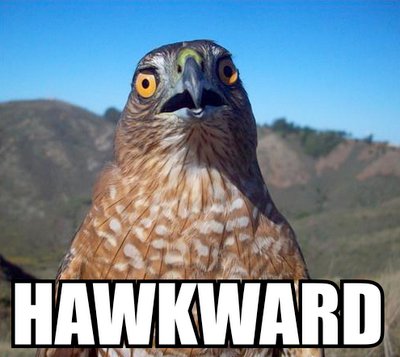 This is the reason i'm going with PC. I'll get the next gen console at some point... but it'll only happen if i feel i 'm really missing out on smething. By that time, there should be clear signs of which console is getting ahead.

it's all about the games peeps. Content brings customers and drives the market... hardware is just a medium to deliver content.

A bit biased but gets the point across:


Microsoft just announced that its much-maligned DRM policies won't look at all like they originally had originally been described. They're going to more relaxed, sort of like the PS3's. Good news, you say? No. Bad news. The Xbox One just got worse.

But what? Isn't all DRM bad and anti-consumer? No. Often it is, sure. If applied in the ways that gaming culture has been anxious about for the past few weeks, it would be disastrous. But that's not what was really at stake. This was:

These changes will impact some of the scenarios we previously announced for Xbox One. The sharing of games will work as it does today, you will simply share the disc. Downloaded titles cannot be shared or resold. Also, similar to today, playing disc based games will require that the disc be in the tray.

That SUCKS.
The Vision

Here was the simple vision of the Xbox One, selling and reselling games:
Every game you bought, physical or digital, would be tied to your account. This would eliminate current-gen problems like buying a disc, and then being unable to store it or download it from the cloud.
Because every single game, physical or digital, would be tied to an account, publishers could create a hub to sell and resell the games digitally. Let's refer to these as "licenses" from here, even though it's a loaded term.
Because reselling games would now work through a hub, publishers could make money on resold games.
Here is how this makes sense for YOU: New games could then be cheaper. Why? Publishers KNOW that they will not make money on resold games, so they charge more to you, the first buyer. You are paying for others' rights to use your game in the future. If the old system had gone into place, you would likely have seen game prices drop. Or, at the very least, it could have staved off price increases.
You also would have started getting a better return on your "used" games—because a license does not have to be resold at a diminished rate.
How do you know that this would have been the case? Because that's exactly what happens on Steam. But wait!, you shout. Steam is CHEAP cheap, and it has crazy sales. We love Steam! Micro$oft is nothing like that. Well, no, it isn't now, but Steam was once $team, too. It was not always popular, and its licensing model was once heavily maligned. Given time, though, it's now the only way almost every PC gamer wants to play games.
Sharing games would have worked either by activating your Live account on someone else's Xbox One, or by including them in your 10-person share plan, which would not have been limited to "family.". Details on that had been scarse, but even the strictest limitations (one other person playing any of the shared games from your account) would have been a HUGE improvement over the none that we have now. We don't get that now.
The 24-hour check-in would have been necessary for the X1's store, which it is not for Steam, because the physical product (game discs) would still be available. This check-in, literally bytes of data exchanged, would confirm that the games installed were not gaming the system in a convoluted install-here-and-then-go-offline-and-I'll-go-home-and-check-in-and-go-offline-too-and-we'll-both-use-the-game methods.

You would also, as it happens, have been able to share your digitally purchased games. That's a REALLY BIG DEAL. We won't be able to do that now, though. We still have to use the disc for games we buy physically. This is the loss of some of the most future-facing features of the system, things that changed and challenged the traditional limitations of console gaming. We are literally standing in stasis, refusing to move forward, at the behest of those who are loudest and not ready for the future.
The DRM Boogey Man Is So Last Decade

More than anything, the outcry over the Xbox One was a reaction to buzzwords that are easy to distance ourselves from. "Censorship," "retcon," "person who disagrees with Joss Whedon." DRM is right there with any of those for Microsoft's core gaming audience.

The real fear behind DRM on games is the idea that at some point in the future, you'll be told that you are no longer allowed to use the content you'e paid for. It's that you're "allowed" to use anything at all, instead of outright "owning" it. And in the past, shitty DRM has absolutely worked like that. Walmart MP3s and the like have taken their servers offline, stranding file formats and leaving them to die, forgotten.

That is not how DRM, by and large, works today. There is very little risk of any particular format dying off. The dangers, as such, lie in a dropoff of support, or at worst, confiscation. That for whatever reason, Microsoft would tell us to screw ourselves and stop supporting Xbox One games, or kick you, specifically, out.

Fair enough. But compare that to the benefits of DRM. It helps build an ecosystem that is easy and convenient and, most of all, affordable enough to draw customers. That's what Apple did with iTunes and music, and it's what Amazon did with books. The content was just too easy to get and too cheap to bother with pirating it. We could have had that with the Xbox One and games.

Here's a video game example of effective DRM in practice: World of Warcraft, more or less the most popular game of the past decade. WoW, a Massively Multiplayer RPG by Blizzard, is played entirely online—always online, even. Your account is not your property, Blizzard can ban it, or remove items from it at its pleasure. Everything is within its right.

And yet, all Blizzard does is run customer support to users who have been hacked (oh, so many are hacked) or who accidentally deleted something or any number of other problems for their accounts. They were even years ahead of the two-factor authentication push, basically giving away authenticators at a loss, with in-game bonuses, just to keep customers from being hacked. Because Blizzard knows that its whole job is keeping its customers coming back for more. And it works. And no one complains.
Our Capacity

Today's news proves, beyond a shadow of a doubt, that the internet has a voice. You're heard, and you can affect change in the things that you care about deeply. It's oddly fitting that the news comes as fan-saved Futurama gets ready to go off the air again. But today also proves how widely that nerd-influence can swing an entire generation of hardware, based solely on the whims of internet jokes based on information that isn't even accurate, and tinfoil fears about worst-case scenarios.

Cheaper games. Easier sharing. The end of discs. The Xbox One would have been just fine despite the chorus of haters, would have been a better system for ignoring them. Microsoft losing its nerve on this isn't just disappointing for the features we lose. It's unfortunate because it shows just how heavy an anchor we can be.