They want to emphasize the association with Paris and play down Saint-Germain-en-Laye, that's the reason for isolating "Paris" at the top of the badge and for removing the cradle which symbolises the birth of King Louis XIV in Saint-Germain.

Not sure why they're changing the colour to the same blue as Marseille (Oh the ignorance of foreign owners) but it's something about a new bus in January (I must be reading wrong because that makes no sense to me) but the shitty 3D on the Eiffel Tower is terrible.

Another logo sells out. Just like the Arsenal one with a cannon facing the wrong way now.

i dont like the whole 3-d looking effect on the new badge but i personally like the new color and the arrangement of the name.

How does this constitute selling out?
Clubs alter their logos all the time

Don't mind the logo, but the color choice is atrocious.

Do your homework!... Seriously!

I kind of like this concept, though I could see the shape change being an issue.

It's not hugely ugly, but TBH I believe in tradition when it comes to such matters, though I do have great appreciation for not wanting to honor Louis XIV in the club badge :p

In fact, I have great respect for not wanting to honor any French royalty

Personally I find this much more accurate

logos always evolved overtime, just accept, and dont try to pass it qataris changing the club culture or some shit like that.

current logo has been in use since 72, before it was something else, and tomorrow it will be different again.

also strong marketing move to have Paris SG written instead of PSG which says nothing about the city the club is supposed to represent.

whether the new logo is nice enough is another debate enterely

(But the lighter colour is definitely a pity as the dark blue was rather stylish.)

a more Azure blue to reflect the club's new Italian identity ... what's not to like?

MrNick09 wrote:logos always evolved overtime, just accept, and dont try to pass it qataris changing the club culture or some shit like that.

Since the new logo's color will change to blue it would seem likely that they would move on from their traditional kit colors.(Which has always been purple with the red stripe).To an extent i would believe that it would constitute a change in the club's identity/history imo.

Typically, clubs change logos and/or colors so that people buy new merchandise. If everything stayed the same all the time, people who own just one jersey.

Paris Saint-Germain director Leonardo has defended the club’s decision to have a new official logo.

The French side have had the same badge since 1972, but are set to unveil a new design which reportedly sees the traditional primary deep blue of PSG changed to a lighter blue akin to Olympique Marseille.

However, the Brazilian has backed the decision to make the changes and says it has nothing to do with a perceived move away from the club’s heritage.

“The respect [for the history] is there,” the World Cup winner told L’Equipe.

“We have not decided to change the club logo because we don’t comply with history. PSG has already changed five times, [some] big clubs [have] changed 10 times.

“I think the misconception comes from the money and the power that we have. I am here for the history of this club.”

Early designs of the logo also see the word ‘Paris’ moved to the top of the circle with ‘Saint-Germain’ sitting beneath it.

They also appear without the cradle that previously sat beneath the Eiffel Tower, signifying the birth of King Louis XIV in Saint-Germain.

It has been reported that the logo could be unveiled this month.

No harm done really as long as it promotes the club, with a good image in every sense of the word..I like the new logo, and i personally never really entirely liked the PSG colors anyways, hopefully their kits will also look better for my own taste. 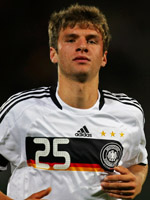 Similar topics
» No logo?
» Leo Messi unveils new superhero logo
» MLS has a new Logo
» Real Madrid to remove cross from its emblem
» Stars above Serie A clubs logo on their Jersey an official thing ?

Page 1 of 1
Permissions in this forum:
You cannot reply to topics in this forum
Latest topics
» Lionel Messi Transfer Speculation

» Who's the new face of LaLiga after Messi leaving Barca?

Today at 3:55 am by BarrileteCosmico

Yesterday at 8:56 pm by Lord Spencer