Let's get to the point here...

He has NO EXPERIENCE! He's mean't for Serie B. He failed once with Roma and he's failing again.

He only thinks it's acceptable to wear to suit during the derby. Other than that, he only wears track suits. I'm disgusted that we lost the derby to those Merdi!

He clueless, he has no idea about Italian Football.. even after all these years.

He doesn't talk. When he does.. he's proven wrong.. He talks bad about Juve and we get destroyed by them. Horrible at mind games... 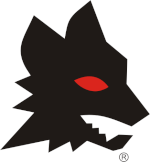 I'm not upset with Zeman. At some point, the players have to be held accountable. Zeman needs more time, just like Enrique did.

Blaming the coach and not blaming the players is rather unfair.

Take away all of those events and this game would've been quite different. How Zeman can blamed for any of the above is beyond me.

The only thing that sucks about us this season is our defence and DDR.Not Zeman.

New CB and RB are a must in January.Why didn't we buy Torosidis in the summer when we had the chance

as for De Rossi he needs to cop himself on big time.Highest paid player on the team,I expect more from him.I thought he had put all those stupid incidents in the past.I read that he apologised to Mauri after the match but strangely enough he didn't apologise to the fans.

If he doesn't improve his game soon I hate to say it but maybe we should really consider cashing in on him.Not a kneejerk he has clearly looked unhappy since the day Zeman arrived,just a thought.

One of the worst opening posts I've seen in this section in a while, congrats man.

No Experience? That could've been an acceptable argument against Luis Enrique, but against Zeman?? Are you actually serious?

Next point, he could suit up, wear a track suit or come in bathing suit for all I care, wtf does it matter?

He doesn't talk... granted he is rather quiet, I know that first hand. BUT BELIEVE ME, when he looks at you, you understand everything and that's all you need.

I've said it to others and I'll say it to you, if these are the types of garbage posts you're going to start putting around here just because you're angry that results aren't going our way, then gtfo. After the loss in the derby, Zeman is one of the last people on my "to blame" list.

So he needs to be sacked because he has no experience (clearly false, he's been coaching in Italy since before any of us were born), doesn't wear suits (a criminal offense in Italy), and is bad at the most overrated thing in football: mind games. I am convinced.

I was watching the game with a couple friends and a former Lazio ultra and one thing he said was "Zeman is football". He said that you can say Zeman is a bit outdated because his style is difficult to implement now, but he remains a great coach.

Can't believe DiBenedetto got rid of Montella. What a genious Vincenzo is

well Zeman is there to do what he does best , use the potential youngsters and rebuild Roma .The same objective that LE had and he is doing it despite some bad results . Ive seen a great defender in Marquinhos , Lamela growing as a player , Florenzi , Castan that really shocked me and even Piris is getting better . What do you want more? and in the last two games Roma actually didn't concede a goal . Balzaretti and DDR and Burdisso were disappointing and if you look at the goals Roma conceded you notice they mainly on individual mistakes . Finally Rebuilding a team is not as easy as you think teams like Man city and Chelsea with tons of money struggle . I want them players to improve game by game as conceding 0 goals was a good sign

My skepticism left me after the Parma loss honestly

I think he changed his style for the good reason , i still have my doubts . It often happens in Roma fans that a hero can turn to a zero over one game , hope that doesn't happen again

I don't think he's changed his play that much. At most, he's made some slight adjustments in midfield due to the players he has at his disposal. The most surprising this he's done this season is move Pjanic forward to play a 4-3-2-1 with his midfielders attacking wide.

The main difference lately is that we've been making less individual errors and that makes a huge difference. Hopefully we could keep it up.

his subs are the indications that he has changed when he take out an striker and put midfielder means that he got into conclusion that regardless of how many goals his team scored , they still have to keep it that way because at the end the numbers that shows on the screen matters

Page 1 of 1
Permissions in this forum:
You cannot reply to topics in this forum
Latest topics
» 2022 World Cup Best XIs prediction thread

Yesterday at 8:19 pm by McLewis

Yesterday at 5:58 pm by Robespierre

Yesterday at 4:11 pm by Myesyats

Yesterday at 2:24 pm by Nishankly

Yesterday at 2:22 pm by Nishankly

Yesterday at 1:56 pm by futbol_bill

Yesterday at 1:50 am by Robespierre