Sydney FC Chairman Scott Barlow is proud to announce that Italian football legend Alessandro Del Piero has agreed to finalise details on a contract with the Sky Blues after rejecting all other offers.

Sydney FC Chief Executive Officer Tony Pignata will fly to Italy over the weekend to conclude the signing of the contract in what is the biggest signing in Australian sports history.

“This is huge for Sydney FC, huge for the A-League and huge for Australian football,” Barlow said. “We feel honoured that Alessandro has decided to play for Sydney FC and we share his excitement that a move to Sydney FC will create a lasting legacy for football in this country.

“I want to thank Tony Pignata and Lou Sticca for the outstanding work over the last few days in progressing discussions with Alessandro and look forward to Tony finalising the contract in Italy over the coming days.”

2012/13 Sydney FC Memberships are now on sale with Public Transport to and from the game from all over Sydney covered in the Membership price.

Amazing transfer!!! He's not some old washed up guy like Inzaghi either (Inzaghi would still be awesome but come on... ADP>>>).

What sort of impact will he have on the A League? Will he be an immediate success?

lol I disagree. Inzaghi would still score goals if Allegri gave him a chance.

Anyway. This is a fantastic signing. I assume your a Sydney fan Kizz? If so congratulations. Don't be fooled by ADP's age. He may be slow as molasses yet with his guile and intelligence he still manages to beat his man marker or even two. He'd be best deployed as his usual 10 position or even deeper as with his two footed visionary play making he can make the difference. He was by far Juve's best frontman last season yet they let him go. Serves them right.

This signing will be what Beckham was for MLS.

Its also great because we have a huge Italian population here and it will engage them in the A-League very quickly.

Inzaghi was having negotiations with Western Sydney and it could still happen, but he'll probably just retire... I dunno.

I don't doubt Inzaghi would be a good buy, but just his style of play... He wouldn't get great service at West Sydney as they are a new team, just gelling.

Del Piero, however, will slot straight in and become our new playmaker as we lost our #10 a few days ago.

This should be huge for the A-League, but I don't expect him to own it straight away... Australian league isn't for the weak lol... He's gonna have to get used to people coming in hard, at his legs, at his side, at his everywhere. Refs don't protect the skillful that much here.

This is just crazy. In a good way.

This will bring some great awareness to the A-League.

Inzaghi has retired and is coaching a Milan youth team btw.

OK... so in an extraordinary backflip, Sydney have said there is no final agreement, just a meeting organised to discuss a contract..

WTF... He better sign. You can't get the whole of Oz worked up like that if its not definite... Fking dumb management again. If he isn't signed I'll be very annoyed and feel betrayed. 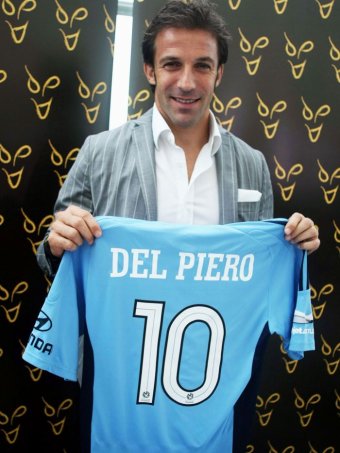 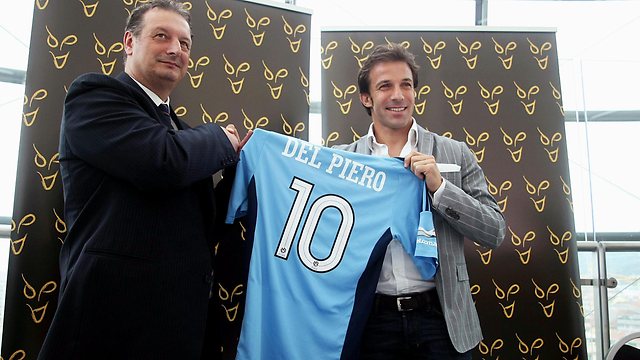 What will his impact be?

I will try get tickets too!

pity that non-football watching aussies don't even know who he is - even though he's won a CL and a world cup. and it's downright shameful that if asked they would say david beckham is a better player. oh well, too bad for them. this is great for sydney and the a-league. can't wait to see ADP inflict some pain on MV

the real question is, where in Sydney will adp be living?

Hope he does well!

Should of joined the wanders.