Over the moon with this signing

4.5M is a great price for him. Now you should sign a RB and your defense would be greatly improved.

how long is the contract???

do you think roma will sign a central defender now??

do you think roma will sign a central defender now??

Hard to know but we sure damn need to imho.Burdisso is just back from a serious injury and Castan is an unknown quality.

I dunno, can't see us picking up another CB honestly. Zeman looks keen to incorporate Romagnoli into the team for the season.

If anything we'll likely move for Torosidis next.

Im not quite as worried about our CB issues as many of us Roma fans appear to be. From what Ive seen, most CB who have won the Copa Libertadores don't seem to have too much problems coming to Europe and are generally pretty successful (Burdisso, and Thiago Silva to name two). That is a pretty high level of competition and we cant underestimate the quality the Brasileirao Serie A. I also like what Ive seen from Castan in preseason so far. Assuming he and Nico can stay fit I think were will be pretty solid in that area. We also have DDR who can slot in during emergencies as we seem to have plenty of depth in midfield this year. Add in Romanogli and Heinze and we should have enough depth there...Hopefully. I am more concerned about RB personally. 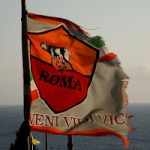 Yea but Heinze has even been left out of the Irding retreat, meaning he could very well be leaving soon. That means that all we have is Burdisso (coming back from a serious injury), Castan (first Serie A experience) and Romagnoli (17 years old). Quite worrying.

Back to topic, I think Balzaretti is a great acquisition for us. An experienced defender coming off a good showing at the Euro's. This could also help Dodo' settle into life in Serie A and not rush his growth. It also means we've seen the end of Jose Angel and I'm not particularly disappointed about that one.

This is the first signing since Stek that I've been really happy with. A few more proven players would do our relatively inexperienced squad good.

Just think, we were almost as old as Milan a few years ago...Our average age is coming down, which is encouraging as I think it was one of the initiatives of Sabatini.

Great signing for Roma. You lot are looking very impressive for this coming season.

Interviews with football players can often be boring and full of cliches. And, with Roma in particular, the club and players have often erred on the side of caution rather than saying anything too controversial, Zdenek Zeman aside. To hear Federico Balzaretti speak so openly and so candidly to SkySport24 was thus a welcome respite.

First, the obvious: "This year we've lacked continuity. At times we expressed ourselves very well, playing spectacular football, but we lost ourselves sometimes this season." To be fair, this quote can really be applied to any of Roma's campaigns - from the glory days under Luciano Spalletti to present day - but he's right. Roma have alternated fantastic performances against Fiorentina and Milan with nadirs against Sampdoria and Cagliari. Balzaretti went on to describe what he thinks is the reason behind it: "We've lacked the force, the naughtiness to win games - limits that great teams do not have."

That's a quote worth reading twice. He's right here again: Roma really don't know how to win games that they should (see: Pescara, Palermo), but it's his word choice here that's quite interesting. In Italian, "cattiveria" is akin to "evil/bad/naughty-ness". On one level, he's suggesting that Roma don't really have the know-how to win when they shouldn't, to take games by the scruff and nick an undeserved point. On the other, his comment is almost unintentionally revealing that should Roma win without really deserving it, sections of fans take it almost as an insult. The side should always play beautiful football! Evil is winning ugly. So they say.

Then he went on to his own individual performances, intriguingly noting that he hasn't quite won over the fans just yet. "I give 100% as is my characteristic with a clear conscience. I have not yet managed to enter into the hearts of the people but I'm working on it." There's no doubt that Balzaretti hasn't quite been the fullback most were expecting when he was signed from Palermo last summer. He hasn't been terrible, and he's certainly been an upgrade over the starters from the past few seasons, but he's performed well below the level expected from an Azzurri starter and the man who made a name for himself as one of Serie A's best.

His crossing has been wayward, for one, and his link up with the rest of the side seemed to fade over the season. Recently, he's been under a mini-revival, and these words are encouraging that he's working back to his best - although at 31, it remains to be seen how much of his decline is due to form and fitting in versus age.

Nevertheless, it's clear that Federico is a hard working man who's doing his all to be a protagonist for Roma - and a man who isn't afraid to say what's on his mind.

Today at 12:08 am by BarcaLearning

Yesterday at 8:50 pm by Casciavit

Yesterday at 6:25 pm by Myesyats

Yesterday at 9:16 am by Pedram