Be honest and say it how it is. his 3rd legendary interview after "I ain't a rat" , and "we were f*cking shit under Roy"

Jamie Carragher not in equation?

everyone says carra is not doing well, but what you don't see is, we lost the ball a lot against swansea, but who shat on players for messing up? carra would of, Gerrard would of, not a single person took control of our team and we played absolutely horrible, we should have lost that game.

Reina was our Man of match imo. but i don't even know what i can say from that game that is positive.

I wouldn't mind Agger as captain, but it's not gonna happen anytime soon.

Agger is the fourth longest serving player on the team after Gerrard, Carra, and Reina.........I don't understand why he's behind Kuyt in the captaincy order

Messiakanino wrote:Agger is the fourth longest serving player on the team after Gerrard, Carra, and Reina.........I don't understand why he's behind Kuyt in the captaincy order

I agree, but only because I think captain should be an outfield player.

Messiakanino wrote:Agger is the fourth longest serving player on the team after Gerrard, Carra, and Reina.........I don't understand why he's behind Kuyt in the captaincy order

I agree, but only because I think captain should be an outfield player.

Same reason....but also cuz Agger is my fav player in the team

Agger's not in considering for captaincy because he's managed fewer appearances than Kuyt and Lucas.

He's managed about the same number as Skrtel, despite arriving two years earlier.

No doubt Liverpool legend. Has been one of our best players since 2006-07 season. What a man, a definite Kop hero. Wish him to keep this incredible run of form for the rest of his career.

Liverpool defender Daniel Agger has offered former club Brondby a helping hand by turning down a payment which he was due to receive from the cash-strapped Danish side.

Agger joined Liverpool from Brondby in 2006 and, last September, his former side were ordered to pay a lump sum to all current and former players as a result of the club choosing not to pay supplementary holiday pay, pensions as well as other benefits since 2004.

Brondby have suffered a decline both financially and on the pitch in recent years and Agger hopes that his gesture can help them out.

"I am not going to claim any money from the club. The club is in trouble and needs help. And I want to help. I hope a lot of other people are interested in helping too," he told Ekstra Bladet.

"Brondby are an important club, not just in football, but also for a lot of people in the local community. It is a huge organisation with a huge network. You can tell by the amount of people showing up to the games. They are a huge deal in all of Denmark."

However, although Agger hopes other players will follow his lead in waiving the fee, he says that he will not look down on anyone who chooses to accept the money owed.

He added: "They are fully entitled to their money. But, I hope a lot of players will review their decision to claim this money. It won't be good for anyone if Brondby are not to be found in the best Danish division."

Agger what a man

I love this guy to death. top class

Okay guys. Let's take a minute and bow down to this great man.

His loyalty is unquestionable. With all these rumors about Suarez wanting to leave, it puts into perspective how big of a deal Agger rejecting a move away from us was for him last season. He put LFC ahead of his own career and money and decided to give his best years to the team that nurtured him into what he is now. We were always going to struggle to make CL in the immediate future and Daniel knew that but it didn't stop him from rejecting a big pay day and CL football because of what the club and fans had done for him.

Loyalty is very hard to find these days. We should especially enjoy and appreciate the ones that have it. Lucas 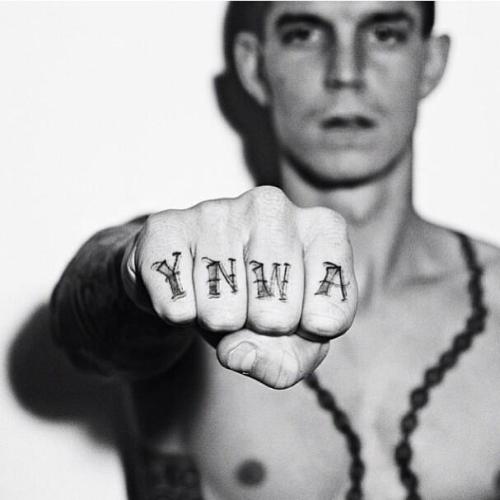 Daniel Agger paying a visit to ill and injured kids in a hospital in Copenhagen.

Such swagger only possible from Agger

I respect this man

It's either him or Lucas (for vice-captain).

Can't be anyone else, really. Can't help but think of Rodgers interview after it's announced. "Player X is a tactical player with the right mentality to succeed. He will help us for the future and he is very tactical."

As much as I like Lucas as a player I think he may be too nice to be Captain or Vice Captain. You need someone who's vocal and will let teammates and opponents alike know what's what at times, and I'm not sure I could see Lucas really taking that type of role.

Agger's not vocal himself, though.

Martin Kelly might have an outside chance as he's the oldest player after Gerrard to come out of our academy.

Martin is still too young. He might eventually but right now our vice captain needs to be an established member of the starting XI

That's true. That's why I've stated it should be either Lucas or Agger.

But Kelly isn't that young. He's 23 now. Gerrard received the armband at that age. Could see Martin having an outside chance albeit as the underdog.

Thing is Agger is already an established international captain whose captained his nation at a WC and Euros. Lucas while having leadership qualities hasn't done so at all at the top level (that I know of). Also Agger being a Liverpool player longer than everyone else on the squad (bar Stevie and Reina) gives him another slight advantage.

I'm not arguing against Agger, I'm just saying it should be either him or Lucas.

Just have a feeling Kelly has an outside chance as he came from the academy, is all.

Agger's a more vocal player than Lucas though, and he's a more commanding presence as well. Lucas harries, runs, and gives his heart, but he's not really a leader on the pitch... more of a worker. While Agger is no Carragher (let's be honest, who is?) he does have a more noticeable presence out there and he did seem to grow a bit into the role in this past season, though not enough to completely satiate our need for a defensive organizer. He'll have to really step up this coming season if Mignolet replaces Reina as he'll basically be the senior statesman in our backline.

Agger's not really a leader himself, though. NT captain means nothing before people mention that.

Again. I wouldn't mind if he's the next vice-captain, in fact he would probably get the vote from me but I don't think his 'leadership' reasons would be the reason why he would be installed as the vice. It would be more for his passion for the club and being the longest-serving player in the team after Stevie so he just "gets" what Liverpool is all about.


Pre-season gets underway for Rodgers and his team against Preston North End on Saturday, with live coverage of the friendly available on LFC TV Online.

The Northern Irishman has yet to appoint a deputy for skipper Steven Gerrard since Carragher called time on his career at the end of the 2012-13 campaign.

Rodgers revealed that several members of his squad are under consideration for the role, before stressing the importance of the position on and off the pitch.

"I haven't made it yet; there are a few people that I'm looking at," the boss told Liverpoolfc.com when asked if a vice-captain had been selected.

"The captain and vice-captain is a very important position here at the football club, on and off the field.

"We've got a number of players that I'm looking at and assessing before I'll make that decision at the end of pre-season."

My personal favorite choice is Agger. However, I'll be just as happy if it was Lucas. I don't think anything has to be said about these two loyalty or credentials for the position. They are both definite front runners.

I'm a little afraid seeing Kolo having private conversations with just Stevie and Brendan in those training pics. I understand he's an experienced leader however he's only been a Pool player for about a month. I'll be kind of disappointed if he's appointed VC, even though I love Kolo already and can't wait to see him play.

I don't like keeper captains unless their names is Casillas, plus Reina's spot in the team isn't even guaranteed so I don't know how I'd feel about that. Nonetheless he is the second longest serving member of the first team squad so it shouldn't come as a surprise if he's appointed.

Suarez, I'm afraid, has ruined all of his chances of being VC in my eyes with the stupid interviews he's been giving. Plus he's an emotional ticking bomb that could be set off any second. However his winning attitude is a very good trait for VC to have.

Johnson and Skrtel are just there to make numbers.

Yesterday at 9:51 pm by silver

» How good is Corentin Tolisso?

Yesterday at 8:09 pm by Hapless_Hans

Yesterday at 8:09 pm by Hapless_Hans

Yesterday at 5:10 pm by Hapless_Hans

Yesterday at 2:37 pm by BarcaLearning

Yesterday at 2:01 pm by BarrileteCosmico