Best National Coach of All Time

Best National Coach of All Time

Best National Coach of All Time
(not in sequence):

Scaloni was calm
even though his team had just scored
one of the most beautiful team goals.

Scaloni has to be pretty high on the list, as he lost just one game between Copa America and World Cup being the second longest streak in football history. Kind of interesting that Argentina won Brazil, Croatia and France doing so, but lost to Saudi Arabia. It might have been a blessing in disquise though as trying to hold such run can become a burden and distraction.

Harmonica wrote:Scaloni has to be pretty high on the list, as he lost just one game between Copa America and World Cup being the second longest streak in football history. Kind of interesting that Argentina won Brazil, Croatia and France doing so, but lost to Saudi Arabia. It might have been a blessing in disquise though as trying to hold such run can become a burden and distraction.

Yes.
The loss to Saudi Arabia
gave more positive impact
than the negative one.

Scaloni's in-game management sucks though. He defends a leading scoreline like he's playing FIFA. All that did was invite pressure on Argentina's defense.

was it really though? because the way i see it they were fine for large parts defending those leads... they didn't sit back too much, they didn't throw too many bodies forward... they just stuck to a more conservative version of their game...

they were relatively unlucky in how they conceded all their first goals that made them panic this WC...
Australia - deflection
Netherlands - just a really great cross and great header, nothing you can do to defend that
France - Mbappe pace, penalty conceded by Otamendi not the team defense... i think the run in behind was more a result of Argentina tiring than any tactical or defensive mishaps

the way they panicked though in all those games after conceding definitely was the worst aspect to their game... they needed a leader in their defense and/or midfield to keep that calm at that point... or maybe it's just in their Argentina/Latin America genes to respond that way to pressure

(in b4 Pedram accuses me of racism) Literally each one of them were panicking, while Messi was dropping his head in those moments. Thankfully the footballing gods (and Emi Martinez) were on their side

He was going 5-3-2 in the 60th minute whenever he had a one goal lead, or he'd go the double fullback route which is one of the worst moves ever. His answer to Netherlands bringing on giants was to keep Lisandro Martinez on the pitch. His lack of response to France's domination in the last 10 minutes was also really worrying.

The reason they panicked was because they couldn't get the ball out. You need outlets to relieve pressure. You need a big target man to hold up play, or another winger to make runs-in behind and dribble out of pressure, or a CM to kill the tempo by just spamming short passes.

They collapsed under sustained pressure, and his subs just exacerbated that. Lautaro couldn't score if his life depended on it, Acuna couldn't get the ball out of his own half, and Montiel can't even control a football. The only good sub he made against France was bringing on Paredes for De Paul because Paredes actually builds the play slowly, so it allowed Argentina to build attacks again. However, he gets a yellow every time he's on the pitch, so then you're left with a potential red card threat who has to play more cautiously.

That being said Scaloni did a great job. The players buy into him, and he's pragmatic which is what you need at international level, since you just don't have the time to coach a coherent attacking setup.

His pre-game tactical adjustments were good. Argentina had the depth which allowed him to make decisions based on the opponent. He also gave Messi the freedom to make his own tactical choices during the game.

He was also flexible with his starters. There were no favorites. Lautaro was his starter since he joined, but he had no problem starting Alvarez. Alvarez was the superior choice due to his athleticism which allowed him to run-in behind and compensate for Messi's defensive work. Poor Alvarez was gassed after the 70th minute so you had Lautaro stinking it up with his finishing when he came on. Enzo rightfully began starting despite being benched in the first game. Let's not forget going with Mac Allister over the more experience Papau Gomez either. 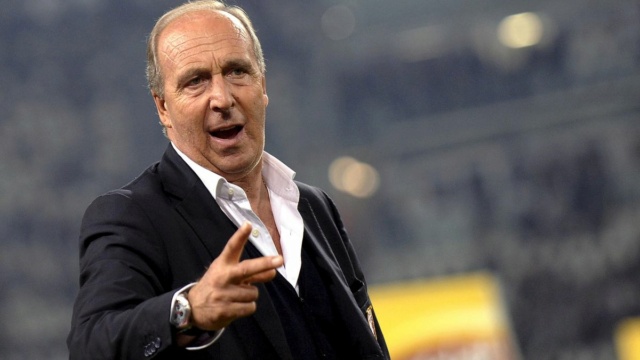 Scaloni the major problem I have with him is obviously how he subs out key attackers for a defender/CM way too early. If the team manages to hold on to their lead great, but time n again that didnt happen n a lot of luck were involved in winning the WC. I think many would agree would prefer him to not go so negative so early on. Apart from that hes done very well obviously, what a run of results these few yrs.