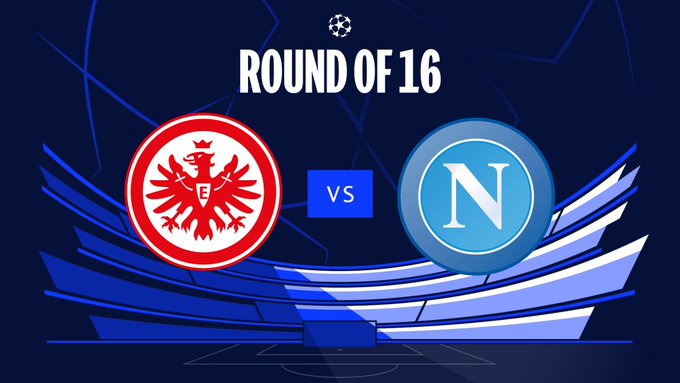 What an interesting tie. Probably the one I like the most out of this bunch.

I don't think Eintracht have looked as good this season as they did last season, but they haven't been pushovers at all. I don't see them coming out of the Maradona with a win though maybe a goal or 2.

Spalletti 's been already knocked out from Eintracht (Europa League 2019)

`Don't you worry, Napoli have a record of choking when it gets easier and a bit arrogant when it comes to the EL, via their owner.

Eintracht the way they are set up also exploit their obvious backline weaknesses.
This'll be a close tie.

I just hoped we'd get a proper dud.

Well Napoli snubbed EL due to little money, but of course Champions League is opposite. Every knock-out guarantees much money.
Rather it's "particolar" season for them. Not just that typical season where you get CL place playing good football, but hell, atm they are the favorite for Scudetto
And have you idea what it means Napoli again Campione , happened Just wo times and  under Maradona..
Rather risk might be to think only to that Scudetto obsession in that period.. But I don:t think it

They are unplayable now, 2+ goals scored against everyone, but Spalletti teams fall in January-February period
We'll see now

Good appointment for those many Neapolitans who live in Germaniy though, even though it's not Baden-Württemberg

Page 1 of 1
Permissions in this forum:
You cannot reply to topics in this forum
Latest topics
»  USA Gun Violence & Police Brutality Thread