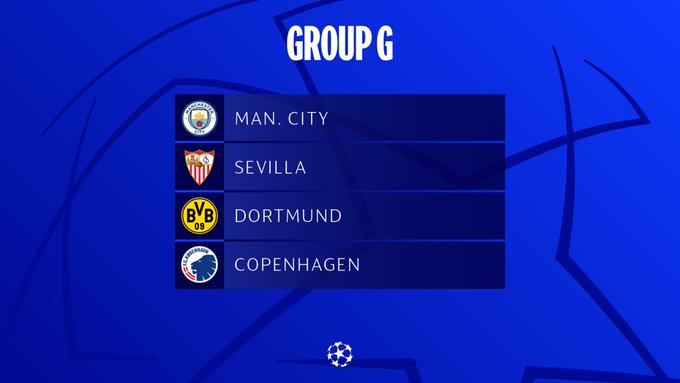 And here we go

Numpetegui to get sacked tonight for sure.

I feel sorry for him because he lost Carlos and Koundé in the summer with nobody to replace them. I'm not sure what else we were expecting.

I feel sorry for him because he lost Carlos and Koundé in the summer with nobody to replace them. I'm not sure what else we were expecting.

That's normal in football; the manager almost always takes the blame, or responsibility if you will, regardless of what the squad looks like.

Agreed, I have a feeling he might be happy to part ways with Sevilla. The team overachieved last season without a proper striker and the squad is clearly weakened this season. They will achieve mid-table in La Liga at best.

Sad times, but that's a reflection on La Liga's demise. Other than the big two/three, every team has just been getting continually worse over the years. I guess we're going through what Serie A has been going through for a decade and counting but the fact of the matter is midtable EPL teams have far more money to invest than an team outside Liga/Serie A's the top 3.

Can't help but find it amusing how Mahrez barely starts in the league, but is the first name on the team sheet in the CL.

Grealish is such a shit winger. What a waste of 100M. I called this signing being a flop, but I can’t even take credit for it because it was so obvious he was going to struggle.

Casciavit wrote:Can't help but find it amusing how Mahrez barely starts in the league, but is the first name on the team sheet in the CL.

I fell asleep before the match started. How does City have 0 shots on target after 80 minutes?!

mf throws himself at crosses like he's avoiding an oncoming car.

Haaland was great today. Despite the poor play of mahrez and grealish (mahrez was even worse) haaland still got involved and had excellent link up play, and a great goal. He was a one man army up there. It’s over for riyad. He’s lost his love for football. He needs a new phase in his career.

Dortmund didn't deserve to lose. Good subs by Pep, but those guys should've started anyways. He got bailed out by individual brilliance at the end.

There's nothing I hate more than glorified attacking midfielders on the wing. I'm talking about the types who can't really dribble 1v1, lack the pace to get in behind, and aren't high volume scorers or assisters. They can't attack the byline so all they can do is cut inside slowly and pass it backward.

They are essentially used on the basis of their ball retention. That's it. I thought it was stupid 7 years ago when Honda/Suso and Bonaventura played on the wings, and I think it's stupid now.

That being said I'm not a big fan of extremely chaotic wingers who needlessly lose the ball. Dembele showed how annoying that could be yesterday. I guess that's what made prime Neymar and Messi so good. They didn't lose the ball in stupid positions in their half, and had the technical security to help build the play, but were extremely reliable and offensive when they did get 1v1 chances.

Mahrez usually is much better in the CL for City, its why Pep picks him he was good against Madrid last year could've had a hattrick on another day, just isn't clinical enough. But him and KdB have probably been some of City better performing in the CL these last 2 years.

Pep always sticks with players who seem to be lagging behind in match fitness, until Oct. is were players start to get axed if they aren't and he has his trusted guys start then and everyone else fights for a spot.

Agreed with Grealish, I personally though he'd improve in his second season, perhaps he needs KdB role in order to shine a bit more? Since he's a great progresser of the ball, but so far has been a let down and I'm not sure brings anything to the team really.

Haaland tho man is on another planet, abosulately ruthless in front a goal, that goal seemed so awkward, but he still found the back of the net. Cancelo cross was worldly too.

Agreed. I watched his interviews straight to the point, always thinking about the next game and how he can help his team, what else he can learn.

Mahrez talent is world class, ballon d’or potential, his passiveness is what kills him. Something happened to him at city.

He takes no responsibility for the attack. It’s odd. He’s hyper focused on retaining the ball.

Haaland has proved the difference for Man C again, in previous yrs most likely they would have missed the chances n scored less n hence not win as much. His speed n finishing in the box guarantees goals which obviously wins u games.

As Cas pointed out the issue with Pep wingers, but thats just gonna be the way it is

Also Pep is again too cautious n wanting control for most of the match until they went behind they started really going for it, it will always be his weakness... luckily theres now Haaland to help n lets see if it will be enough for Man C to win it this season

FennecFox7 wrote:Mahrez talent is world class, ballon d’or potential, his passiveness is what kills him. Something happened to him at city.

He takes no responsibility for the attack. It’s odd. He’s hyper focused on retaining the ball.

I think I recall Pep suggesting that he has issues with motivating himself. He clearly has a lot of talent, but he seems to be quite inconsistent in his performance level. I missed the match against Copenhagen today, but it looks like he got on the scoresheet in the second half.

Another penalty miss from Mahrez

He's such a technically skillful player, but he looks like he's playing with nothing at stake these days.