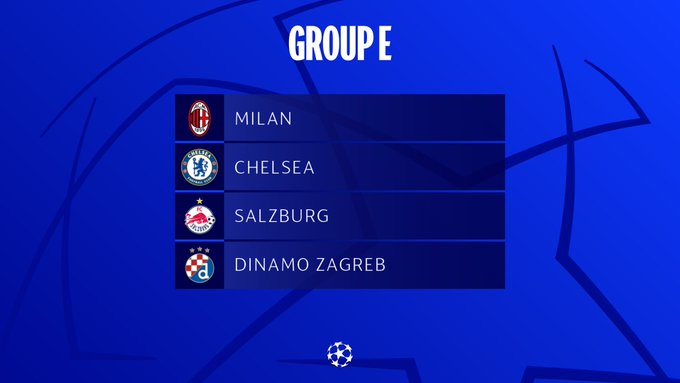 Fofana just got destroyed by Orsic, some career-ending play and dribble. Zagreb 1-0.

Kaladin wrote:Fofana just got destroyed by Orsic, some career-ending play and dribble. Zagreb 1-0.

that was on Koulibaly for losing a header against a guy half his size.

Chelsea have no creativity at all. No identity, no structure. It's constantly just pass and hope with them.

they've fluked a couple results in the PL if not for that I'd think Tuchel would be gone by October, I still think he gets sacked by December barring an absurdly lucky streak

Lmao Havertz. What a fraud

Ziyech has been atrocious

Milan are too average in Europe ... and we're talking about the best in Serie A ...

Robespierre wrote:Milan are too average in Europe ... and we're talking about the best in Serie A ...

You're better than to resort to that. Milan are effectively consistent in Serie A, the most consistent if not clutch in key moments.

Inter if you notice are better as of recent in their play in Europe than Milan since Inter play more attuned to what works in CL ground of play than Milan who are inexperienced in that but also a bit less attuned to the current climate of CL football.

Away in Stamford Bridge with so many injuries plus Chelsea's new manager bounce...yeah we were never gonna win this.

Time to switch to the PSG game

Dest may be the worst RB to ever play for Milan.

Disastrous performance that I think is the main reason we got overran for most of the game. It was like playing with 10 men.

Lord Spencer wrote:Dear may be the worst RB to ever play for Milan.

Disastrous performance that I think is the main reason we got overran for most of the game. It was like playing with 10 men.


Barca's scouting team is unmatched, its quite remarkable really how bad they are at recruiting players

harsh red against milan and now penalty, shame, need u to win for my Bennacer upgrades on FUT ffs

This may have been the softest penalty and harshest red I have seen all my life.

Literally happens hundreds of times a year without even a foul called and we get a red in the 18tg minute because of it.

This also showcases how red cards are fundamentally egregious collective punishments. If Mount scores, its not even a card and Milan are much better placed for a comeback. While we would have most likely lost at that point, it wouldn't be because of a man disadvantage.

In the modern game, I don't think you can get a result against an equal side with a man down. So by giving a red in the 18th minute, the refay as well whistled the match and let us all go. Imagine the extreme waste of a CL match that was for fans in the stadium and watchers.

This could have been another 3-3 nail biter instead of the procession it was.