@Art Morte wrote:Yahoo rankings seem mostly pretty sensible to me, there are just some oddities there. Like, I would never draft Drummond 21st (inbe4 I do that) or Mitchell Robinson 30th, like wtf?

They heavily favor blocks in their analytics i think, which is why a lot of bigs are quite high.

Yahoo rankings aren't too bad, but like you pointed out there are some oddities.

Steph should be real good this season. But I feel like going for someone more balanced like KAT over him. KAT gives you points, rebounds, assists, blocks and isn't too shabby with threes and his percentages as well.

There are certain players i really want to avoid and hope i'm not forced into having to pick because of draft order and lack of better availability. Kawhi and Jokic for instance to name a few.

I'll definitely pick Beal over Kyrie, and i think Trae Young will be massive this season. He finished off last season really high and got his percentages to a decent rate, and he'll only still improve. He also needs to learn on cutting down on the turnovers, which I'm sure he will improve with age.

If you have the no 1 pick and you aren't picking Steph then you're picking Giannis lol.

You ain't leaving both on the table.

You don't think there's an argument for taking Davis at 1?

Giannis numbers will be better, the only reason Steph is the alternative is because he offers a completely different way of winning.

Davis stats will be Giannis but a little worse because he's playing with Lebron.

Do they factor in how many shots a player takes when averaging your FG% score for your team?

For instance Steph might go for 12/24, and someone else goes for 2/4, technically they both have 50% FG but in averaging out for your team's FG% does Steph give you a better return for some reason?

No but volume matters over the whole week for obvious reasons.

that's what i meant, okay thanks.

I think it's justified to take any out of Curry, Antentokoumpo, Davis or Harden as first. Harden and Westbrook played together last night and judging by the boxscore Harden played just like he was playing before Westbrook, had something like 16 attempted threes and 40 points while Westbrook's stats were meh. The only reason for not taking Harden as the 1st overall pick would be that Westbrook is going to take away some of his usage, but that might not happen.

I was salty last year that I picked Kawhi and he then was being load managed every 3rd-4th game, wouldn't surprise me if he played more now with Clippers. It's just difficult to tell.

Jokic puts up so wildly different numbers from game to game that he's going to be frustrating.

Seems to me like there are about 25 players you can happily pick in the first three rounds, but after that you're starting to take gambles. Like, how good are Porzingis, CP3 or Tatum going to be this season?

I would be perfectly fine with any of those 3 that you mention lastly. Porzingis obviously a bit tricky in terms of just coming back from injury, but i'm sure he will still put up productive numbers.

Would you rather pick Lonzo or Oladipo?

I tried a bit of mock drafting, it seems you can never end up with what you want, no matter how low you set your standards. I tried mostly the same players and ended up with completely different teams.

Might just have to wing it tbh. I had the closest to what I want when I was the 10th pick, because you get two choices in a row.

^^ sure and you can explain that through an instantaneous control factor. Your judgment and assessment of your control over your eventual fated decisions becomes more concentrated when you have two picks in a row, because when you make one pick you have exactly in mind what kind of player you want to go for next and you satisfy this model by exactly choosing that player in the next pick. However of course, this gets cut when there is other drafts in between your picks because most likely your fellow social actors will be making use of similar computational mechanisms of team building that you exhibit in that moment of time, hence resulting in them picking players of the same capabilities which you had in mind for your next pick.

This however doesn't necessarily mean that it is going to be a better draft placement that results in a "wiser" chosen team overall. Because control at the end of the day is just a mere illusion.

If i get the #1 pick can i switch with someone ?

and no, you cannot switch draft positions because Yahoo randomly decides it for us

Use Mockdrafts as a way to help define your strategy, you will never get what you want tbh. ( If you do then the likelihood is the people in your draft are doing a bad job)

But if you have a good general gameplan for building a team then you should be able to adapt to other people "taking" your picks.

I just hope I don't have to choose between the load management machines Leonard and Embiid and the inconsistent Jokic as my first round pick.

@Art Morte wrote:Yahoo rankings seem mostly pretty sensible to me, there are just some oddities there. Like, I would never draft Drummond 21st (inbe4 I do that) or Mitchell Robinson 30th, like wtf?

They heavily favor blocks in their analytics i think, which is why a lot of bigs are quite high.

My gut reaction is that someone like Mitchell Robinson is so incredibly amazing at blocking (and he's elite in fg% too) that just having him in your team, as long as you aren't super guard heavy, means you have a great chance of winning that cat.

Blocking is also a bit more reliable than stealing, too. And given that those are cats with lower #'s across the board, players who are good at them get valued higher even if their numbers across the board aren't eye popping.

Look at how Kyle Anderson has been consistently ranked over time.

I do rate players like Robinson. His ranking is definitely high but I don't think it's that ridiculous given what he brings to the table

All true, no arguments here.

Just did a mock with how many good guards there still were in the 50-60 range i might consider going wing heavy to start with.

Maybe draft an elite big as well if the opportunity is there early, i think i underestimated how far you have to go before average guards start being picked.

The only thing that really annoys me about the draft (I did a mock draft this morning, for fun/practice more than any sort of strategy) is that it seems like the first couple picks you kinda have to go for the best player possible (because why wouldn't you?), and then those players that fall to you kind of determine what you're going to do with the rest of your draft.

To put it more simply, it seems like where you fall in the draft is kind of destiny as far as your strategy.

The obvious caveat is that you can refine your team a lot based on what you do AFTER the draft through trades and free agent pick ups.

I'm taking him with my first pick now.

@Art Morte wrote:Difficult to build a team in your mind because the first couple of rounds in the draft will impact it quite a lot. I have 2 or 3 players in mind that I might try to pick "too early" just because I like them.

I guess this is exactly what I was saying, now that I've read through the last two pages more

I'm taking him with my first pick now.

what if that was a decoy 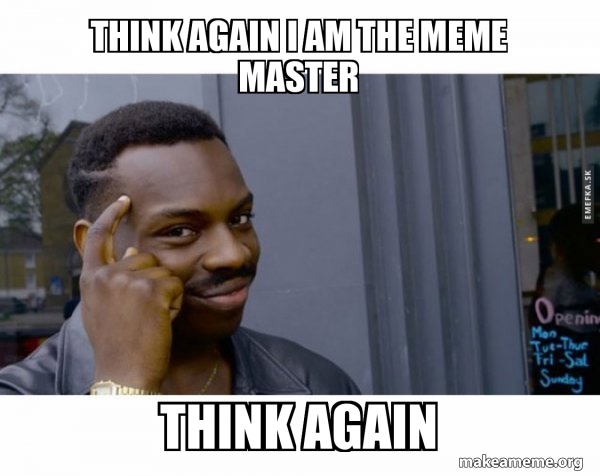 Page 6 of 40
Permissions in this forum:
You cannot reply to topics in this forum
Latest topics
» Israel (are the most brainwashed people on earth) vs Palestina

Today at 9:08 pm by BarrileteCosmico