My point is to say that not everything was looking good for Zidane, despite winning the champions league. I think there is a clear understanding from many fans that the team had reached the end of its natural cycle.

There is little evidence to show that we would be in better shape with him looking ahead to the next season. Changes bring uncertainty so I understand why people would think like Valk.

But it's important to recognize that winning the CL in spite of the team form last season was extraordinary.

I know him leaving might leave us in a precarious situation if we don't find adequate replacements but i for one can't wait for him to leave, fin de ciclo imo. I've never been a huge fan and i would never get a CR7 jersey but i respect him and what he did, hope he gets a nice sending off and bye bye.

We're older... we can't sustain a league season. This past season made that abundantly clear. We made things worse by literally having no depth at certain positions and relying on babies.

My solution would have been to bring youth to certain positions (replace Benz and Bale) and add really good depth.

Everyone started last season in poor form... i mean all our WC players together. Not sure if you can solve that really. When you win a lot, you get complacent. Happens to all dynasties unfortunately.
_________________

@The Madrid One wrote:I know him leaving might leave us in a precarious situation if we don't find adequate replacements but i for one can't wait for him to leave, fin de ciclo imo. I've never been a huge fan and i would never get a CR7 jersey but i respect him and what he did, hope he gets a nice sending off and bye bye.

They're saying he doesn't want a sending off and I wouldn't be surprised if that's true.

the times of change are finally upon us.
though cr7 leaving first was the last thing i expected.

So here it is, team for this season

Btw, I take it all back Valk re Hazard. Playing as a winger as he did in this game, I am all for him coming. But we have to get a CF. Mpappe please and if nit break the bank and get Kane!

Bill do you have Morata coming back to be backup? Lopetegui didn't even include him in his WC squad getting beat out by Rodrigo and Aspas.

why would mbappe come here when ronaldo and zidane just left. Those were the only reasons why he would come here

Mbappe would come if he wanted to be the main man at the biggest club in the world. Same reason why any big name player would want to come.

LOL, im not even gonna comment about that B spanish squad lol

but an attack with Isco, Hazard, Mbappe, in my opinion, would be a very limited attack that will struggle against many teams.

I think the best way to get the most out of Mbappe at his young age is by pairing him with a fixed CF that will drag the defense and allow him to use the space behind the CF, just my 2 cents
_________________
Madridista naci.. Vikingo sere y Merengue Moriré

As bad as Benz is, he could be that CF paired with Mbappe. I don't think we get Hazard AND Mbappe. It's one or the other imo.

Well, that is cool with me. I'm just curious what Loeptegui would want.

I think this is above Lopetegui's pay grade lol, he will work with whatever he gets
_________________
Madridista naci.. Vikingo sere y Merengue Moriré

Papers today suggesting they will pursue Neymar, Mbappe, Kane, Hazard. All are near impossible, with the possible exception of Hazard. But they say money isn’t a problem, particularly salary demans now that Ronaldo and likely Benzema and Bale are off the books.

It says if they don’t get Kane or Mbappe, they will go for Lewa or Icardi.

What doesn’t seem to be in the cards is a backup striker, implying it will likely be a cantera or Vinicius??

And the other two possible pursuits are another midfielder, if Kovacic leaves and Courtois for Navas! 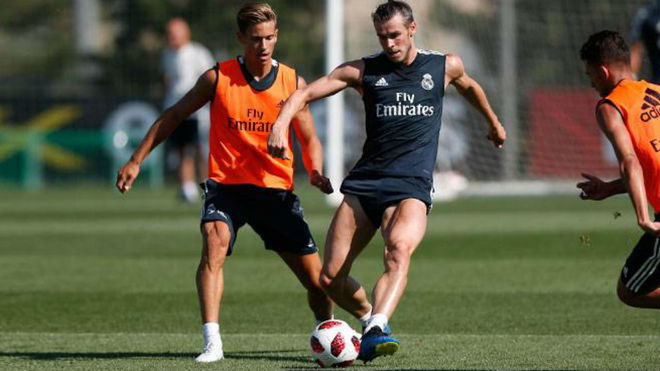 He'll proudly lead us into battle for the first 10 games before succumbing to an untimely hamstring injury and miss the rest of the season in the process.
_________________
I ****ing hate Komodo dragons

Following all the stories today, we may end up with

Although questions remain re Navas, Theo, Kovacic plus the news that Vinicius will remain. I know Nick has said no way he goes to Castilla yet what I understood is that he may be good enough to have him signed for both teams (except for portero, that hasn’t been done since Javi Garcia and Ruben de la Red). Apparently Lopetequi wants him close enough to be able to give him some playing action with first team.

This year, there has been countless criticism of what club will, might or should be doing with signings. My question for you all, is if these deals for Hazard, Icardi, Courtois are true, is that enough (or at least best we could hope for this season)?

Vini himself said he might go to Castilla or go to the first team but no matter what he will stay in Madrid.

@The Demon of Carthage wrote:Bale hiking up them shorts à la Cristiano in training - a sign that he has become the new leader of the gang

He'll proudly lead us into battle for the first 10 games before succumbing to an untimely hamstring injury and miss the rest of the season in the process.

I hope we see more of Asensio playing on the right wing this season, his shooting is his strongest attribute and by playing him on the left you're restricting that. With Zidane we played cross in to the box so it made sense but with Lope, things should be different.
_________________

As things stand now, not considering any more transfer, this is lineup

Full schedule for next season: 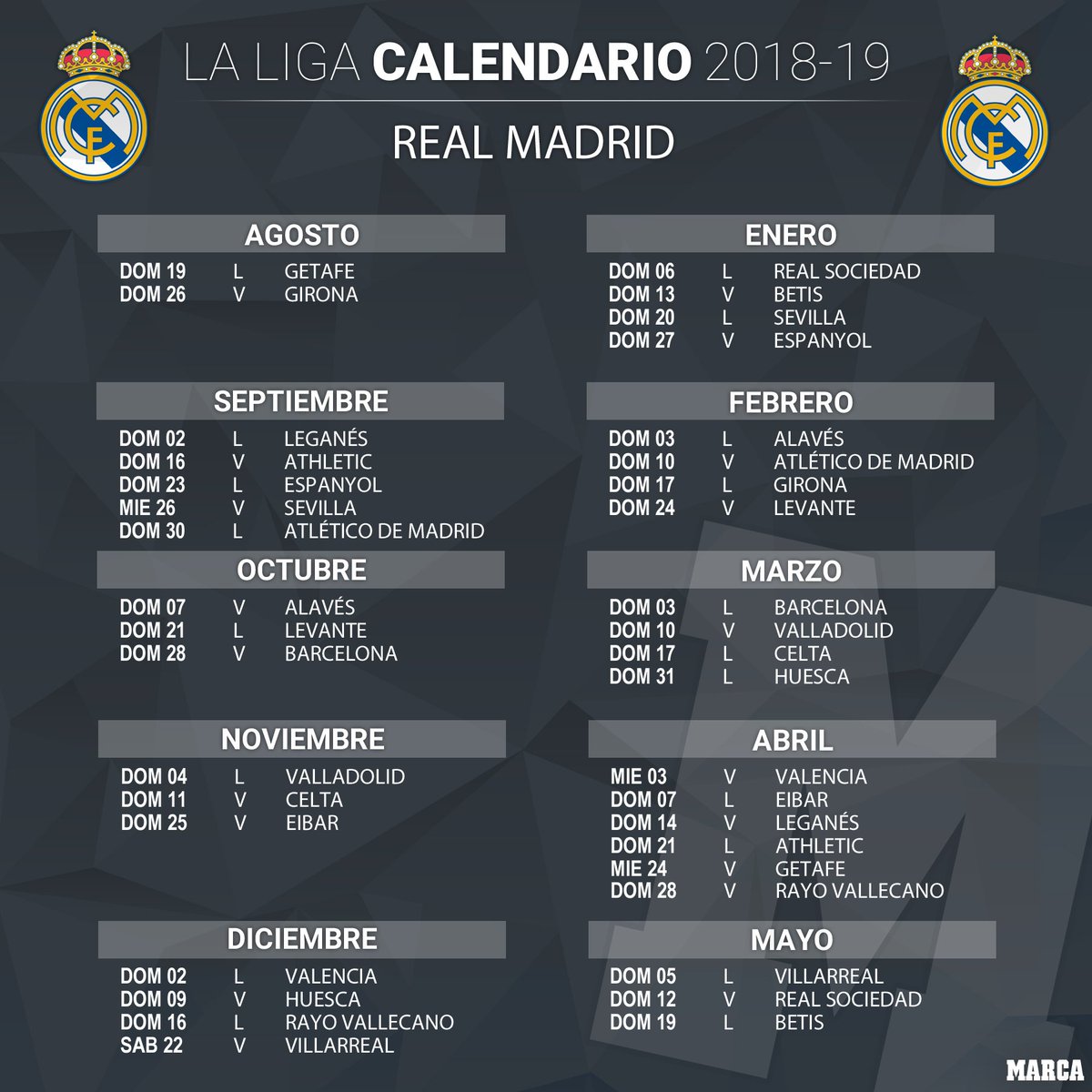