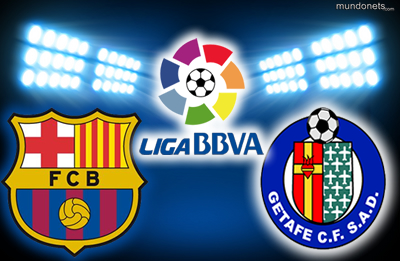 Dembele seems to be back. I think he'll feature towards the end.

Getafe are tough as nail. Also ref needs to take control of the game. All in all meh half of football.

This shit ref allowed Getafe players to butcher our players. What a dirty team.

The bus they parked was also ridiculous.

Also Valverde made a mistake by taking off Coutinho. He was our only threat in front of goal lol

Not overly concerned. I only watched the 2nd half but Barça were still able to get a number of very good chances, the only reason they didn't go in is that almost all were shot straight at the keeper. On a different day they would've been goals.

Also, Bruno should've definitely gone off. What a dirty player.

Coutinho had 2 good shots, I can sense the trademark Coutinho goal is coming soon. Iniesta seems to be rolling back the years.

Yerry Mina didn't do too much wrong, considering this was his first start and that too without any regular CB.

Its worrying though that Coutinho once again showing hes quite limited? Apart from that shot which he took like three times in this game, ball retaining, beating a couple of players on the half way line, he doesnt do a lot thats effective. I really hope Im wrong... but he needs to adjust and do better.

Mina looks good so far so thats a good sign.

Getafe playing exactly the way thats really troubles us, pretty much the same way Atletico Madrid plays vs us, defend with 10 in a very compact area, which is very effective, and just counters being our FBs, when done well I believe thats probably the worst tactic that we struggle against. Now its 7 points, Im a bit worried, we cant slip up anymore, cause Atletico are really at it and dont look like slipping. I'd hate to see another season that them bastards deny us!